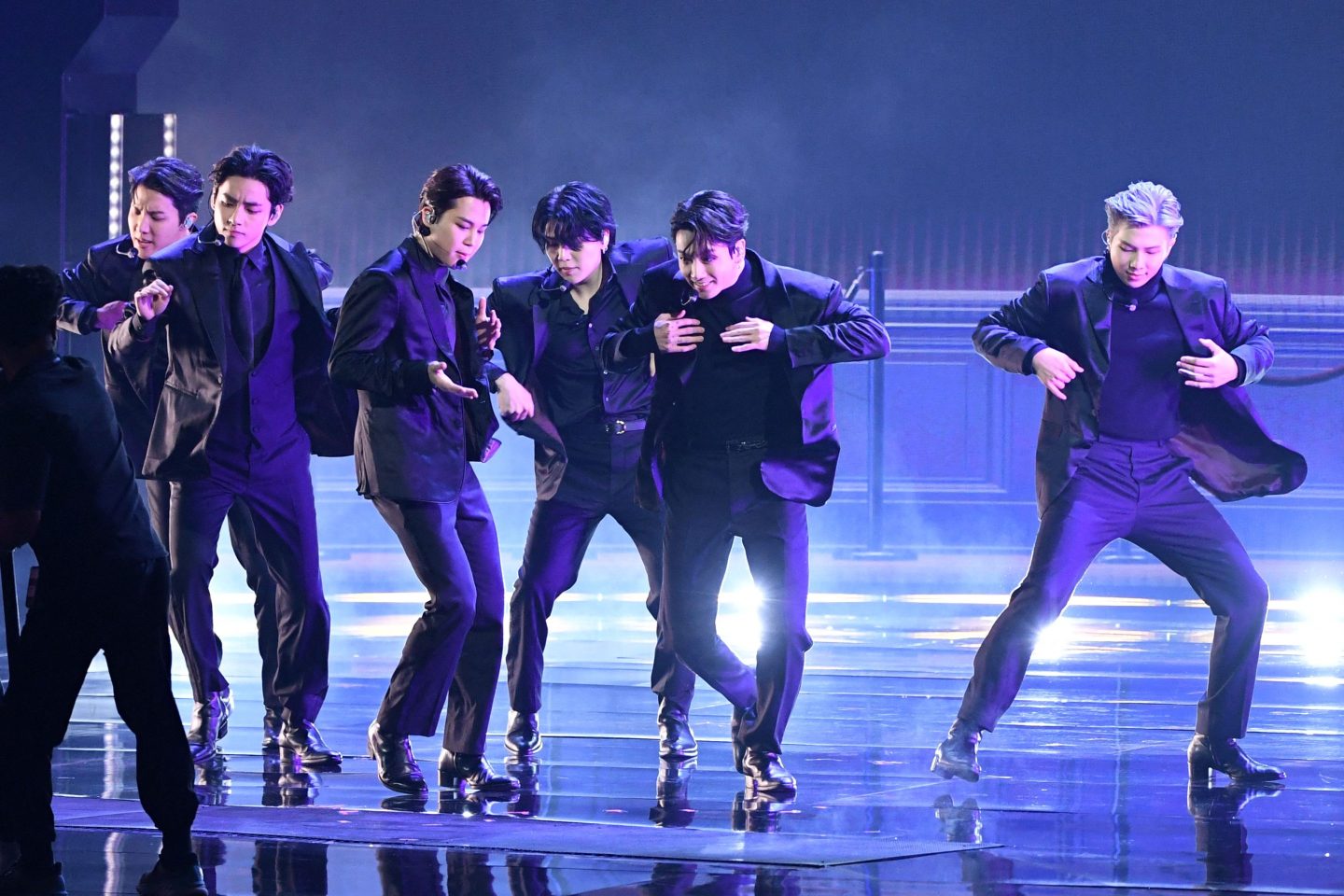 BTS’s oldest member, Kim Seok-jin—commonly known as Jin—is the first in line in the seven-member band to face enlistment when he turns 30 this December. Public debate over the band’s military service has raged for months, as lawmakers and public opinion remain divided on the issue.

The government may soon ask the public to help with its decision on BTS.

South Korea’s national defense minister Lee Jong-sup has now asked lawmakers to conduct research on the feasibility of implementing a public survey, according to the AP. The public survey would be one of the determinants in helping the government make a decision on BTS’s enlistment; Lee also said that his ministry would look into the band’s overall importance to the South Korean economy and national interest.

The South Korean government has never allowed a K-pop star to bypass the country’s compulsory military service. It provides exemptions only for elite athletes, dancers, and classical musicians.

South Korean law dictates that all able-bodied men between the ages of 18 to 28 to serve at least 18 months in the military to guard against threats from North Korea. The two countries remain technically at war, since no peace treaty was signed when the Korean War ended in 1953.

In 2020, however, the government passed a law, known as the BTS Law, to allow entertainers who have made “great contributions” to Korean popular culture to delay their service until they are 30 years old, instead of 28.

BTS has sold tens of millions of records worldwide, and its politically active fan base, known as the BTS Army, numbers 67 million on Instagram and 41 million on Twitter. BTS’s annual contributions to the South Korean economy are worth at least $3.5 billion, equivalent to 26 midsize companies, according to a 2018 report from the Hyundai Research Institute.

The 2020 law granted a brief reprieve for BTS. Now, South Korean policymakers are grappling with whether to expand military exemptions for performers like BTS.

Hee, the former culture minister, said that South Korea, and the world, stand to lose if BTS has to “suspend their activities” for military service at a time when their “achievements in promoting national prestige and their skills are at their peak.” This year, BTS visited the White House to speak out against anti-Asian racism, and last October the group performed at the United Nations headquarters to promote youth well-being.

Park Heong-joon, the mayor of Busan—South Korea’s second-largest city after Seoul—argued that instead of military service, the band should serve as ambassadors for the city’s bid to host the 2030 World Expo. “Its members will be assigned with national duties as heavy as military service, and will serve the nation in their unique capacity,” Park said.

Recent polling suggests that South Koreans support granting a reprieve for BTS. A private survey from earlier this year indicated that 60% of respondents supported a military exemption for BTS members, according to the AP.

Still, the topic of exemptions for compulsory military service is a hot-button issue as South Korea contends with growing inequality. In recent years, many young South Koreans have defined themselves as the “dirt spoon generation”—those who belong to society’s low-income group. BTS first shot to fame in South Korea nine years ago as “dirt spoon idols” because they were represented by a small, indebted entertainment firm HYBE—now a profitable public company thanks to the band’s success.

Are the “dirt spoon idols” too good for the military service that everyone else their age has to perform? The BTS Army may decide.