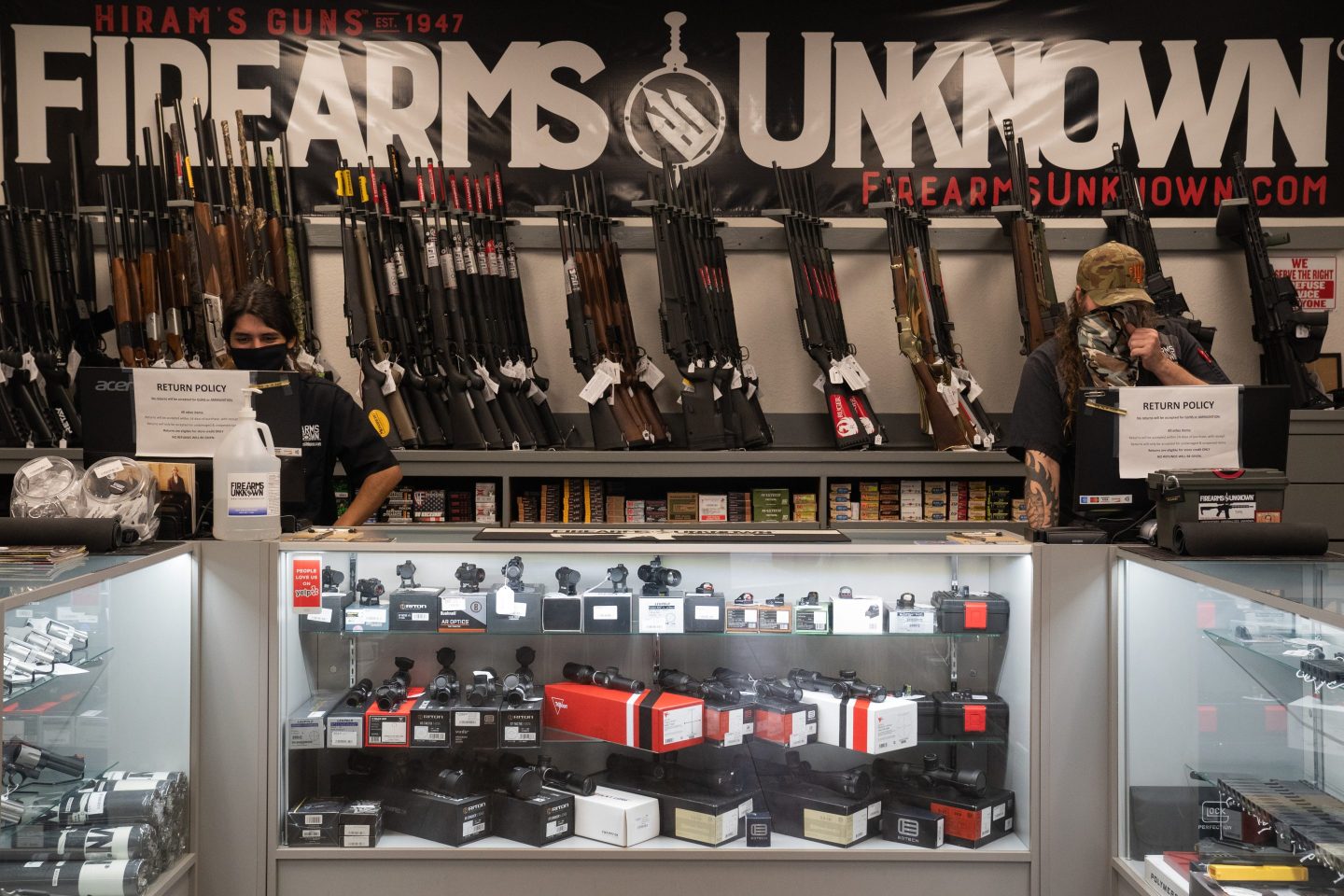 The proposals, by the city pensions for teachers, civil servants and school administrators, asked the boards of both companies to assess and publicly report their decision-making related to the creation of merchant codes for standalone gun and ammunition stores, according to a news release from the city comptroller’s office.

A merchant category code, known as an MCC, is used by credit card companies to classify businesses by the types of goods and services sold. Clothing, sporting goods stores and transpiration providers have specific MCCs, but standalone gun and ammunition stores don’t. MCCs are created by an industry panel called the International Organization for Standardization.

Creating a new code would be a first step to enable financial institutions to flag unusually large purchases at stores over a short period of time or multiple purchases at different retailers.

Establishing such a merchant category code would be a step toward “preventing gun crimes and saving lives,” Comptroller Brad Lander said in a news release. “Unfortunately, the credit card companies have failed to support this simple, practical, potentially lifesaving tool.”

Seth Eisen, a Mastercard spokesperson, said the ISO is considering a separate MCC code for gun and ammunition stores.

“We are reviewing how it could be implemented and managed by the banks that connect merchants to our network,” Eisen said. “This will help us continue to deliver a payments system that supports all legal purchases while protecting the privacy and decisions of individual cardholders.”

The gunman who killed 59 people at a Las Vegas country music festival in 2017 charged almost $95,000 to a credit card for guns and ammunition in the year before the attack, according to a CBS News report. A man who opened fire at a nightclub in Orlando, Florida, put almost $26,000 on credit cards in 12 days, according to CBS.

The shareholder proposal asks Mastercard and American Express for reports on governance of MCC standards and the disclosure and justification for their position on any application to create an MCC code for gun and ammunition stores. Ignoring or failing to mitigate risks could threaten share-holder value, Lander said.

The pensions didn’t file a shareholder proposal with Visa because the deadline for resolutions passed, according to a spokeswoman for the comptroller.