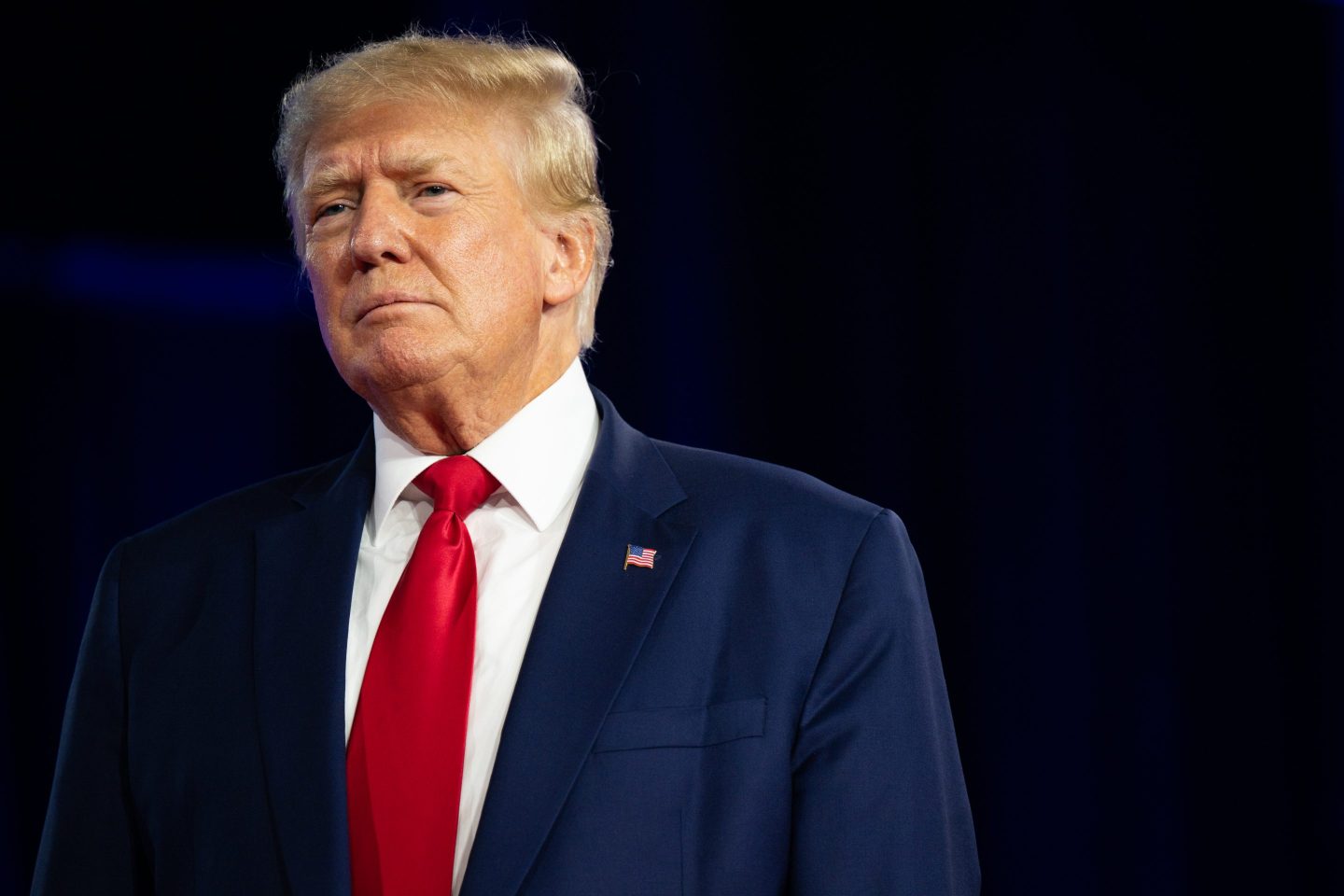 Federal prosecutors are likely to wait until after the November election to announce any charges against Donald Trump, if they determine he broke laws, according to people familiar.

The unprecedented prospect of bringing charges against a former U.S. president is creating intense scrutiny of the Justice Department in the aftermath of its search of his home at Mar-a-Lago. A separate DOJ probe is focused on his effort to overturn the 2020 election, which he lost to President Joe Biden.

Under long-standing department policy, prosecutors are barred from taking investigative steps or filing charges for the purpose of affecting an election or helping a candidate or party, traditionally 60 days before an election. This year, that would be by Sept. 10, which makes it unlikely anything would be announced until after Nov. 8, said people who asked to remain anonymous speaking about potential Justice Department actions.

To be sure, the department has ignored that policy in recent years with moves interpreted as political interference. Most notable was when former FBI Director James Comey revealed that the Federal Bureau of Investigation was reopening a probe into Democrat Hillary Clinton’s use of a private email server just days before the 2016 presidential election, which critics say damaged her campaign.

And in 2020, former Attorney General William Barr announced in the weeks before the presidential election that department officials could make public announcements and take overt investigative steps with regard to voter fraud cases, a move seen as amplifying Trump’s unsupported narrative that there was massive voter fraud.

This time around, the impact of any criminal case against Trump would likely be significant. While he isn’t on the ballot in November, Trump has endorsed candidates who are, and he leads a fierce political movement. He recently demanded that he be reinstated as president or a new election held. Trump also might declare he’s running for president prior to November, which would make him the instant frontrunner for the Republican nomination.

It’s not clear if any of the investigations into Trump will have reached the point by November that a decision on charging him could be made, according to two of the people who asked to remain anonymous. And the department isn’t facing any urgent charging deadlines that must be met before November, they said.

However, nothing stops investigators from taking non-public actions in their investigations, which could include obtaining indictments under seal.

Attorney General Merrick Garland took over the department with a pledge to keep investigations free of political interference and to restore the agency’s independence and integrity. In May, he issued a memo stating that the election-year policy applies to the 2022 midterms.

“Simply put, partisan politics must play no role in the decisions of federal investigators or prosecutors regarding any investigations or criminal charges,” Garland said in the memo. The Justice Department declined further comment.

The department has chronicled its investigative steps in recent court filings. In a filing late Tuesday, the department said it developed evidence that White House records held in a storage room at Trump’s Florida home may have been concealed or removed before a June FBI visit to collect classified documents, suggesting possible attempts to obstruct the investigation.

The FBI executed a search warrant on Trump’s home Aug. 8, when agents removed 20 boxes of material containing 11 sets of classified materials, according to another filing.

Announcing charges against Trump prior to the election likely would be seen as a political ploy by his supporters to damage him and his endorsed candidates, and could fuel unrest in the country.

South Carolina Republican Senator Lindsey Graham, for example, recently warned during an interview on Fox News “there literally will be riots in the street” if Trump is indicted for mishandling classified information. Trump immediately posted the clip to his social-media site.

The department is still in the early stages of investigating whether Trump broke any laws with regard to the classified documents, Jay Bratt, chief of the department’s counterintelligence and export control section, said during a recent court hearing.