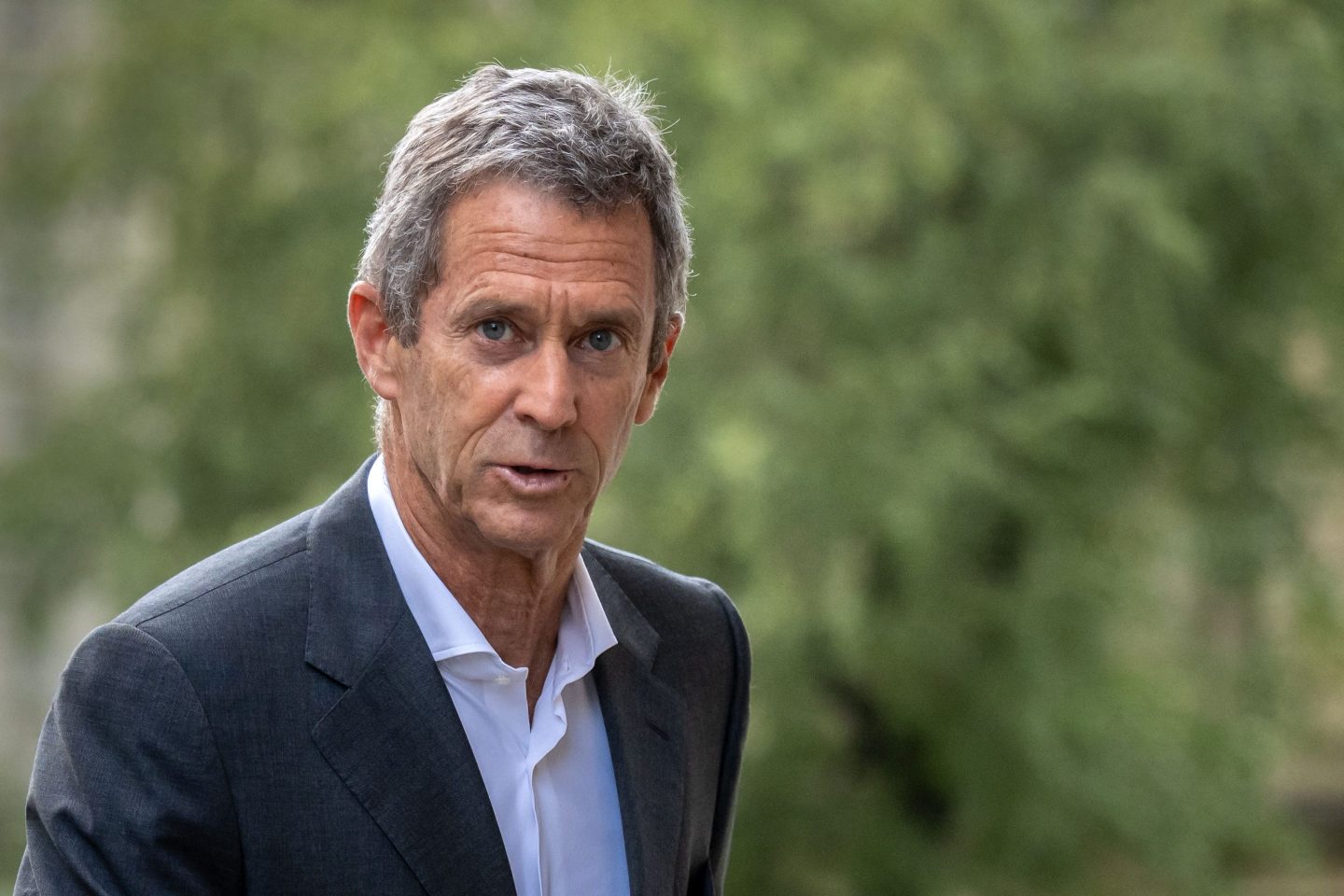 French-Israeli diamond magnate Beny Steinmetz looks on as he arrives for the third day of his appeal against a corruption sentence linked to mining rights in Guinea, at the Geneva's courthouse, on August 31, 2022.
Fabrice Coffrini—AFP/Getty Images

Beny Steinmetz, the Israeli mining tycoon fighting a bribery conviction, told a Swiss court that the scandal has taken a heavy toll on his reputation and finances.

During testimony on Wednesday, the one-time diamond trader said relations with his bankers have become more difficult since his conviction, given the headlines that followed the Geneva court ruling in January, 2021.

“When my entourage reads what’s published in the press about me, they say ‘that isn’t the Beny Steinmetz we know,’” he said. “My financial situation has only deteriorated and it’s very complicated with the banks now.” He said he has between just $500,000 and $1 million held in accounts in his name with two banks, but declined to comment when asked what he estimated his larger fortune to be.

Steinmetz, 66, is seeking to convince a trio of judges that fundamental mistakes were made by the Swiss judges who misinterpreted how he won the rights to the Simandou iron-ore mine in Guinea.

Steinmetz, dressed in a gray suit and white open-necked shirt, made the comments in response to preliminary questions posed by chief prosecutor Yves Bertossa on Wednesday.

The businessman was found guilty of bribing public officials in Guinea to secure the concession for the vast mountain of ore worth billions of dollars, and was sentenced to five years in prison and ordered to pay a penalty of 50 million Swiss francs ($52 million). The initial trial took place in Geneva as Steinmetz lived there until 2016.

Steinmetz said he retains just two homes, both in Israel with a value of $40 million to $50 million. Asked by Bertossa to describe his annual income, he declined to comment.

He was then challenged on the specifics of various payments and contracts between his company BSG Resources Ltd., Guinean citizens and local intermediaries that were successfully cited as evidence of bribes to convict Steinmetz.

He replied that he didn’t know because he is the beneficiary of Balda, a Liechtenstein-based foundation that controls BSGR’s Guinea unit through four other holding companies. He is also a consultant to Balda but isn’t a BSGR executive.

“I never had a role in the administration of BSGR, I was an entrepreneur, an ambassador and never went into those kinds of details.”

“But, Mr. Steinmetz,” Bertossa said as he loudly interrupted him, “twenty minutes ago you described this project as if it was your child.”

“You have to ask the people that ran the company,” Steinmetz continued.