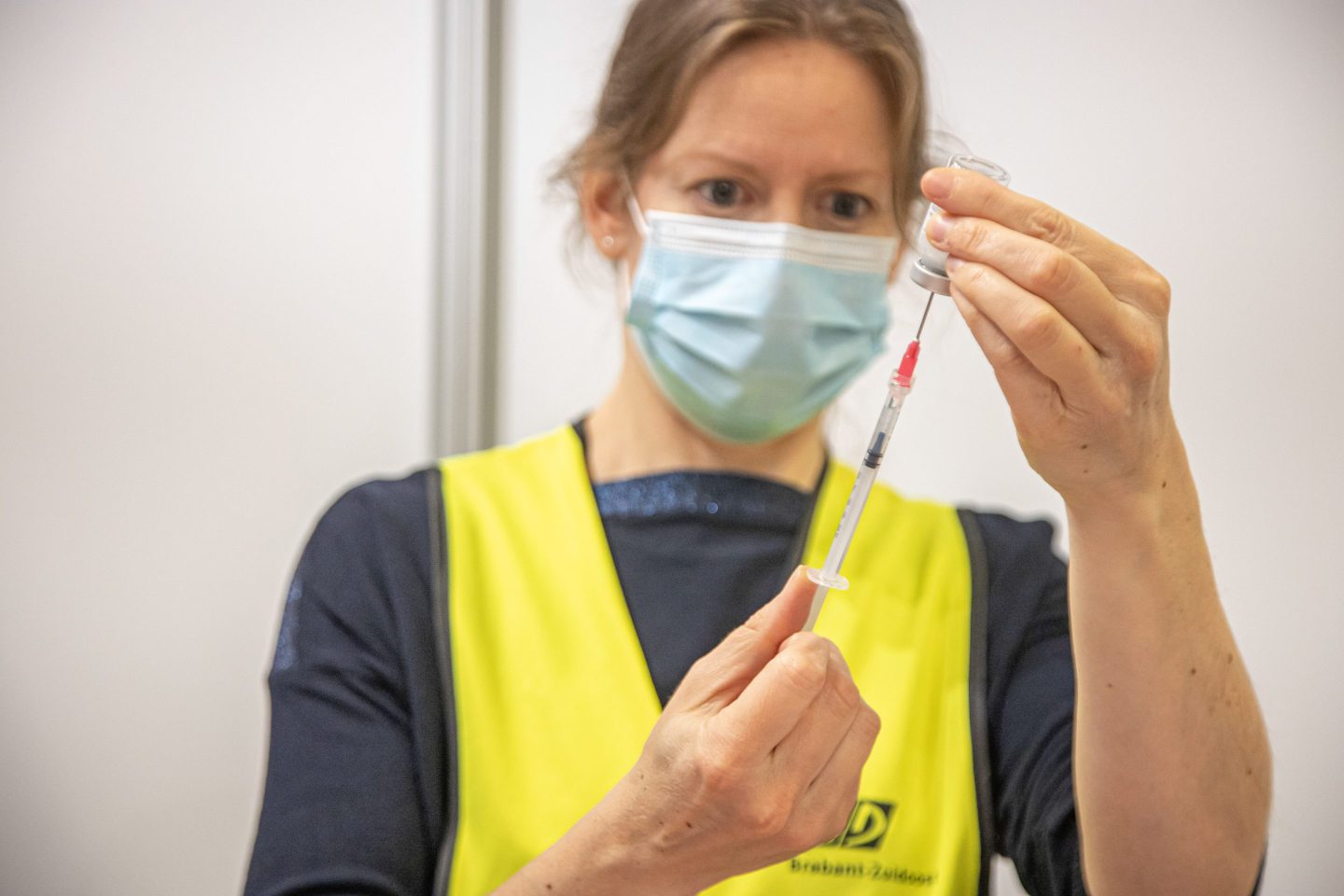 COVID-19 boosters that target Omicron and its subvariants may be available in Europe in the coming days.
Nicolas Economou—NurPhoto/Getty Images

Europe’s drug regulator is set to recommend Omicron-tailored vaccines from the Pfizer Inc.-BioNTech SE partnership and Moderna Inc. Thursday ahead of a fall rollout of booster shots across the continent.

An advisory panel of the European Medicines Agency will meet Thursday to consider the two bivalent mRNA booster vaccines, which target the original version of the coronavirus as well as BA.1, an early strain of the Omicron variant that fueled new COVID-19 infections last winter.

“I expect a positive recommendation on both vaccines,” Peter Liese, spokesperson for health policy at EPP, the largest political group in the European Parliament, told reporters in a video conference Wednesday. “Companies are willing to deliver.”

A formal approval by the European Commission, the EU executive, is expected later this week. The move comes as governments around the world gear up for fall booster campaigns. The U.S. Food and Drug Administration authorized Pfizer-BioNTech and Moderna shots designed to target the latest Omicron subvariants, BA.4 and BA.5, on Wednesday.

Once they get the green light, the drug companies will be able to supply vaccines “within days,” with Germany expected to start offering updated shots next week, and France planning to administer shots alongside a flu campaign in October, Liese said. Although not a silver bullet to stop the pandemic, the updated vaccines will offer better protection, he added.

Doctors had previously been relying on booster doses of the original vaccine to shore up protection against Omicron. As the virus has mutated it has been able to sidestep immunities generated by existing shots and has caused more breakthrough infections, though most only resulted in mild disease.

Earlier this month, the U.K. became the first country in the world to approve Moderna’s omicron-adapted shot and said it boosted the arsenal of vaccines available to fight an evolving virus. However, British health authorities also said people should take whatever booster shot is offered to them as all shots, including the original versions, still offer very good protection against severe illness from COVID.

Pfizer and BioNTech have also sought approval in the EU for their bivalent booster that targets the BA.4 and BA.5 Omicron subvariants, the version that will be sold in the U.S. Moderna also plans to submit that version of its booster to European authorities for approval, a spokesman said.

—With assistance from Naomi Kresge and Dong Lyu.