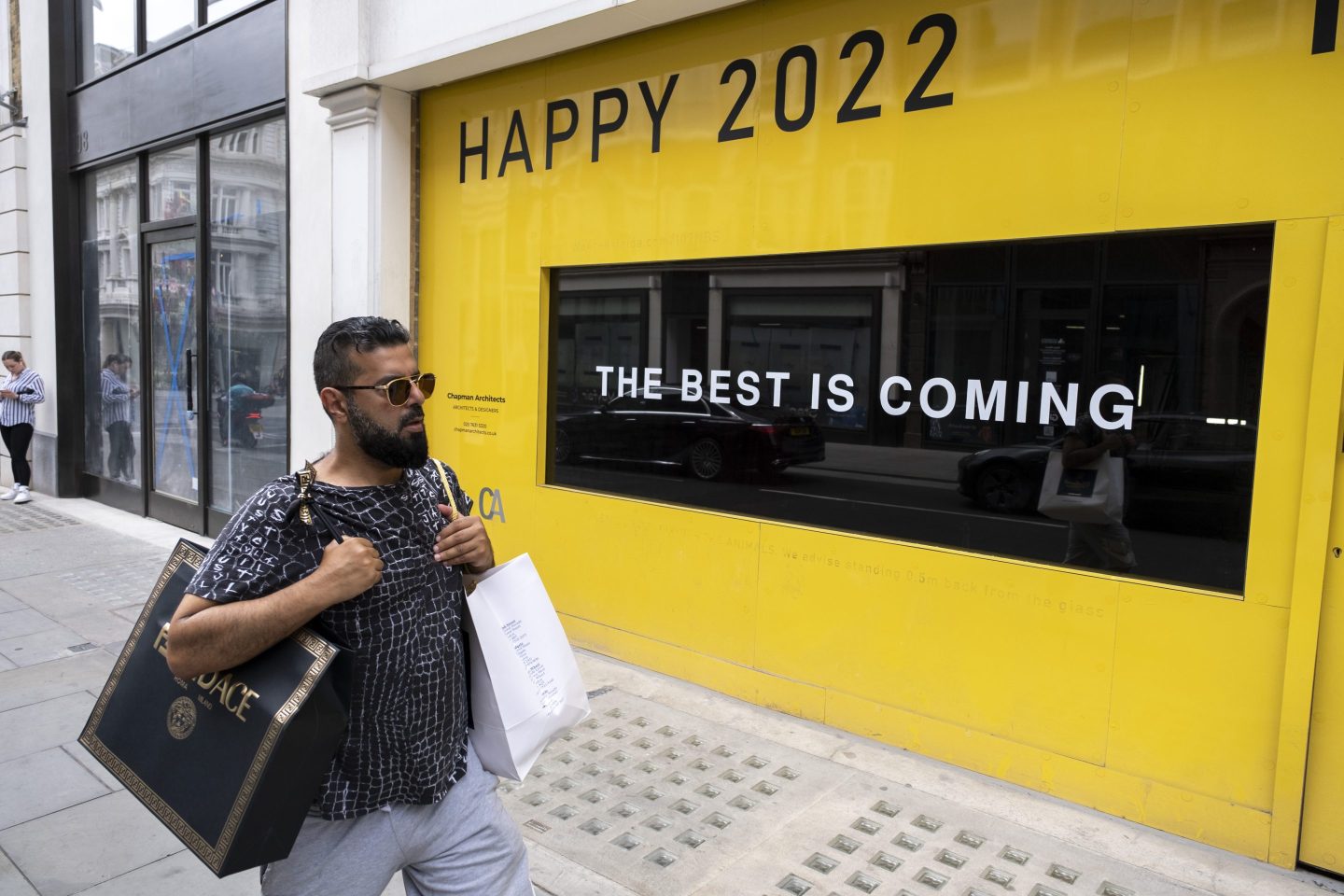 U.S. consumer confidence rose by more than forecast in August to the highest since May, suggesting that Americans are growing more optimistic about the economy amid falling gas prices.

The Conference Board’s index increased to 103.2 from a downwardly revised 95.3 reading in July, the first increase in four months, data Tuesday showed. The median forecast in a Bloomberg survey of economists called for a rise to 98.

A measure of expectations—which reflects consumers’ six-month outlook—advanced to 75.1 while the group’s gauge of current conditions also climbed.

The share of consumers who said jobs were “plentiful” decreased slightly to 48%. However, six months from now, more respondents expected business conditions to improve. They said they are slightly more positive about their short-term financial prospects.

Consumer confidence has taken a hit this year amid the highest inflation in a generation, which has led the Federal Reserve to pursue aggressive interest-rate hikes. Higher borrowing costs may force consumers to cut back discretionary purchases and big-ticket items in particular, which would contribute to a slowdown in economic activity.

“Looking ahead, August’s improvement in confidence may help support spending, but inflation and additional rate hikes still pose risks to economic growth in the short term,” said Lynn Franco, senior director of economic indicators at the Conference Board.

Gas prices continued to drop in August, falling below $4 a gallon on average nationwide for the first time since March. That’s contributed to a deceleration in broader inflation, which took a separate measure of consumer sentiment to a three-month high in August.

Buying plans for major appliances, homes and cars all improved. Vacation intentions, which are reported every other month, were much higher than in June.

The median inflation rate seen over the next 12 months fell in August.

While the broader outlook is shaky, the labor market has remained resilient. Economists expect the U.S. added another 300,000 jobs in August and that the unemployment rate held at a 50-year low, ahead of data to be released Friday.

A separate report Tuesday showed job openings surged in July, indicating ongoing strength in the labor market despite growing concerns about expansion in other areas of the economy.

—With assistance from Chris Middleton, Margaret Collins and Alex Tanzi.