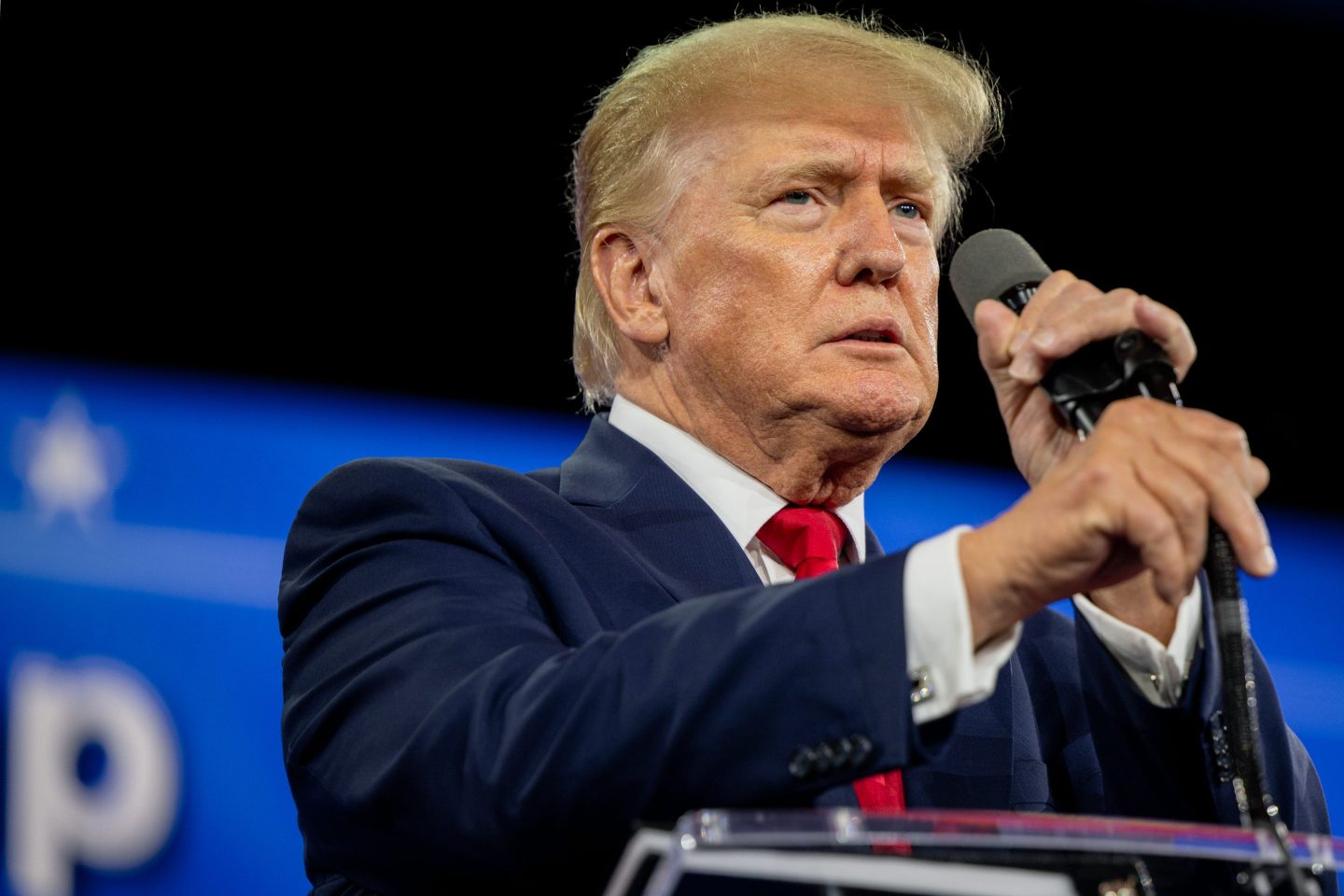 While the company has not made a public statement on the status of its payments, its top executive has continued to affirm his support of the former president.

“RightForge believes in the mission of President Trump’s free speech platform and wish[es] to continue supporting the president in his media endeavors,” CEO Martin Avila said in a statement to the news outlet.

Truth Social and RightForge did not respond to Fortune’s request for comment.

The news comes on the heels of ongoing legal trouble that has plagued the new social media outlet since it was announced last fall, months after Twitter banned Trump from the platform for inciting violence during the Jan. 6, 2021, Capitol riots.

The merger would value the company at an initial $875 million, according to the press release accompanying the announcement.

“I created TRUTH Social and TMTG to stand up to the tyranny of Big Tech,” Trump said in the release.

Soon after, news of a U.S. Securities and Exchange Commission (SEC) probe into the merger went public. In a series of filings over the next year, DWAC repeatedly emphasized the precarious status of both Truth Social and TMTG.

Most recently, it sought to delay the merger altogether, noting that any reputational damages to Trump in the near future could ultimately hurt the company.

“​​If President Trump becomes less popular or there are further controversies that damage his credibility or the desire of people to use a platform associated with him, and from which he will derive financial benefit, TMTG’s results of operations, as well as the outcome of the proposed Business combination, could be adversely affected,” the company wrote in an SEC filing made public last week.

In May, DWAC noted that while Truth Social has the potential to make significant revenue in the future, there’s no evidence to support that hope in the present.

“There is no operating history upon which to base any assumption as to the likelihood that TMTG will prove successful, and TMTG may never generate any operating revenues or ever achieve profitable operations,” the company wrote in an SEC filing. “If TMTG is unsuccessful in addressing these risks, its business will most likely fail.”

In June, the SEC stepped up its investigation into the merger, issuing document requests and subpoenas to DWAC. A federal court in New York also subpoenaed members of the company’s board of directors.

DWAC has a shareholder meeting planned for early September. Ahead of that meeting, the company is asking investors to vote “yes” on delaying the merger for 12 months.

“Without the Extension, the Board believes that there is significant risk that we might not, despite our best efforts, be able to complete the Business Combination on or before the Termination Date,” the company wrote in last week’s SEC filing, adding that if it can’t meet the deadline, it would be forced to liquidate.