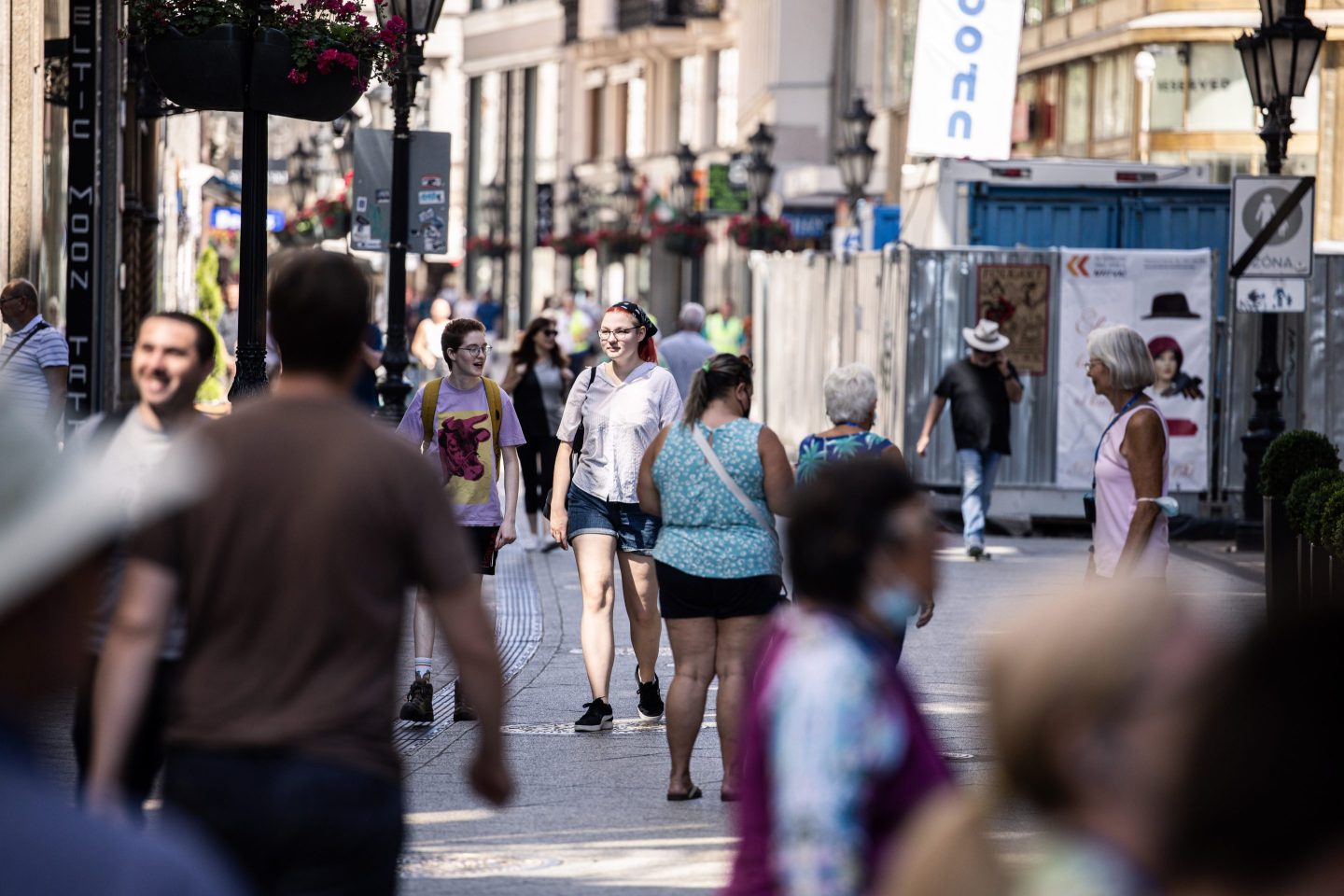 A controversial study published in Hungary suggests having too many female college graduates threatens the economy and demographics by skewing education in their favor and making it more difficult for them to have children.
Akos Stiller—Bloomberg/Getty Images

Hungary, whose social policies have sparked international condemnation over everything from its treatment of migrants to LGBTQ rights, now appears to be taking aim at educated women.

Having too many female college graduates threatens the economy and demographics by skewing education in their favor and making it more difficult for them to have children, according to a report by the State Audit Office. The work, entitled “Signs of Pink Education in Hungary?!,” was published on July 1 and reported by Nepszava newspaper on Thursday.

The emergence of the report underscores just how Hungary is increasingly out of step with its fellow European Union members, not just politically but socially. Prime Minister Viktor Orban has sought to emphasize what he has described as “traditional” values in his self-proclaimed “illiberal democracy,” including enshrining in the constitution that a family is comprised by the union of a man and a woman.

“The brunt of inequality in Hungary is borne by women,” said Anna Komjathy of the Democratic Union of Teachers. “The notion that men’s access to higher education is hampered by women is frankly a joke.”

The study came from a separate state body and not the government, though it was quickly criticized by local media as the latest product of the macho political culture fostered by Orban, who refers to tough tasks as “work for men.” Like many European nations, Hungary suffers from a low birth rate, which Orban’s nationalist party says threatens the country’s future.

“Where there’s a difference in the educational attainment of a marrying couple, the bride is usually more educated than the groom,” according to the report. “If this tendency continues, the inequity in higher education may risk a drop in births due to the reduced probability of women choosing to marry and bear children.”

The study said this stemmed partly from women being over-represented in the teaching profession, leading to “male attributes being underrated, possibly penalized” in the classroom.

It didn’t mention gender inequality elsewhere. There’s just one woman in Orban’s 15-member cabinet, and women comprise about 13% of lawmakers in Hungary, the lowest ratio among the 38 members of the Organisation for Economic Cooperation and Development after Japan.

—With assistance from Veronika Gulyas.