It’s OK to ‘gamble’ on speculative meme stocks, Jeremy Siegel says: ‘If you’re into gambling and you like that, fine, go to it’ 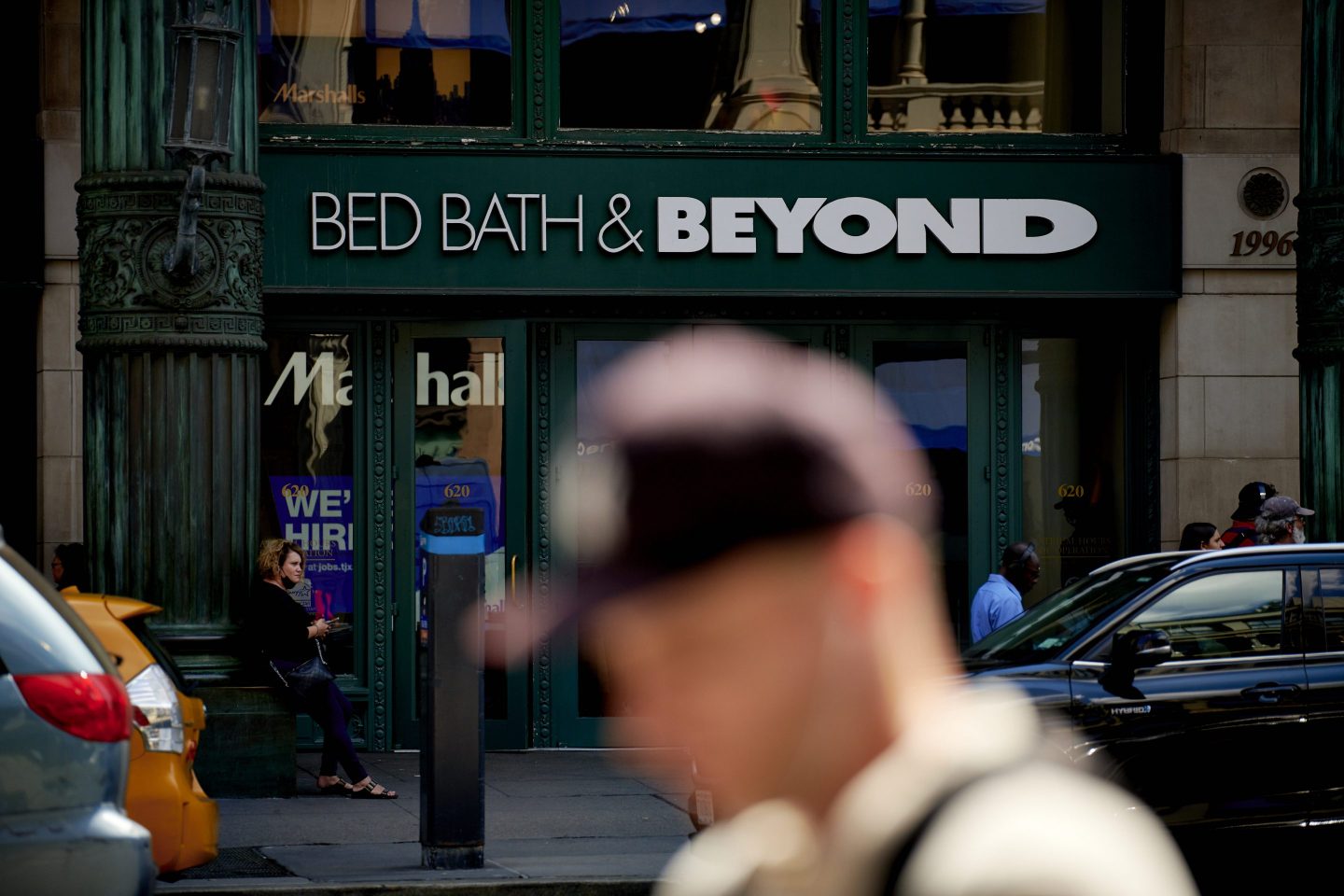 Signage outside a Bed Bath & Beyond retail store in New York on Aug. 25.
Gabby Jones—Bloomberg/Getty Images

Shares of meme stocks like Bed Bath & Beyond Inc. and AMC Entertainment Holdings Inc. might be going bonkers again, but that doesn’t mean investors need to totally steer clear of them.

That’s according to Jeremy Siegel, professor emeritus of finance at the University of Pennsylvania’s Wharton School, who says such volatile stocks are gambling vehicles more than anything else, though the speculative bets can still be a small part of younger investors’ portfolios.

Siegel, along with Jeremy Schwartz, global chief investment officer at WisdomTree, joined the latest “What Goes Up” podcast to discuss that, as well as the state of the economy, inflation and markets.

Below are condensed and lightly edited highlights of the conversation. Listen and subscribe on Apple Podcasts or wherever you listen.

Q: In recent years, we’ve seen the growth of retail traders as an important force in markets, what we call the meme stocks. How are you thinking about that?

Siegel: Let’s take AMC, Bed Bath & Beyond, GameStop. Their total market value is what? One half of 1% of stocks or less. And even if you add a few more memes, you’re still getting an absolutely infinitesimal part of the market. Now, they may look like there’s a lot of fireworks—there’s a lot of movement. If you’re into gambling and you like that, fine, go to it. A year ago I said, somewhat conservatively, I do not think they will be rewarding to long-term investors. They’re gambling vehicles more than anything else.

But I always recommend to young people, if you want to play with 10% or 15% of your portfolio in those games, fine. But, put the other 85% into some sort of an indexed long-term fund that will have meaning for you when you finally become an adult.

I don’t want to diminish that when I say finally become an adult because some of these are adults. And by the way, some people know how to play these markets. I say, when you become retired like I am. As I said, it’s fun to play with a portion. I tell my son to play with a portion. But do not make that a big portion of your portfolio unless you have unbelievably excess money and you can afford to lose 80% of it.

Q: What are you expecting from the Fed for the rest of this year?

Siegel: What they do do and what they should do are not necessarily the same thing. At this particular point, I think what they should do is on the slightly less-aggressive side. Given the data we have so far now—again, as data rolls in, things can change—I don’t think they should go more than an extra 100 basis points through the end of the year.

Now a lot of people are surprised at my recommendation since I was certainly a super hawk and warned about inflation probably earlier than any other forecaster or economist. The reason that I am recommending on the light side here is because when I look at inflation on the ground—not in the formal statistics published by the Bureau of Labor Statistics, but actually what is happening in the active markets, in the markets that prices are determined every day, commodity markets, energy markets, and particularly even the housing market—I see declining prices. I do not really see rising prices.

It does not mean that we will not see rising prices in the consumer price index because of the way it’s constructed is very lagged to what is actually going on out there. Nevertheless, I think the increase that has taken place so far and what the market anticipates and that’s built in has dramatically slowed the money supply. In fact, the money supply has shrunk since March, which is almost an unprecedented occurrence. And as a result, although there is inflation in the pipeline, my feeling is we should not get overly aggressive at this point. I see inflation as peaking in the real world, although we’ll remain high in the statistics.

Q: You said recently that we’re already in a mild recession — can you talk more about that?

Siegel: A sort of rule of thumb, a recession is two declining quarters of real GDP. According to the official statistics, we’ve had them in the first and second quarters. And that’s what I meant. Now, I don’t think it’s going to be called a recession. The National Bureau of Economic Research, which is a private research organization, not the government, does make the official determination months later. And they look at much more than just the GDP.

But I was saying that it looked like we were in a real, if not an outright recession, a growth recession, which by the way, it looks like it’s continuing in this quarter. Estimates that I get are between zero and one. Now, we only have really data for July. But nonetheless, we’ve had an unprecedented drop in GDP while at the same time having robust labor-market growth, which is absolutely unheard of in history.

If we’ve added 3.2 million jobs on payroll and GDP has gone down, how is that possible? What are these people doing? Are they twiddling their thumbs, or are they claiming they’re working at home eight hours when they’re working at home for four hours? I don’t know. But we have something that we have never had before. And I mean 75 years of statistics, we’ve never had growth of the labor force and declining GDP before, and the magnitudes are absolutely stunning. And I think the Fed and the Biden administration should be working on this problem of how do we have all these people, new hires, and yet falling GDP. It is a collapse of productivity in the data that is unprecedented. And I mean it, by almost orders of magnitude, we have not seen anything like this.

Q: Where do you think is the best place to invest right now?

Schwartz: One of the things that we’re seeing a lot of interest in is floating-rate Treasuries. I’d still be cautious on duration. We might think rates don’t have a lot further to go, but with the inverted curve, you could get very good short-term rates and not take any of that duration risk. So our USFR floating-rate Treasury fund is now our largest ETF over $7 billion. And that, I’d say, is for the best play for the Fed and the bond market.

Within equities, certainly there’s been a huge factor rotation from the expensive growth stocks toward value and no better than one of the original ETFs WisdomTree launched 16 years ago—DHS, high dividends—has been significantly positive on the year. And that is compared to even value stocks. Value has outperformed growth. Growth has lagged. The most expensive growth has lagged the most. But high dividends being positive—obviously energy is a part of that, but it’s not only energy, it is less than 20% energy—and so the high-dividend stocks in every sector are outperforming the lower-dividend stocks in every sector.

The commodities and the dollar I think are very interesting. Because often there was a negative correlation and you thought you needed a down dollar for commodities to do well. You could say that may be one of the things suppressing gold is the very strong dollar and higher interest rates that you’ve gotten this year. But the dollar continues to go on momentum. It’s partly been a rates trade.

When you look at, say, the pound and the euro, it’s actually trading more with the energy crisis. If you look at the pound in particular, their rates were rising and the pound’s been falling. And so there’s a lot of interesting stuff in the dollar. We were one of the first people to do currency-hedged ETFs. You still haven’t seen meaningful flows to those. You’ve seen flows to the dollar. Even just this week, we saw flows come to the dollar, coming back toward highs. The currency hedging people are still betting on the euro, the yen and all their traditional international funds, which is surprising to me. But the dollar has been very, very strong on the higher Fed rates.