NBC Sports head not worried about LIV: ‘No tour in golf like the PGA’ 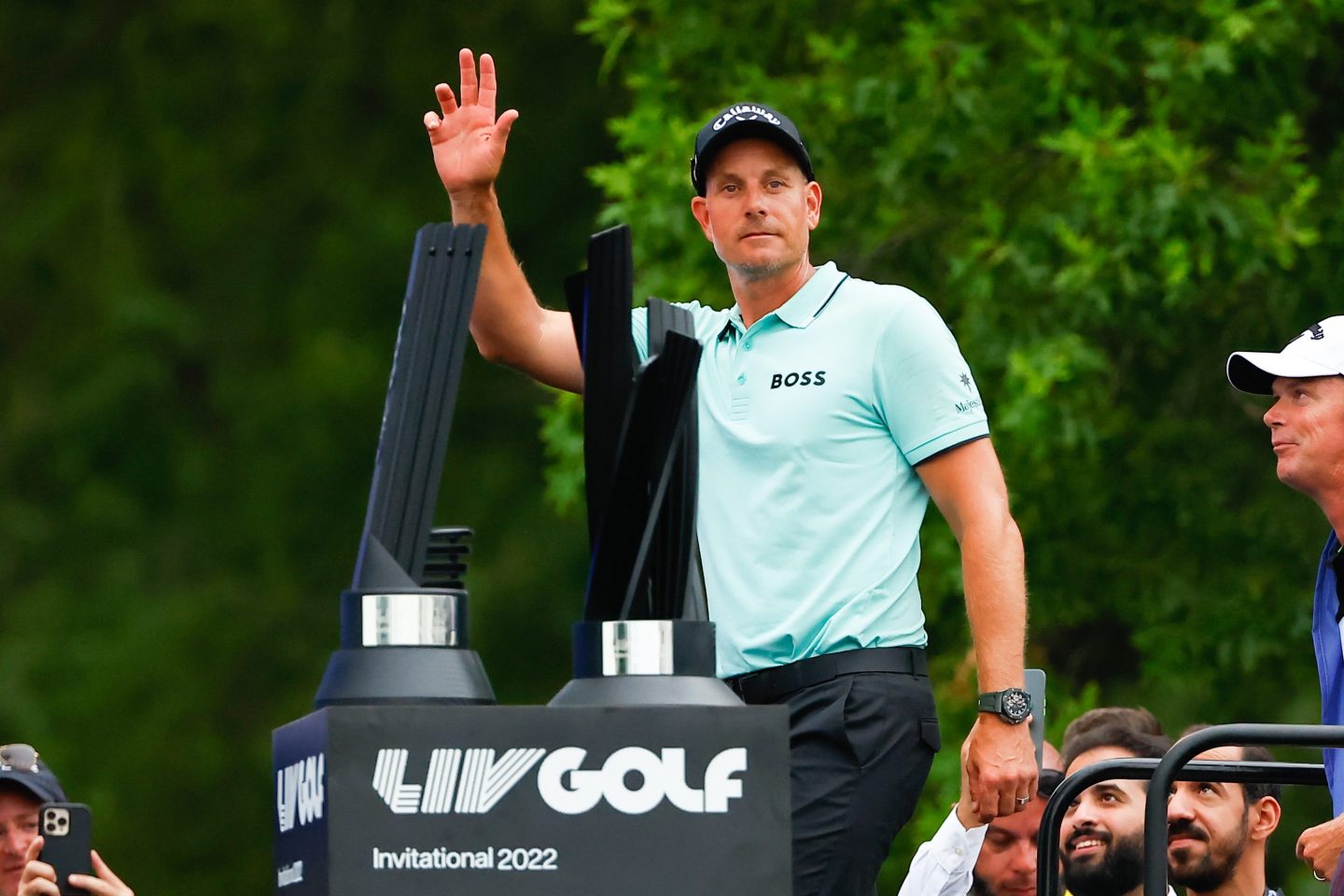 LIV Golf, the new Saudi-backed golf circuit, continues to lure big-name players away from the PGA Tour with the promise of massive paydays. But the head of one of the tour’s broadcast partners said he’s not worried.

“There’s no tour in golf like the PGA Tour,” NBC Sports Chairman Pete Bevacqua said in an interview. “It’s without peer.”

Last week the PGA Tour said it will expand its schedule of marquee events and pay golfers additional prize money next year as it tries to fend off the threat from LIV — a move that drew praise from Bevacqua.

“We feel really bullish about the health of the PGA Tour and some of the moves that have been made of late by [Commissioner] Jay Monahan and the Tour,” he said. “We feel good about where things are headed.” He added that NBC is “keeping an eye on everything” and working to “make sure the best players in the world continue to play on the best tour in the world.”

In 2020, Comcast Corp.’s NBCUniversal, which owns the Golf Channel, agreed to renew its PGA Tour rights for nine more years along with CBS and ESPN. NBC’s sports portfolio also includes the NFL, Premier League soccer, Notre Dame football and the Olympics. Earlier this month, the media company joined Fox and CBS in buying the rights to broadcast the Big Ten Conference.

In an interview, Bevacqua also discussed his view of regional sports channels, how NBC made its pitch to the Big Ten, and why competitors like Apple Inc. and Amazon.com Inc. will have trouble wrestling away NBC’s sports rights anytime soon.

Why was the Big Ten attractive to NBC? How much of your decision was about the possibility that Notre Dame could join the conference?

I would tell you with no ambiguity that trying to secure the Big Ten was at the top of our strategic priority list of major deals that were coming forward. We had that circled. It made sense to us to utilize the power of what we could do on NBC on Saturday nights. We brought [Big Ten Commissioner] Kevin Warren and his team to our headquarters in Stamford, Connecticut. We really transformed the building into a Big Ten presence. We showed him how all of NBCU would rally around the Big Ten. We put a video together of not just people on our NBC Sports team talking about their Big Ten education and experiences but really across NBCU. We said to Kevin, “OK, this is our vision: Imagine Notre Dame Football in the afternoon, moving into Big Ten prime-time football and leading right into Saturday Night Live.” So it was a real priority for us to make an aggressive play for the Big Ten. We think it’s the most powerful conference in sports. It’s the most national conference in sports, particularly with the addition of Southern Cal and UCLA.

Do you worry about competing against deep-pocketed tech companies like Amazon and Apple for sports rights?

How do you think about striking the balance between putting sports on TV versus streaming?

We view every potential transaction as: Where does this make sense for us — on USA, Peacock, NBC or some combination? And where does it work for our partner? And that varies. Think about the NFL Sunday Night Football deal. We simulcast our games on Peacock. We’re going to add an exclusive game every season starting next year. But that ratio is different than the Big Ten. We have our Big Ten primetime games on NBC and then we have additional games exclusively on Peacock. That varies from the Premier League where we have a much bigger amount of content and exclusive games on Peacock. Leagues are different. The amount of games is different. So there’s no cookie-cutter model here.

NBC recently sold its channel that airs the Washington Wizards and Washington Capitals. What’s your view of regional sports networks?

We have no intention of exiting the RSN business. Our RSN businesses are healthy and thriving. In many spots where are RSNs are, sports betting has taken off and that’s helped the business. We’re analyzing ways to continue making these businesses strong and healthy and what could we do on the direct-to-consumer level. The Washington RSN sale was very much a one-off.

Are there any other rights deals on the horizon that you’re interested in?

We have a wonderful relationship with Nascar. We think the world of their leadership team and the job they’ve done. And (Nascar President) Steve Phelps. And that is one we’re focused on, about what we can continue to do with Nascar. And we still have several years left on our Notre Dame deal. We want to keep that three-decade plus relationship going strong. But we’re not shy about the fact that there’s a Big 12 and Pac 12 deal on the horizon and the NBA. Like anything else that’s out there around the bend that’s material to the sports world like those transactions are, we’re going to analyze it, and see what could make sense for us, if it makes sense for us absolutely put our best foot forward.