Vegan KitKats have arrived — but they’ll cost you more 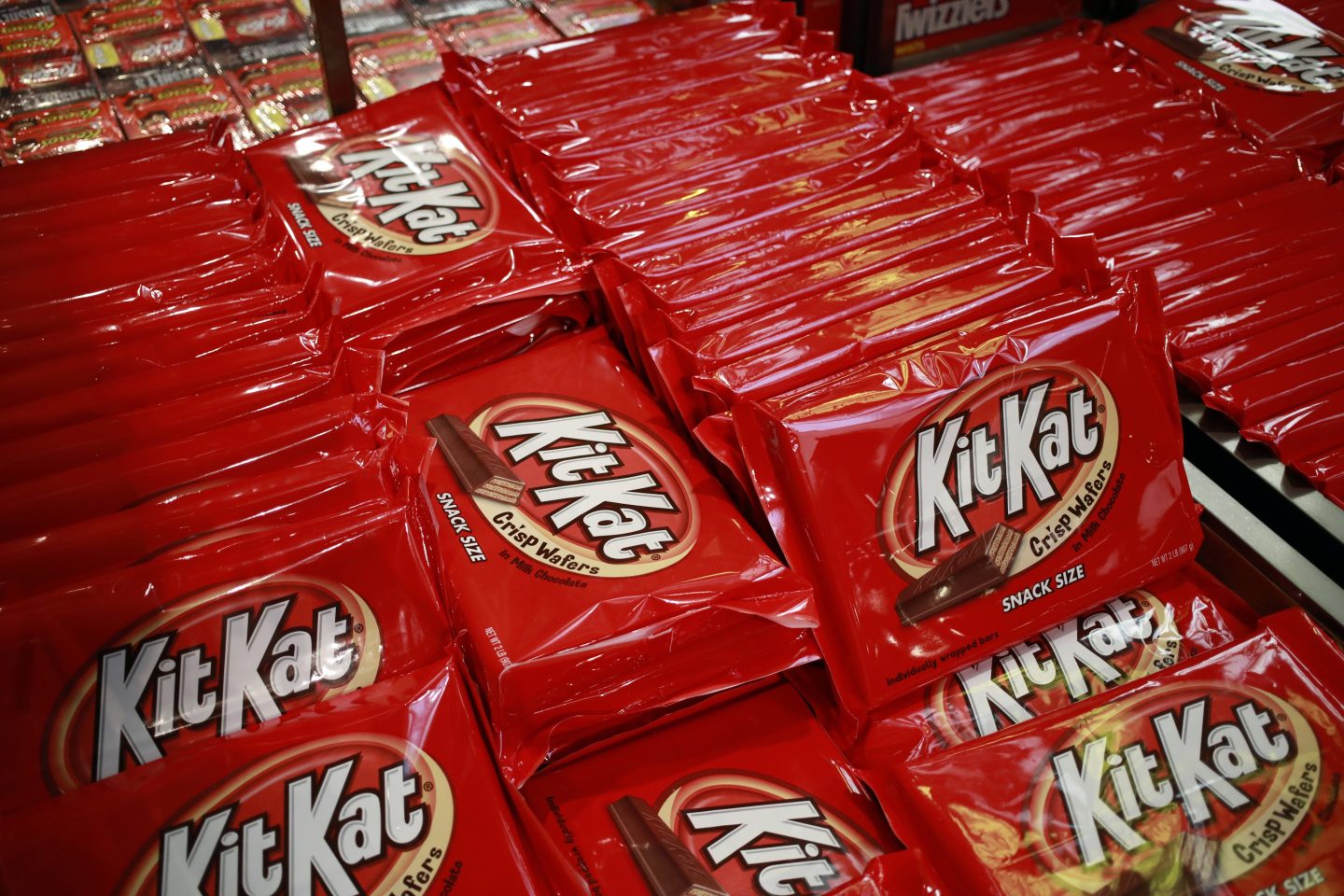 Vegans with a hankering for chocolate-covered wafers can at last get their hands on a KitKat.

Nestle SA, the Swiss food giant, is launching KitKat V, a plant-based version of one of the world’s most popular chocolate bars, from Friday with a rollout planned across 15 European countries including the UK.

Unlike the classic KitKat, the vegan version uses a rice-based formula as a milk substitute, as first revealed by Bloomberg News. It’s one of the biggest launches of a vegan alternative of a major confectionery brand and took two years to develop.

“We have four in 10 consumers saying they are interested to move to a more plant-based diet,” said Corinne Gabler, Nestle’s head of confectionery for Europe in an interview. “It could be a significant market in the confectionery area.”

The vegan chocolate market is already currently valued at $533 million and expected to more than double to $1.4 billion in 10 years time.

There have been some setbacks, however, and Britain’s largest grocer Tesco Plc recently stopped stocking Mars Inc.’s vegan version of its Galaxy chocolate bars in a dispute over labeling.

New product launches can also flop, as Nestle discovered when its Milkybar Wowsomes, with 30% less sugar, was pulled from the shelves following weak demand.

Nestle has high hopes for KitKat V, however, and is starting with 300 tons with room to produce more, said Gabler. This compares to tens of thousands of tons annually for KitKat mainstream products in Europe. Although developed in York, England — the heart of Nestle’s chocolate innovation hub — mainstream production will take place in Hamburg, Germany, where there’s greater capacity.

In less welcome news during the worst cost-of-living crisis in decades, KitKat V is likely to cost more than the regular version. This is because it’s more expensive to produce, due to pricier ingredients and the need for stringent cleaning measures on production lines, Nestle said.

During Nestle’s trial last year, KitKat V was sold at around 90 pence ($1.06) in some shops, compared with 60 pence or 70 pence for the non-vegan version, according to Gabler. The company is looking at efficiencies to make the gap as small as possible, she said.

Nestle sampled many non-dairy alternatives including oats, soy and almond before settling on its rice-based formula for the right creamy texture that’s familiar to fans of the non-vegan version, according to Louise Barrett, head of the Nestle Confectionery Product Technology Center in York.

“It’s super challenging,” said Barrett. “Our R&D experts have worked to make it as close as possible.”