An unexpected deal may save $1.3 trillion of U.S.-listed Chinese stocks from a mass Wall Street delisting 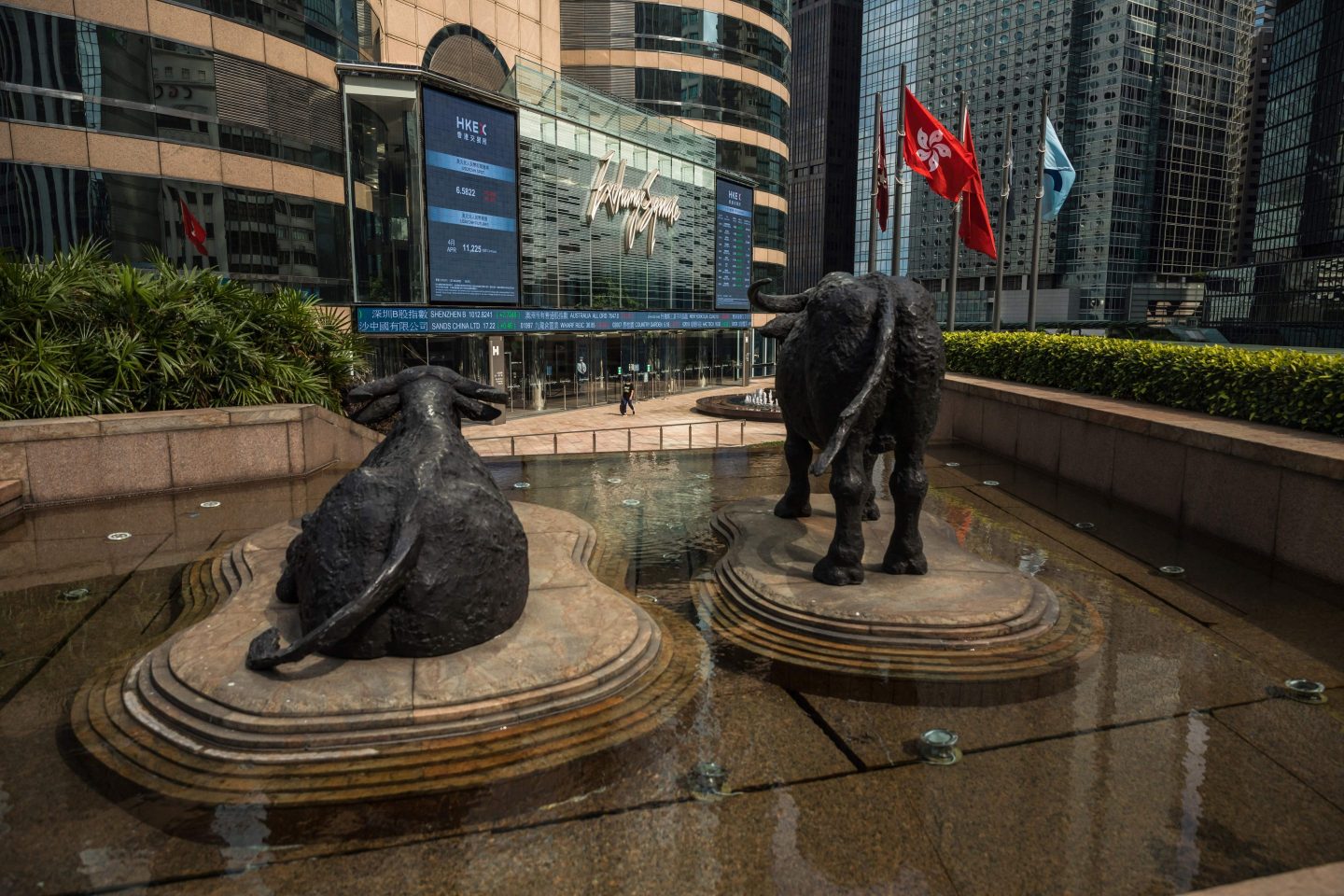 Chinese tech shares jumped in U.S. trading Thursday after the Wall Street Journal first reported a potential truce in a yearslong fight between the U.S. and China over access to auditing documents of U.S.-listed Chinese firms.

China is offering U.S. regulators the opportunity to review documents from U.S.-listed Chinese companies in the semiautonomous Chinese city of Hong Kong, the WSJ reported on Thursday. If the two sides reach a deal, it would save over 261 Chinese companies collectively worth about $1.3 trillion in market capitalization from being ejected from U.S. stock exchanges.

The Nasdaq Golden Dragon index, which tracks Chinese firms listed in the U.S., surged after the news to close up 6.3% on Thursday.

Under the terms of the Holding Foreign Companies Accountable Act (HFCAA), passed in 2020, the U.S. will delist from American exchanges any companies that do not make their books available for review by the Public Company Accounting Oversight Board (PCAOB). China has long barred U.S. auditors from accessing these documents, citing national security.

As of Friday, the U.S. Securities and Exchanges Commission had designated 163 Chinese companies as provisionally or conclusively in violation of the HFCAA. Once a company is conclusively identified as noncompliant, it has three years to rectify the situation before being booted from an exchange.

Some of China’s biggest companies, like Alibaba Group Holding, JD.com, and Yum China, had landed on the list, putting their future on Wall Street in doubt. Some companies, like PetroChina and Sinopec, had already left U.S. exchanges in apparent efforts to get ahead of forced delistings.

It’s now up to U.S. regulators to decide whether China’s Hong Kong offer is enough. China will redact certain details like factory addresses and personal identification numbers from the documents it hands over, ostensibly to comply with domestic laws on cybersecurity and personal data protection, reports the South China Morning Post.

In the past, the U.S. has demanded unrestricted access to Chinese company documents, with SEC Chair Gary Gensler, at times, seeming quite ready to trigger a mass Chinese delisting. “It’s quite possible that there’s no deal here. I’m not particularly confident,” Gensler told reporters in July.

U.S.-listed Chinese companies were already looking to Hong Kong as a hedge against delisting.

Alibaba on July 26 said it will upgrade its secondary listing in Hong Kong to a primary listing. Beyond hedging against a delisting, the upgrade will let the Chinese e-commerce company tap mainland Chinese capital through the Hong Kong exchange’s Stock Connect scheme, which facilitates mainland Chinese investors’ purchases of Hong Kong–listed shares.

Bilibili and Yum China have also announced they will upgrade their secondary listings in Hong Kong to primary listings.

Hong Kong, as a special administrative region of China, has a separate legal system from the rest of the country. Stronger legal protections and greater freedoms (relative to mainland China) have long made the city a hub for professional services, like accounting firms, consultancies, and legal firms, that serve both mainland Chinese companies and foreign firms seeking to do business in China. The city’s reputation as an international business center has been battered by 2019’s social unrest, the 2020 passage of the National Security Law, and two years of COVID restrictions.

Hong Kong’s separate system has, at times, hampered its ability to attract Chinese company listings. Chinese regulators have given mixed messages as to whether Chinese companies listing in Hong Kong are subject to new data security rules for overseas listings.

The Hang Seng index closed 1.0% higher on Friday. The Hang Seng Tech index, which tracks 30 tech firms listed in Hong Kong, was also up 0.8% on Friday, though is still down 24.7% for the year.