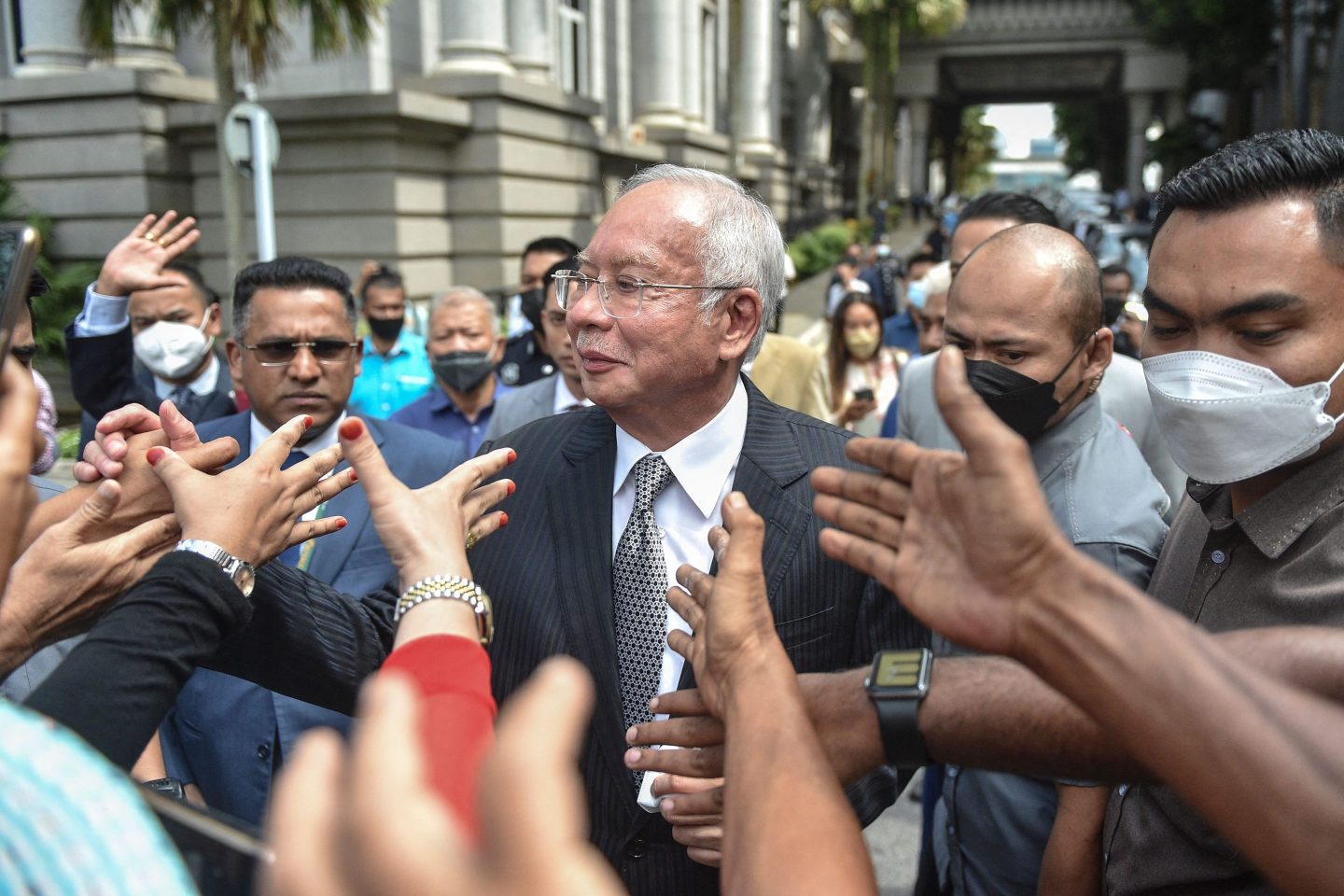 Former Malaysian premier Najib Razak lost his final appeal in a trial related to the multi-billion 1MDB scandal, raising the prospect of jail time for one of the country’s most powerful and influential politicians.

The decision prevents Najib, 69, from contesting in the next general elections that must be held by September 2023. He will go down in history as becoming the first prime minister in the Southeast Asian country to be convicted and imprisoned.

The Federal court reaffirmed an earlier ruling that sentenced Najib to 12 years in prison in the case involving the transfer of 42 million ringgit ($9.4 million) belonging to SRC International to his personal bank account. The company is a former unit of 1MDB, an investment fund that had billions of dollars siphoned across the globe.

Chief Justice Maimun Tuan Mat said the evidence shown overwhelmingly points to guilt on all seven charges. “These appeals are therefore unanimously dismissed and the conviction and sentence are affirmed,” she said when delivering the verdict of the five judge panel.

Lawyers representing Najib asked for a stay on execution, which was rejected by the chief justice.

Najib was impassive when the verdict was read out and his wife and two children immediately went to his side in the court. Earlier, he appealed to the panel of judges to give his defense team more time to prepare so that he can have his day in court.

“The upshot of what I am asking is a mere 2 months postponement adjournment of the hearing of the appeal as opposed to my life and liberty being shortened by 12 years of imprisonment,” he said.

Najib was first convicted in July 2020 on charges of abuse of power, money laundering and criminal breach of trust involving in the SRC case. The sentence, which includes a 210 million ringgit fine on top of the jail term, was maintained by the Court of Appeal in December, with a judge referring to Najib’s actions as a “national embarrassment.”

He mounted a final appeal before the Federal Court while being out on bail. Najib has pleaded not guilty to all charges and has publicly maintained his innocence, saying he is a “victim of a scam.”

Despite the successive court rulings against him, Najib successfully rehabilitated his image since his shock election defeat in 2018 by criticizing the economic policies of subsequent governments and recasting himself as the man of the people.

These tactics have helped him retain significant influence in the United Malays National Organisation. Najib had gone on to lead UMNO to a series of state election victories, emboldening the party to push for early national polls.

The verdict against Najib will bring a sense of anguish for his supporters and could spur UMNO to rally its supporters for the federal elections, said Bridget Welsh, Honorary Research Associate with the University of Nottingham Asia Research Institute Malaysia.

“It also opens up the way for new leadership and I think that’s part of what is happening in terms of this period of political transition,” Welsh said, referring to the party. “It’ll be very difficult in the short term for Najib to have as much political power as he’s wielded.”

The former leader could eventually get out by jail by seeking a pardon from Malaysia’s king in the same way current opposition leader Anwar Ibrahim was given one in 2018.

Malaysia’s longest serving leader Mahathir Mohamad told Bloomberg News in an interview Monday that he saw a “50-50 chance” Najib would get the royal pardon, return to politics and aim again for the country’s top job.

Najib’s legal team is discussing the possibility of a judicial review of the final decision though legal experts have said that this may not succeed as the whole appeal process has been exhausted.

“We are very sad because we lost the appeal,” Najib’s main lawyer, Hisyam Teh Poh Teik, told reporters after the verdict. “I’ll only say that we seek comfort and solace — in the words of a great Indian jurist who said that the almighty alone can dispense perfect justice.”