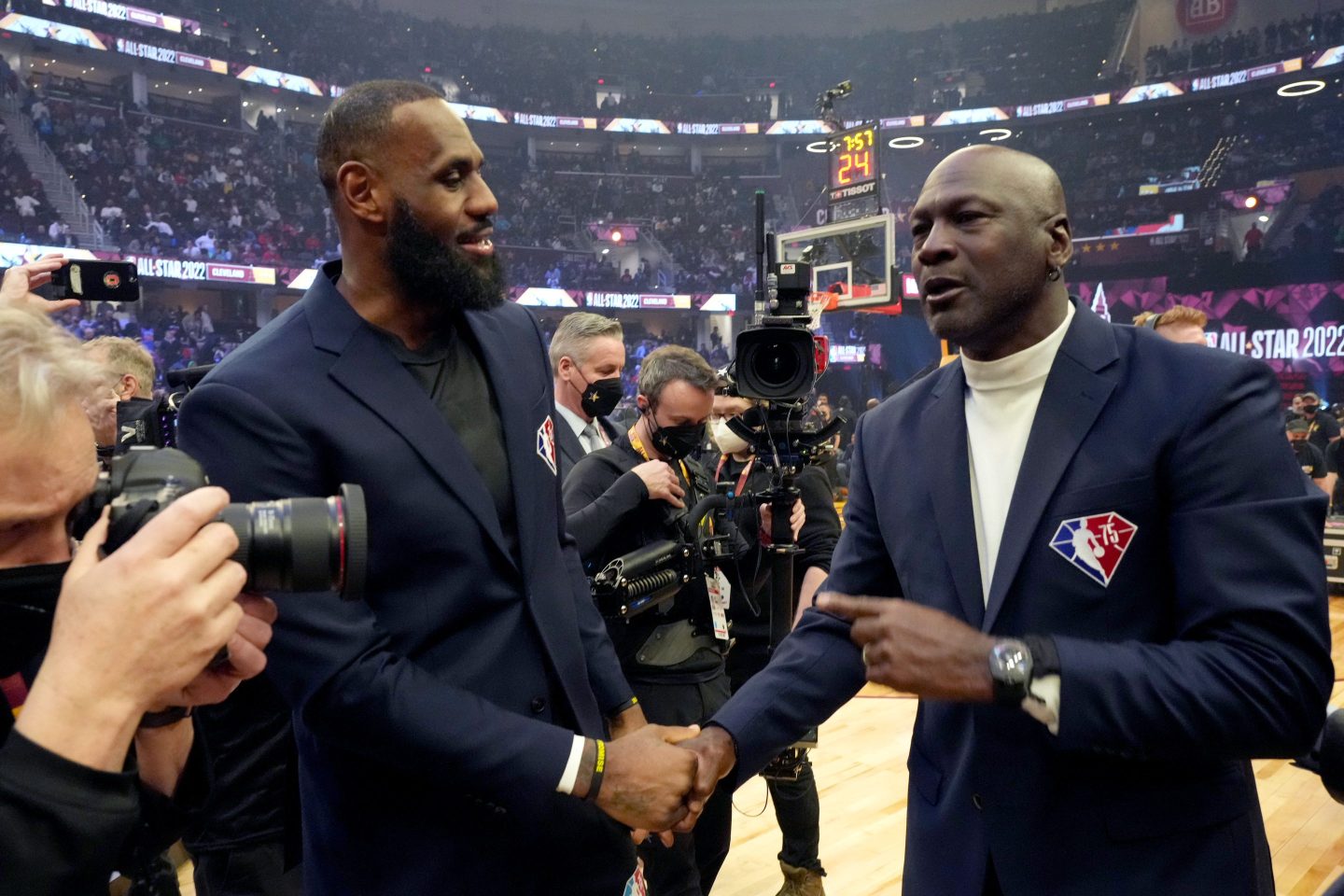 Michael Jordan or LeBron James: Who is the greatest basketball player of all time?

The extension makes James the highest-earning player in NBA history, pushing his total guaranteed career earnings to $532 million, and adding another notch in the long-running “GOAT,” or “greatest of all time,” debate with Jordan.

The deal includes a player option for the 2024–25 season, which could enable James to opt out of the final year of his contract, and a 15% “kicker,” which allows James to receive a percentage of his salary from the Lakers if he’s traded.

James, who was entering the final season of his original $44.5 million contract with the team prior to the extension, became famous in the so-called player empowerment era of the NBA for signing several one-year contracts with previous teams, including his near-hometown Cleveland Cavaliers, giving him maximum earning power as well as leverage to take another contract elsewhere.

The Lakers missed the playoffs last year, but James continued to put on a show, as he has throughout his 19-season NBA career, averaging 30.3 points, 8.2 rebounds, and 6.2 assists despite injuries limiting him to just 56 games.

James, a former prodigy who became known as “the chosen one” or “King James” when he was still in high school, is known as one of the greatest basketball players ever, having won four NBA championships, four NBA MVP awards, four NBA Finals MVP awards, and three All-Star MVP awards. But his NBA Finals record pales in comparison to the previous era’s GOAT, as former Chicago Bulls star Michael Jordan went 6–0 while James is 4–6, including an astonishing run in the 2010s when he appeared in eight consecutive finals series.

While James might have earned the most money on the court, the debate over his greatest of all time (GOAT) status rages on, with many seasoned fans arguing no one will ever surpass Jordan.

During Jordan’s 16 seasons in the NBA, he pulled in just $93.7 million, according to data from Spotrac. Even when adjusted for inflation, that doesn’t match up to James’s numbers.

But when it comes to net worth, it’s a different story.

James, who turns 38 in December, recently became the second NBA star in history to reach billionaire status. The other player? You guessed it—Michael Jordan. And while James’s lucrative NBA contracts helped make him a billionaire, the majority of his wealth has come from endorsements and savvy investments like his lucrative deal with Nike and his new media and entertainment company, SpringHill.

Jordan is much the same. The former Bulls star still tops the list of the highest-paid athletes of all time, as a result of his lucrative endorsement deals, as well as licensing and memorabilia earnings. The former Bulls star has earned an inflation-adjusted $2.62 billion since he entered the league in 1984, according to data from Sportico, while James’s pretax earnings sit at around $1.2 billion, making him just the seventh-highest-paid athlete in history.