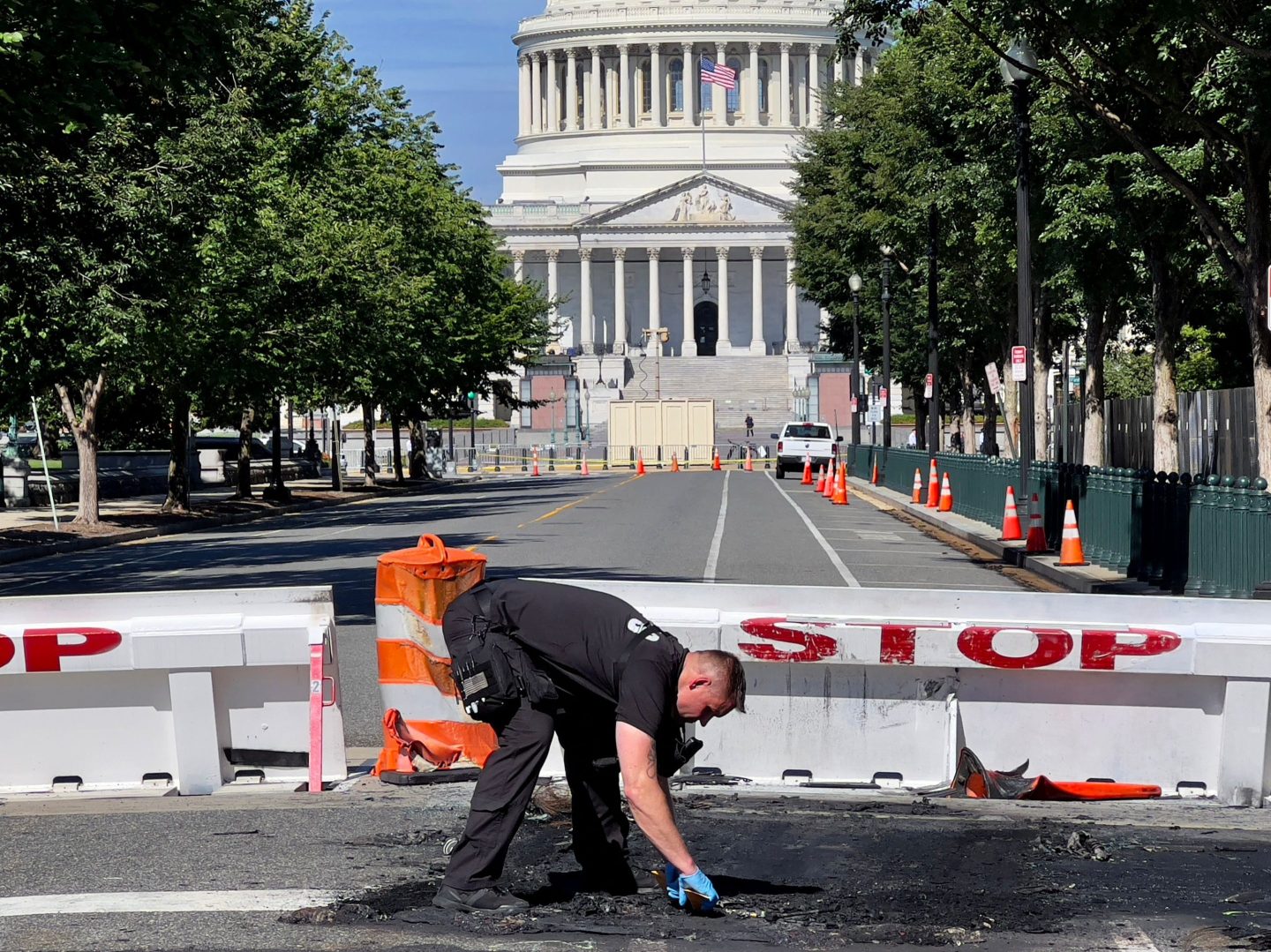 A U.S. Capitol Police Officer works near a police barricade on Capitol Hill in Washington, D.C., on August 14. -A man died early Sunday near the U.S. Capitol building after driving his car into a barricade and firing shots into the air before turning his gun on himself, police said.
Daniel Slim—AFP/Getty Images

A man shot and killed himself after crashing his car into a barricade near the U.S. Capitol early Sunday morning, according to Capitol Police.

The yet unidentified man drove his car into a vehicle barricade at East Capitol and Second streets just after 4 a.m., according to a new release from the law enforcement agency.

The man’s car became engulfed in flames as he was getting out of it. But authorities are investigating whether he set the car on fire, as the crash did not appear to start the blaze, the Associated Press reported, citing Capitol Police Chief Tom Manger.

The man fired several shots into the air on East Capitol Street, then fatally shot himself, the agency said.

Officers located the man after hearing gunfire and were approaching him when he shot himself, the agency added. No officers were reported to have fired their weapons.

There were no other injuries or deaths. It doesn’t appear that any members of Congress were targeted, as Congress is in recess, the agency said, adding that its investigators are looking into the man’s background.

The death investigation will be handled by D.C.’s Metropolitan Police Department.

Law enforcement officials have faced increased threats since the FBI’s search of former President Donald Trump’s Mar-a-Lago estate in Florida on Monday, with federal officials warning of the potential for violent attacks on government buildings, according to the Associated Press.

The attack is reminiscent of an April 3, 2021, attack in which a man rammed a car into two officers at a barricade outside the Capitol, killing one. He was shot to death by police.