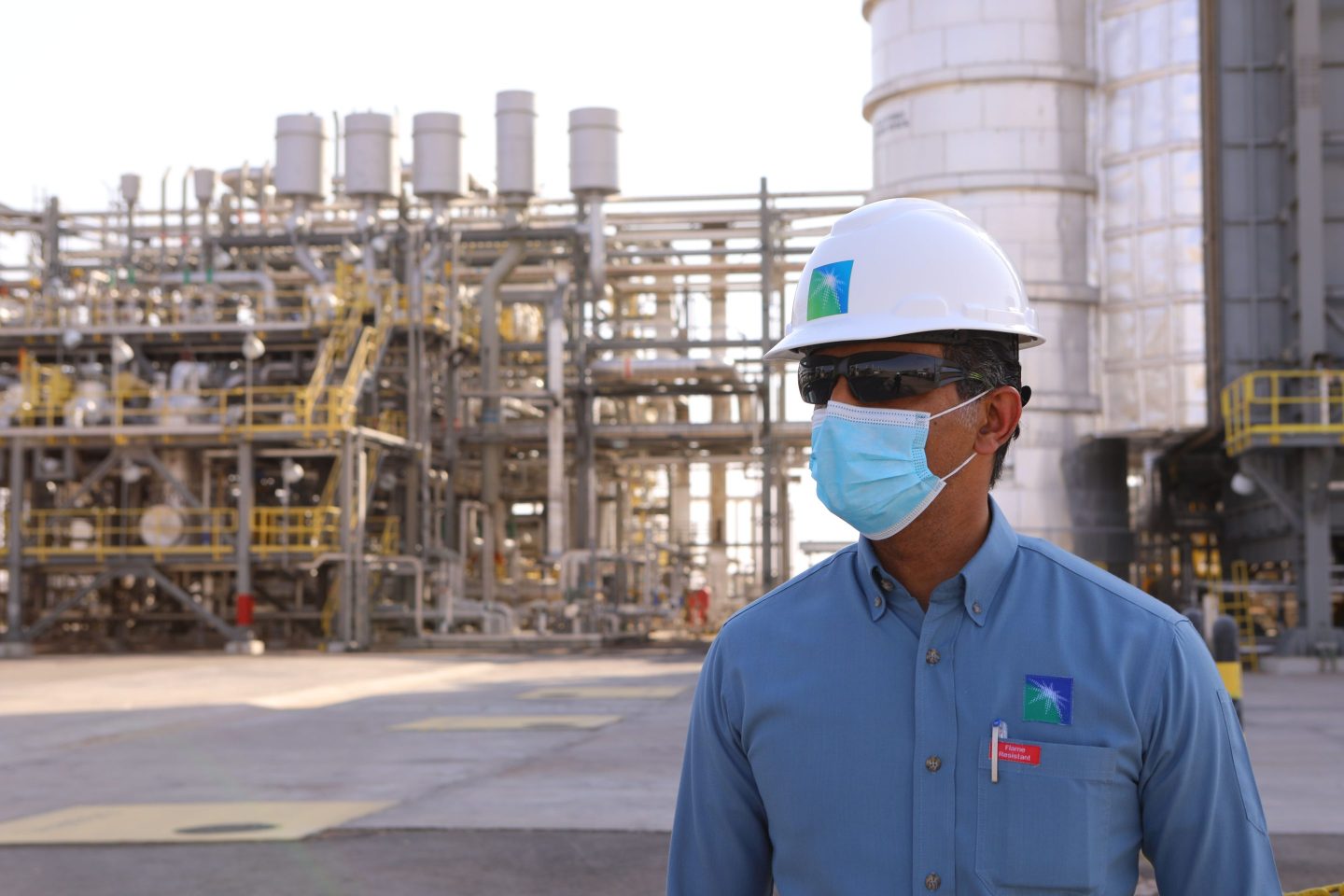 A Saudi Aramco employee at the Khurais Processing Department in the Khurais oil field in Khurais, Saudi Arabia, on June 28, 2021.
Maya Siddiqui—Bloomberg/Getty Images

Aramco followed big oil rivals reporting a surge in profits. Net income rose to $48.4 billion in the second quarter, up from $25.5 billion a year earlier, the state-controlled company said on Sunday. Its free cash flow rose by 53% from a year earlier to $34.6 billion.

The company is using the windfall to reduce debt and invest in a huge expansion of its production capacity. Aramco is betting that demand for its oil and chemicals will remain high even as the world looks to transition away from fossil fuels.

Energy companies boomed in the first half of this year. Russia’s invasion of Ukraine roiled markets, sending oil prices above $100 a barrel and causing refining margins to soar, while Aramco is benefiting from both high production and sales prices. Firms such as Exxon Mobil Corp. and Shell Plc made record earnings in the second quarter.

That’s despite heightened angst about the consequences of climate change, which has triggered a wave of droughts, wildfires and floods in the northern hemisphere this summer.

Notwithstanding concerns about climate change, surging crude prices have led many western leaders to call on Saudi Arabia to pump more oil to help tackle global inflation. US President Joe Biden traveled to Jeddah last month to request a boost in oil output. Yet the Saudi led group has taken only modest action since then. At its last meeting OPEC plus agreed to a 100,000 a day output increase as it worried about its dwindling spare capacity.

Global oil demand continues to be “healthy,” Nasser said. If aviation fuel demand picks up to pre-pandemic levels “that will put a lot of tightness in the market,” he said.

Aramco is looking to work with partners to invest in carbon capture, renewable energy, and hydrogen production, as part of its goal to reach net zero carbon emissions from operations by 2050, Nasser said in a call with reporters. That’s even as it looks to boost its maximum oil production capacity to 13 million barrels a day, and gas production by up to 50%.

The Saudi Arabian state-controlled company kept its quarterly dividend, a crucial source of revenue for the kingdom, unchanged at $18.8 billion. That was unlike most Western majors, that increased payouts to shareholders.

The quarter may mark a high point for Aramco. While Brent crude averaged $112 a barrel between April and June, it’s since fallen below $95 as the U.S. and European economies slow and China imposes Covid lockdowns.

Still, Saudi Arabia is ramping up output along with other members of OPEC+, the producers’ cartel it leads alongside Russia. The kingdom pumped 10.5 million barrels a day of crude in the second quarter. It increased that figure to almost 11 million in July and is under pressure from the US and other major importers to go even higher, despite some analysts doubting it has much spare capacity.

Aramco would have no problem producing 12 million barrels a day if asked to by the Saudi government, Nasser said. The company is also working on increasing crude oil maximum sustainable capacity from 12 million barrels per day to 13 million by 2027.

It could also have another 1 million barrels a day available for export by 2030 as the country looks to replace crude oil burning power stations with gas and renewable power.

Aramco listed in Riyadh in 2019, though it’s still 94% state-owned. Its shares have gained 25% this year, giving it a market valuation of $2.4 trillion.

It could sell shares in some of its units on the Saudi stock exchange, Nasser said, as part of a “portfolio optimization” plan that has already seen it sell off stakes in subsidiaries that lease its oil and gas pipelines.

Aramco is considering a plan to list its trading unit, people familiar told Bloomberg in May.

The company is scheduled to release a more detailed breakdown of its results, including the performance of its upstream and downstream units, on Monday.