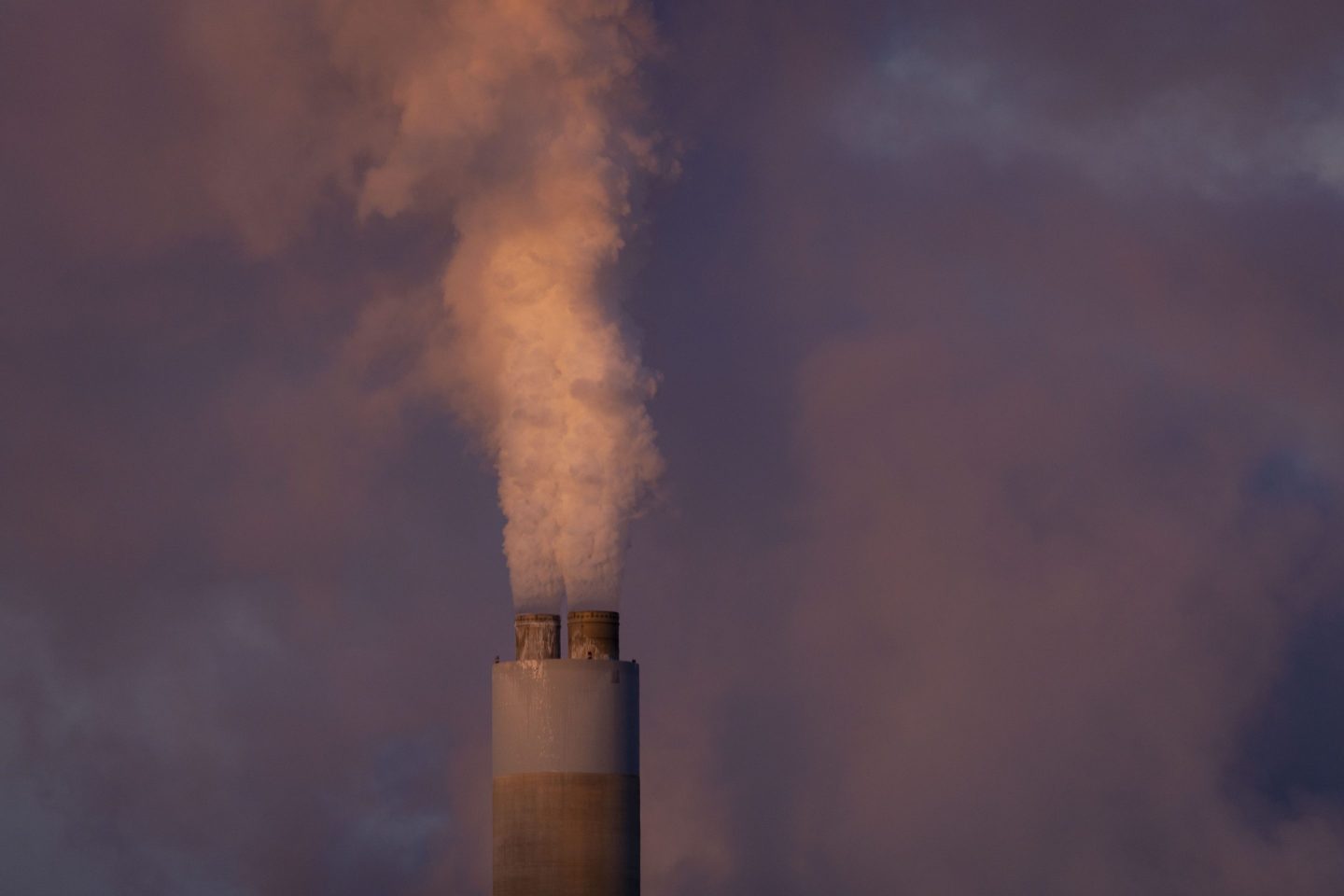 A major economic bill headed to the president has “game-changing” incentives for the nuclear energy industry, experts say, and those tax credits are even more substantial if a facility is sited in a community where a coal plant is closing.

The transformative bill provides the most spending to fight climate change by any one nation ever in a single push. Among the many things it could do nuclear energy experts say is spur more projects like one Bill Gates is planning in Kemmerer, Wyoming. Gates’ company, TerraPower, plans to build an advanced, nontraditional nuclear reactor and employ workers from a local coal-fired power plant scheduled to close soon.

Companies designing and building the next generation of nuclear reactors could pick one of two new tax credits available to carbon-free electricity generators, such as wind and solar. To ensure coal communities have a place in the energy transition, both tax credits include a 10-percentage point bonus for facilities sited where residents have relied on fossil fuel plants or mining— a “sizeable incentive” to locate them there, according to Matt Crozat, senior director for strategy and policy development at the Nuclear Energy Institute.

That could include towns in coal-dependent West Virginia, since the state eliminated a ban on nuclear power plants this year. Or in Maryland, where the state announced a partnership in June to look at repurposing a fossil fuel site for a small nuclear reactor. Or in Montana, where lawmakers are looking at advanced nuclear reactors as a possible replacement for coal boilers.

“It’s a growing trend,” Qvist said, “now it’s being talked about everywhere.” Qvist is also founder of Qvist Consulting Limited in the United Kingdom. “You have a site, you have a grid connection. You have equipment that can remain in use, and you have a workforce that could be retrained.”

A design by NuScale Power is the first to be fully certified in the United States and the company is planning to begin operating a small modular reactor in 2029 at the Idaho National Laboratory. The company’s chief financial officer, Chris Colbert, said former coal plants are ideal locations for advanced nuclear technology, in part because transmission lines are already in place.

Colbert also said he thinks potential customers will be more interested in the company’s small advanced reactors because of the incentives in the bill.

There are nearly $375 billion in climate incentives in the Inflation Reduction Act. Among them, there’s a new tax credit available to any carbon-free electricity generator. That includes new advanced nuclear reactors that begin construction in 2025 or later. Existing nuclear plants that expand their output could get credit for that additional electricity production. The credit is worth at least $25 per megawatt-hour for the first decade the plant operates, according to NEI, the industry’s trade association.

Or, owners of a new carbon-free electricity generator could take advantage of an investment tax credit, worth 30% of the amount they paid to build the facility.

The bill also has $700 million to produce the uranium fuel in the United States that many advanced reactors need. And there’s a tax credit for existing nuclear plants worth up to $15 per megawatt hour from 2024 to 2032. That’s enough of a boost that it’s highly likely no nuclear plants will close during that period for economic reasons, Crozat said. There are expanded options for how the credit can be used, with direct payments for certain owners, such as municipal utilities.

“This is really substantial,” he said as he read the list of tax credits. “This should move the needle in terms of making these technologies economically viable right off the bat.”

Buongiorno liked that the credits are available to many carbon-free technologies.

“It’s not just nuclear, it’s not just solar, it’s all of the above, which is what we have been preaching as the right approach for decarbonization,” he said. “You need to sort of push everybody here.”

But Grant Smith, a senior energy policy adviser at the Environmental Working Group, said tax credits for small modular nuclear units is a waste of taxpayer dollars. They divert resources from commercially-viable emerging technologies, Smith said, and stokes “the continuing false narrative of cheap, easily-deployed nuclear technology that the sector has been spinning for decades.” Smith leads the nonprofit’s work on accelerating the transition to renewables.

Georgia has the only nuclear project currently under construction in the U.S. Two traditional large reactors were projected to cost $14 billion and are now expected to cost more than $30 billion.

Because of that, Buongiorno said he’d be shocked if there is another order for a traditional large reactor in the U.S. The perception of financial risk, or project risk overall, would be too high, he said.

Kairos Power has applied for a permit to construct a test reactor in Oak Ridge, Tennessee. GE Hitachi is working on a reactor in Ontario, Canada, and if it’s successful, there’s a lot of interest in it in the United States, Poland and elsewhere in Europe, Qvist said.

The largest public power company in the U.S., the Tennessee Valley Authority, launched a program this year to develop and fund new small modular nuclear reactors as part of its strategy to dramatically reduce greenhouse gas emissions. The TVA is focused on GE Hitachi’s design.

At least a dozen advanced reactors are projected to come online in the 2020s.

“It’s not far off and it’s not speculative and it’s not on paper,” Qvist said. “There are actually a lot of things really happening.”