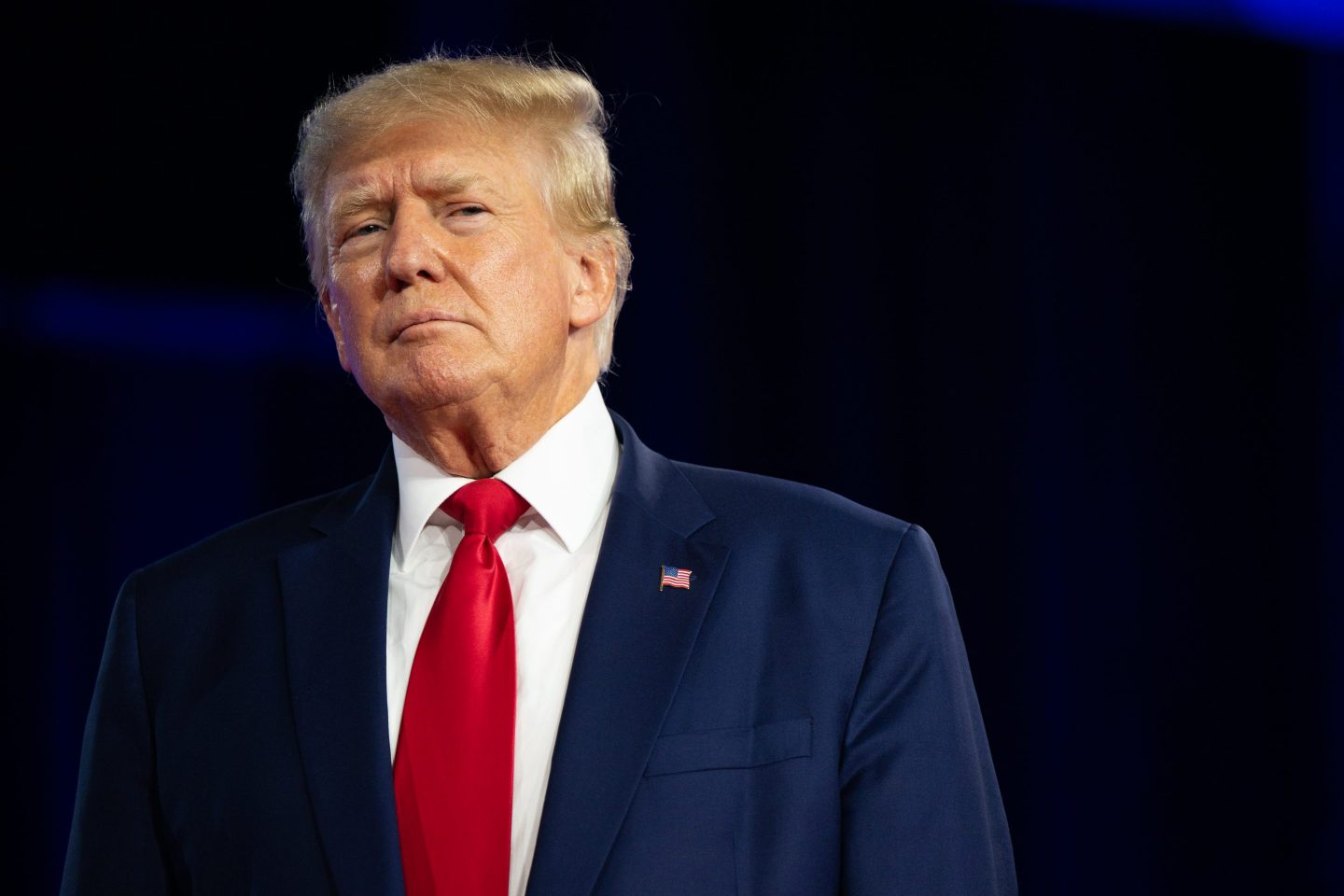 The FBI searched Trump’s Mar-a-Lago residence in Palm Beach, Florida, on Monday looking for classified documents that Trump may have improperly removed from the White House.
Brandon Bell—Getty Images

Garland disclosed his role in a rare public appearance on Thursday. The FBI searched Trump’s Mar-a-Lago residence in Palm Beach, Florida, on Monday looking for classified documents that Trump may have improperly removed from the White House.

The unprecedented search of a former president’s home unleashed a torrent of public criticism by Trump and his Republican allies including House GOP leaders in Congress. Garland’s statement about an ongoing investigation is also rare, although he was facing increasing pressure to explain the search.

Trump allies suggested the search warrant—which a federal judge had to sign off on after finding probable cause that a search would yield evidence of crimes—was politically motivated. Some conservative commentators also floated baseless conspiracy theories that FBI agents might have planted evidence.

The search and seizure of documents from Mar-a-Lago was part of an investigation into whether Trump unlawfully held onto presidential records, including classified materials, after leaving office in January 2021. Removing presidential records without authorization potentially violates a number of federal laws.

The Justice Department and the Federal Bureau Investigation have a longstanding practice of not speaking publicly about pending investigations, a policy rooted in concerns that they could wrongly implicate a person of criminal conduct who ultimately might not face any charges.

Garland stood by that policy in July when asked to share details about the department’s Jan. 6 investigation. “We do not do our investigations in public,” he said. “This is the most wide-ranging investigation and the most important investigation that the Justice Department has ever entered into—we have to get this right.”

But there have been exceptions, sometimes with dramatic fallout.

Just over a week before the 2016 presidential election, then-FBI director James Comey announced the reopening of an investigation into Democratic nominee Hillary Clinton’s email server. Comey faced intense criticism for doing so as Republicans seized on the news to boost Trump’s candidacy in the final days of the campaign.

Garland, who had served as a top Justice Department official before becoming a federal appeals judge, vowed as attorney general to restore and defend the department’s institutional norms following what Democrats regarded as Trump’s attempts to politicize federal law enforcement.

But over the past few days, Republicans have turned that accusation back upon Garland, with House Minority Leader Kevin McCarthy accusing him in a tweet Monday of “weaponized politicization” of the Justice Department. That echoed an earlier statement by Trump calling the search “prosecutorial misconduct, the weaponization of the Justice System, and an attack by Radical Left Democrats who desperately don’t want me to run for President in 2024.”

McCarthy warned Garland to “preserve documents and clear your calendar,” hinting Republicans would subject the attorney general to grueling hearings if they win back control of the House in November.

Senate Republican Leader Mitch McConnell was more measured in his response but called for an explanation for why the former president’s home had been searched. “Attorney General Garland and the Department of Justice should already have provided answers to the American people and must do so immediately,” McConnell said on Tuesday.

—With assistance from Mark Niquette and Jennifer Jacobs.