‘The empire striking back’. How the Carlyle Group’s co-founders fell out with their hand-picked successor 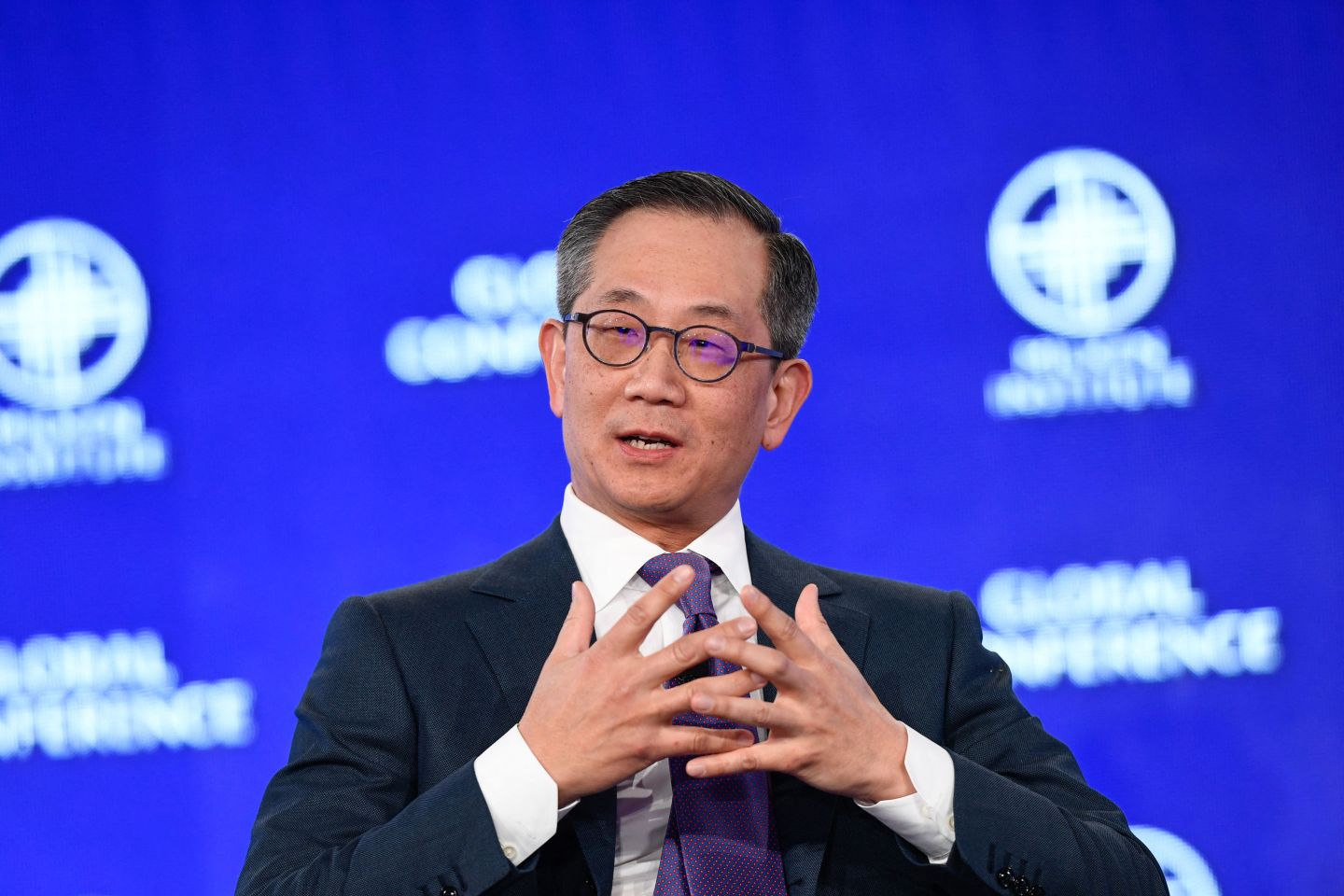 After CEO Kewsong Lee asked for a package worth as much as $300 million over five years, the three founders never responded, the Financial Times reported.
PATRICK T. FALLON—AFP via Getty Images

Inside Carlyle Group, battle lines were forming. On one side: Kewsong Lee, the executive hand-picked to assume the mantle of Carlyle’s co-founders and clear the path for a new generation of leaders. On the other: the very people who hand-picked him.

Growing tensions within the private-equity firm — between a new CEO eager to assert power and an old guard reluctant to give it up — reached the breaking point last week. Carlyle’s board members decided they had lost confidence in Lee’s leadership. The CEO, after seeking a larger pay package for his contract set to renew at the end of 2022, abruptly stepped down.

The change was announced Sunday night in a statement devoid of all that drama, saying both sides mutually agreed that “the timing is right” to find a new CEO and that founder William Conway would serve in the interim. But insiders said it was a long time coming.

And so ended one of the earliest attempts by some of the private-equity world’s original titans to find worthy heirs, a process proving difficult across the industry. Carlyle’s founders began prepping years ago, giving control to a pair of co-CEOs, Lee and Glenn Youngkin, who were supposed to work together seamlessly, each with different strengths and styles. But Lee sidelined Youngkin — who made a successful jump to politics — and then ended up with little choice but to leave, too. The firm is now starting its hunt anew.

Current and former executives and others close to Carlyle described how the latest drama unfolded over the past several months on the condition they not be named because of concern it could affect their work with the company.

This year began with Youngkin, 55, becoming governor of Virginia and Lee, 56, tightening his grip on the company they had once run together. But there were frictions between the sole CEO and some Carlyle stalwarts.

For years, Lee focused on consolidating businesses, cutting fat and putting resources in areas where he saw opportunities to grow the fee streams prized by shareholders, such as credit. He wasn’t known to be deferential to Carlyle veterans and welcomed how Zoom democratized internal dynamics. Starting in 2020, for example, he would often ask the same question in investment committee meetings: “Who’s the youngest person in the room? What have we missed?”

Supporters, including many current and former employees, saw him as a shrewd leader with the kind of investing smarts that Carlyle needed to move beyond its roots as a leveraged buyout firm and compete with more diversified peers. For all of their successes, the founders were known for taking chances that didn’t pay off. The firm took stakes in hedge funds like Emerging Sovereign Group and Claren Road Asset Management only to exit them. Lee inherited some of the mess from past missteps and played a large role in cleaning it up.

Decisive and assertive, Lee put his mark on things quickly. Credit is now 38% of its assets, up from 22% in the second quarter of last year, reflecting his drive to diversify revenue. When it was time to make a key decision on an expansion into insurance, emulating some competitors, Lee steered the board’s discussion to get the outcome he wanted. He talked to them about taking a minority stake in Fortitude Re — his preference — rather than taking a majority holding with a higher regulatory cost. That deal would eventually help the firm lock in about $48 billion in assets from Fortitude.

Yet some executives at Carlyle were concerned that Lee’s push to shore up balance-sheet capital for growth initiatives would affect the size of dividend payouts. That intensified a debate inside Carlyle over how aggressively the firm should expand beyond its private equity businesses into other areas such as credit.

Founders Conway, Daniel D’Aniello and David Rubenstein had always sought to foster a tight triumvirate at the top and prided themselves on being collegial and building consensus, people familiar with their style said.

But increasingly, some members of the board — where the founders still sit — worried that Lee was eroding Carlyle’s genteel values, risking the alienation of investors and employees. A wave of departures, including Tyler Zachem, Rodney Cohen and Ashley Evans, stirred a debate over whether talent loss was becoming more commonplace. At one point this year, the head of human resources, Bruce Larson, presented data to the board showing that recent attrition wasn’t unusual.

What’s more, Carlyle was falling out of favor with shareholders. By the end of last week, the stock was down 31% this year, worse than at Apollo Global Management Inc., KKR & Co. and Blackstone Inc.

Some of Lee’s attempts to grow the firm were posing new risks. A purchase of collateralized loan obligation assets from CBAM Partners earlier this year made Carlyle a major manager of those bundles of loans, but it exposed the firm to a selloff that ensued.

Fundraising for Carlyle’s flagship strategy went slower than expected. The firm told investors in June that it had so far gathered about $15 billion for its new buyout and growth fund. That’s less than the $17 billion it anticipated collecting by roughly midyear on the way to a $22 billion target. Lee had slashed the team at Carlyle responsible for raising money from the largest institutional investors, such as pensions, sovereign wealth funds and endowments in 2020.

His assertive style worked for dealmaking but it increasingly ruffled the founders, whose roles gradually diminished as he encouraged them to step back. He rebuffed their attempts to help bring in more money and provide advice.

The three founders had all taken on new projects in recent years. Rubenstein, for instance, writes books and hosts a show on Bloomberg Television.

But with departures and the stock slide continuing, the trio of billionaires — who collectively hold more than 25% of the company — were increasingly feeling the need to intervene.

In recent months, Lee worked with advisers to sketch out a compensation package for his next contract, seeking to boost his potential payout to a level more commensurate with what rival firms paid their leaders, people with knowledge of the situation said. But the other side wasn’t interested in such a negotiation. After he asked for a package worth as much as $300 million over five years, the three founders never responded, the Financial Times reported.

They’d had enough and Lee resigned.

Still, the strategy will remain the same, according to people close to the firm.

Investors though are concerned. The stock tumbled 7% on Monday and fell as much as 5.2% on Tuesday, as analysts highlighted the uncertainty created by the CEO’s abrupt exit.

“We doubt that there is anything substantively wrong with the company,” Oppenheimer analysts including Chris Kotowski wrote in a note to clients. “It is, in our mind, most likely a case of the empire striking back.”