China’s Gen Z isn’t like the others. Meet the nationalistic generation that’s way richer than its parents 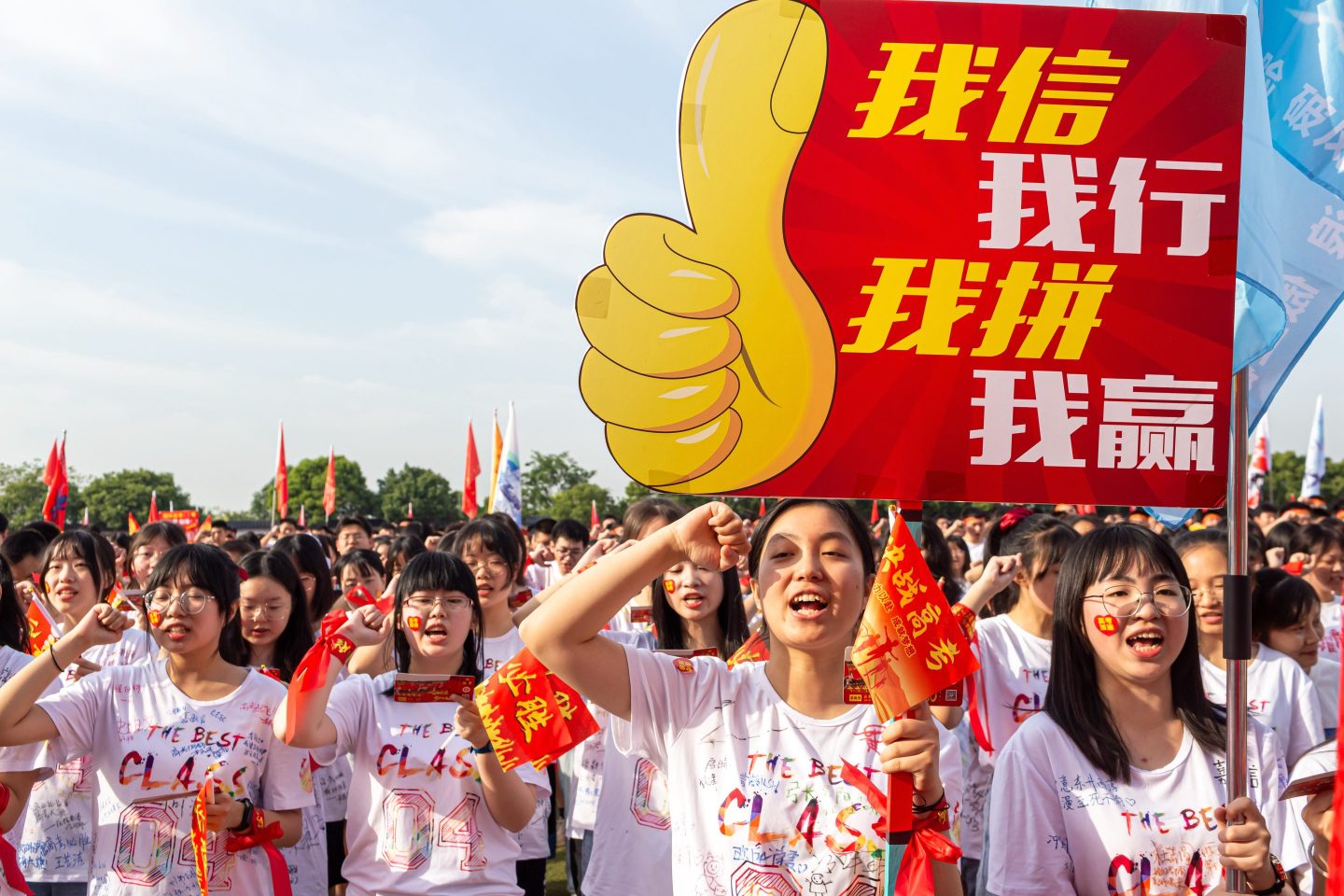 Gen Z is quickly becoming a force to be reckoned with worldwide, but not all Gen Zers are the same, according to a report published this week.

Members of China’s Gen Z, the generation born between 1997 and 2012, aren’t as keen to confront the government as their social-justice–obsessed counterparts in the West, researchers from investment bank Jefferies wrote. That’s partly because young Chinese are far more nationalistic, whereby criticizing the government is akin to betraying the country.

The key differentiator between China’s Gen Z and the same generation in the West? Growing up under the influence of the Chinese internet, which is defined by its mass censorship and is colloquially known as the Great Firewall, according to Jefferies researchers.

It’s just one of the many differences between China’s Gen Z and those in the West as outlined in the bank’s report. Gen Z now number 2 billion worldwide—or 25% of the global population and will soon become the world’s biggest cohort of consumers. But while Chinese Gen Z are wealthier, better educated, and more individualistic than their parents, it’s unclear whether that will translate into a rosy economic future for the 270 million–strong group.

As the world’s first generation of digital natives, most of Gen Z’s daily activities—from socializing to shopping to gaming—as well as transportation and food delivery, take place online.

Growing up in the digital age nurtured more liberal-leaning worldviews in Gen Z in the U.S. and the West, according to Jefferies. Gen Z are “even more supportive of progressive policies and ideas than millennials”—those born between 1981 and 1996—and are passionate about climate change, racial justice, women and LGBTQ rights, and socioeconomic inequity, the bank wrote. A 2021 study from consultancy EY backed up that position, finding that over 80% of America’s Gen Zers believe climate change, racism, and gun violence are significant problems. More than a third of them have participated in a political rally or protest, supported a political movement, or signed a petition for a cause they agree with, according to EY.

Yet “Chinese Gen Z are very different to the Western archetype,” Jefferies researchers wrote. The “Great Firewall…separates Chinese Gen Z from the West. Growing nationalism has given rise to a distinctly Chinese identity. Many young people are willing to fiercely defend the state from criticism that they see as traitorous,” they wrote.

For the past two decades, Chinese authorities have restricted access to Western websites. Services like Facebook, WhatsApp, Instagram, and YouTube are banned in China. The country has its own “thriving ecosystem of Chinese substitutes,” like blogging site Weibo, messaging and social app WeChat, and video platform Douyin (TikTok’s sister app in China), where content is subject to state censorship and has helped foment the rise of youth nationalism.

China has invested big money in educating young people over the past few decades, with great success.

Its Gen Z is “wealthier, better educated, and more individualistic than their parents,” Jefferies wrote. They are also products of China’s one-child policy—around 60% of Chinese Gen Z are the only child in their families—and came of age during a time of tremendous economic growth for the country, compared with their parents’ generation.

That means they’re bigger spenders. China’s Gen Z accounts for 15% of household spending, compared with 4% for Gen Z in the U.S. and U.K. The Chinese cohort’s spending will grow fourfold to $2.4 trillion by 2035, according to financial firm China Renaissance.

In both the U.S. and China, Gen Z is set to inherit trillions in wealth. America’s Gen Z stands to rake in $78 trillion from baby boomers, and the preceding silent generation, in the next two decades. But in China, smaller family size means that China’s Gen Z are less likely to share their inheritances, which could result in more money in their pockets, says Jefferies.

But even while China’s Gen Zers are more educated and affluent than their parents, the country now has too few white-collar jobs for them.

The COVID-19 pandemic hurt Gen Z employment worldwide. But unemployment among Chinese Gen Z is higher than in many developed economies. Nearly 11 million Chinese students will graduate from university this summer, but a significant percentage of them won’t be able to find relevant work. China’s youth unemployment stands at 19.3%, compared with the U.S.’s 8.1% and South Korea’s 7.8%.

The nation’s hypercompetitive school and work culture have helped popularize a youth-led online movement to embrace “involution”—the opposite of evolution—which refers to the act of not making progress and becoming stagnant. Victor, a 25-year-old master’s student in Guangzhou, previously told Fortune that “Chinese society says you can only be successful if you go to a good school, get a high-paying and high-status job, and buy a home. But it seems almost impossible now.”