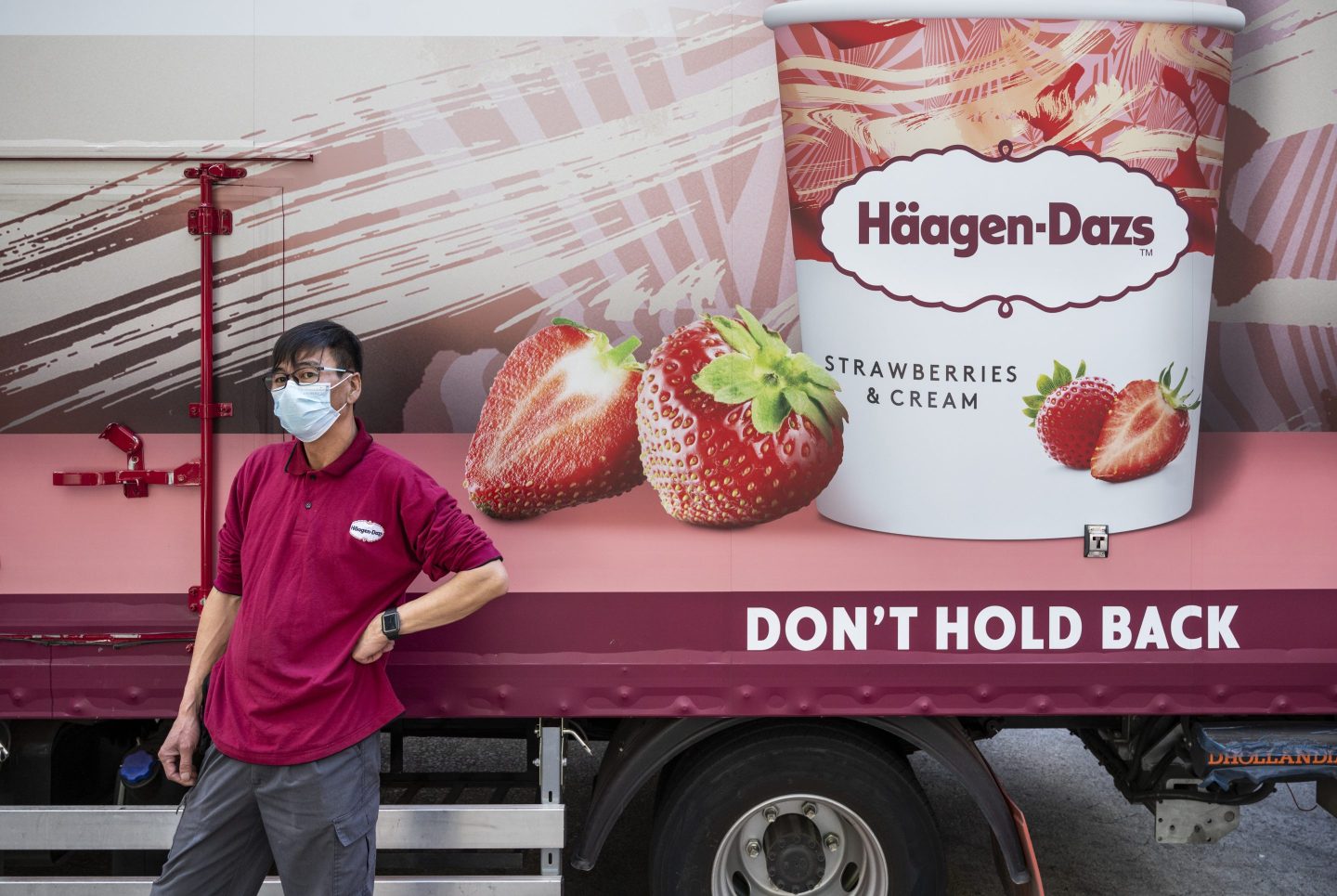 To tackle climate change, rich nations must radically rethink their relationship with food—that’s the verdict of scientists reexamining the environmental impact of global food transportation.

Emissions from the movement of food between foreign producers and domestic consumers is up to 7.5 times higher than previously thought, researchers at the University of Sydney have found. The bulk of this carbon burden can be attributed to higher-income regions—such as Europe and North America—where there is strong consumer demand for the year-round supply of internationally sourced foods.

“People in poorer countries constitute around half the global population, yet contribute only a fifth of international ‘food mile’ emissions,” says Dr. Mengyu Li, who coauthored the recent study, in an interview with Fortune. “Nearly half of international food mile emissions, meanwhile, come from the rich world, despite affluent countries constituting only around 13% of the planet’s population.”

This uneven allocation of pollutive food miles—a measure of the distance that food travels from source to consumer—is in part a consequence of wealthy nations’ desire for unfettered access to foreign fruits and vegetables, the movement of which accounts for over a third of total food transport emissions.

Tackling this requires far stricter carbon disclosure rules for businesses, regulators believe. In June, the European Union agreed on a raft of new corporate reporting measures that require companies to publish externally audited reports on the impact of their activities and supply chains.

“There’s paralysis on how to even get started, because today there’s not a lot of transparency,” says Randall Sargent, a global retail and consumer goods consultant at Oliver Wyman. “Food retailers have so many different products, so many different suppliers stretched around the globe, [that] getting a grip on all the data related to different meals, recipes, and ingredients is going to be very challenging.”

Despite this difficulty, businesses recognize the merit of moving fast not only to meet new regulations, but also to tap into growing consumer enthusiasm for climate-friendly products. There are, however, only so many low-emission producers and suppliers on the market, says Randall, so there’s going to be fierce competition to secure contracts ahead of rivals.

Industry leaders are also trying to get ahead with the development of low-carbon carriers, focusing particularly on the elimination of fossil-fuel road vehicles—the most polluting element of the food transport process. Additionally, greater use of more conventional modes of delivery, such as rail freight, could see a reduction in CO2 output.

Aside from these practical interventions, Dr. Li believes that a wholesale shift in the rich world’s relationship with food is required. In addition to promoting more plant-based diets—widely seen as less environmentally harmful than high-meat alternatives—individuals should be urged to seek out seasonally available foods that are both locally grown and locally produced.

The latter is particularly important given the complex, carbon-intensive agricultural supply chains that underpin the global food economy. Fertilizers, pesticides, animal feed, and other farming essentials are often produced in one country, before being shipped thousands of miles for use in another. For a true representation of a food product’s accumulated carbon footprint, the emissions generated at every stage of this process—and not just the final delivery—must be better understood to support more sustainable consumer decisions, Li argues.

For the man who conceived the food miles concept over 30 years ago, this holistic approach to the question of food transport emissions is long overdue.

As it stands, however, there’s a disconnect between rich-world consumers and the resources and emissions that go into the food they buy in stores and restaurants, Lang believes. Addressing this requires multilateral action from governments, regulators, producers, manufacturers, and retailers. And though it is, in Lang’s words, the “weakest form of intervention,” food labeling would be a good place to start.

“Policymakers are locked into the idea that offering a vast choice of internationally sourced foods on supermarket shelves is in the consumer’s best interest—it’s not,” Lang says. “In fact, it’s going to be their undoing, which is why people must be given the chance to make informed decisions about the impact of the foods they eat.”