Will gas prices fall below $4 this summer? Upside’s CEO predicts when prices will normalize 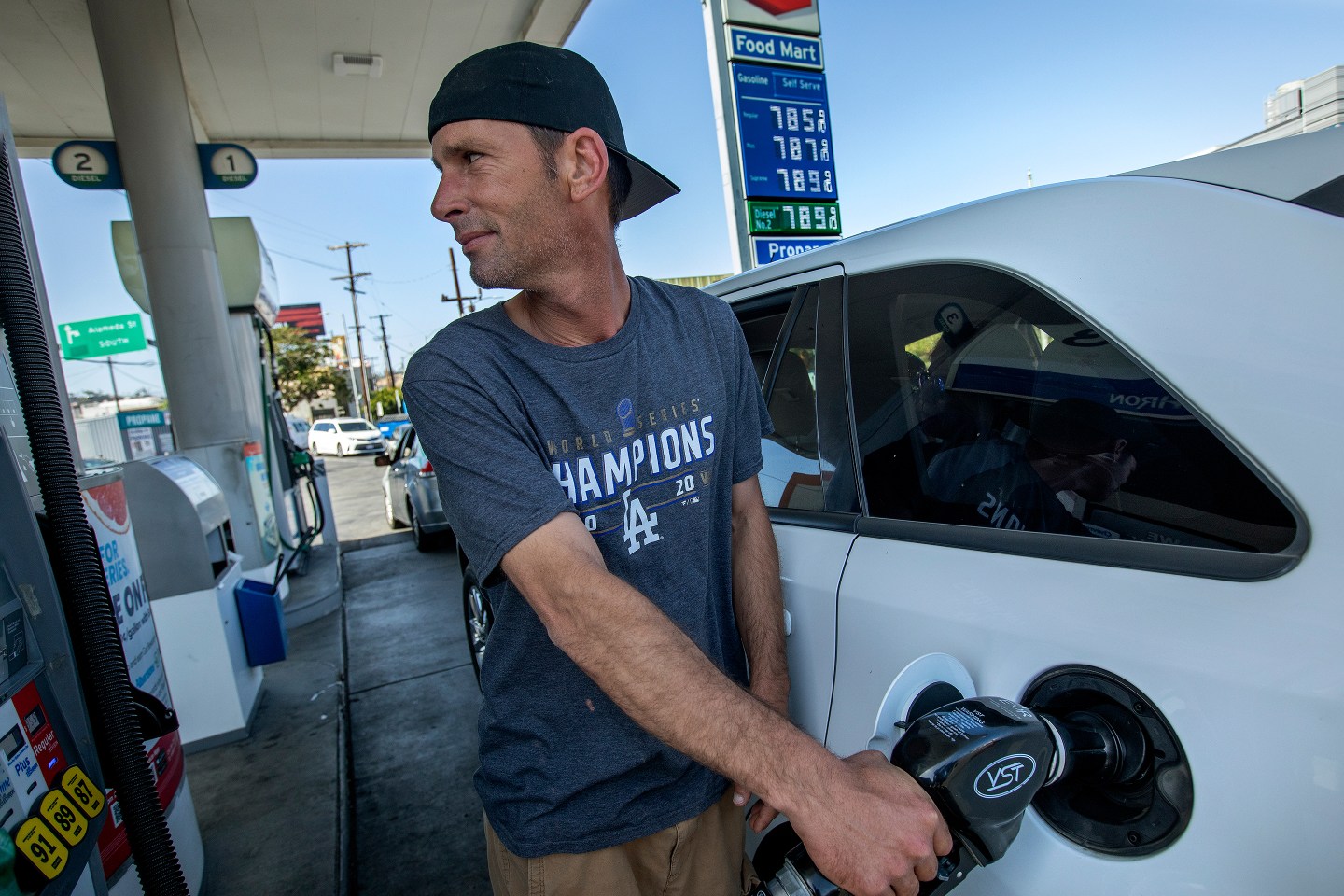 Rollercoasters are summer staple. But this year the wild ride has been at the gas pump.

After creeping towards $5 a month ago, prices have cratered and now sit below a $4.30 national average, according to AAA. It is certainly a welcoming sight for driver, and President Joe Biden took to Twitter to champion savings by previously roughed-up consumers: “Gas prices have been dropping for 34 days straight, about 50 cents a gallon. That saves the average driver about $25 a month,” Biden tweeted on July 18.

Drivers’ wallets may be taking less of a beating, but will prices continue to fall? And how far? Fortune spoke with Alex Kinnier, the CEO of Upside to find out more. The company, which was co-founded by Kinnier in 2015 has partnered with 20% of gas stations across the country to give customers cash-back offers at various pumps, including brands like Shell, BP, Circle K, Valero and Phillips 66. Upside closed a series D in April valuing the company at $1.5 billion. As of June, some 30 million users have utilized the app since inception. Kinnier himself has an MBA from Harvard Business School and has spent almost 10 years working with fuel retailers. Here are his predictions for where gas prices are going.

Where gas prices go from here

Kinnier is optimistic that prices could normalize in the near term. “We see the street price for gasoline staying in the $4 range for the foreseeable future (1+ years away)… prices are going to stay in this low $4 range because their (oil) refineries, their capacity and other inputs have reached equilibrium.”

Kinnier’s expected price target is a notable drop from year-high levels—on June 14, AAA data showed a national average of $5.016 per gallon. The low $4 range the Upside CEO predicts is not far off from other analysts’ estimates. On July 19, Patrick De Haan, head of petroleum analysis at GasBuddy (a company that helps consumers compare fuel prices) tweeted that he projected prices falling to $3.99 by August 14. On July 25, according to GasBuddy, that price was the most common among stations, with $3.89 occurring the second-most. The decline, Kinnier says, is attributed to falling oil prices, recession fears, and a decrease in demand given shockingly high prices earlier in the summer.

What does that equilibrium mean for people setting prices at the pump? It is a good omen for small stations, which the Upside CEO says make up half the market. Despite the fact that prices were up earlier in the year, Kinnier says they were not passed over to those running the pumps. According to Upside data, independent dealers were operating at a loss during the 12-month period prior to this summer’s price decreases.

On the consumer side, falling prices could put an end to long periods of unease by drivers. “Rising prices are definitely stressing consumers; we are seeing demand drop,” Kinnier said of the price hikes. “People are choosing to drive less, though it’s not a massive drop at this point in time.”

While prices are on their way down, President Biden argues that more could be done by gas station owners. On July 23, Biden tweeted: “Recently, we’ve gotten a lot of good news on gas prices. But that doesn’t change the fact that industry’s margins are much higher than what’s typical for this time of year. Oil prices are dropping, gas prices should too.”

Kinnier, however, argues that the best solution is to let the market naturally reset. Distribution and marketing, he said in a blog post, make up only 5% of the total regular gas price. Additionally, independent dealers are at the mercy of the market and the location of its competitors to drive business, and the rapid changes in profit margin make a steep lowering of prices bad for business, Kinnier says.

“Artificial price caps in any balanced economic structure drives inefficiency into the market, which will eventually hurt the consumer,” Kinnier says. “The most efficient way in a market this large to to help the consumer is to let supply and demand run its course.”