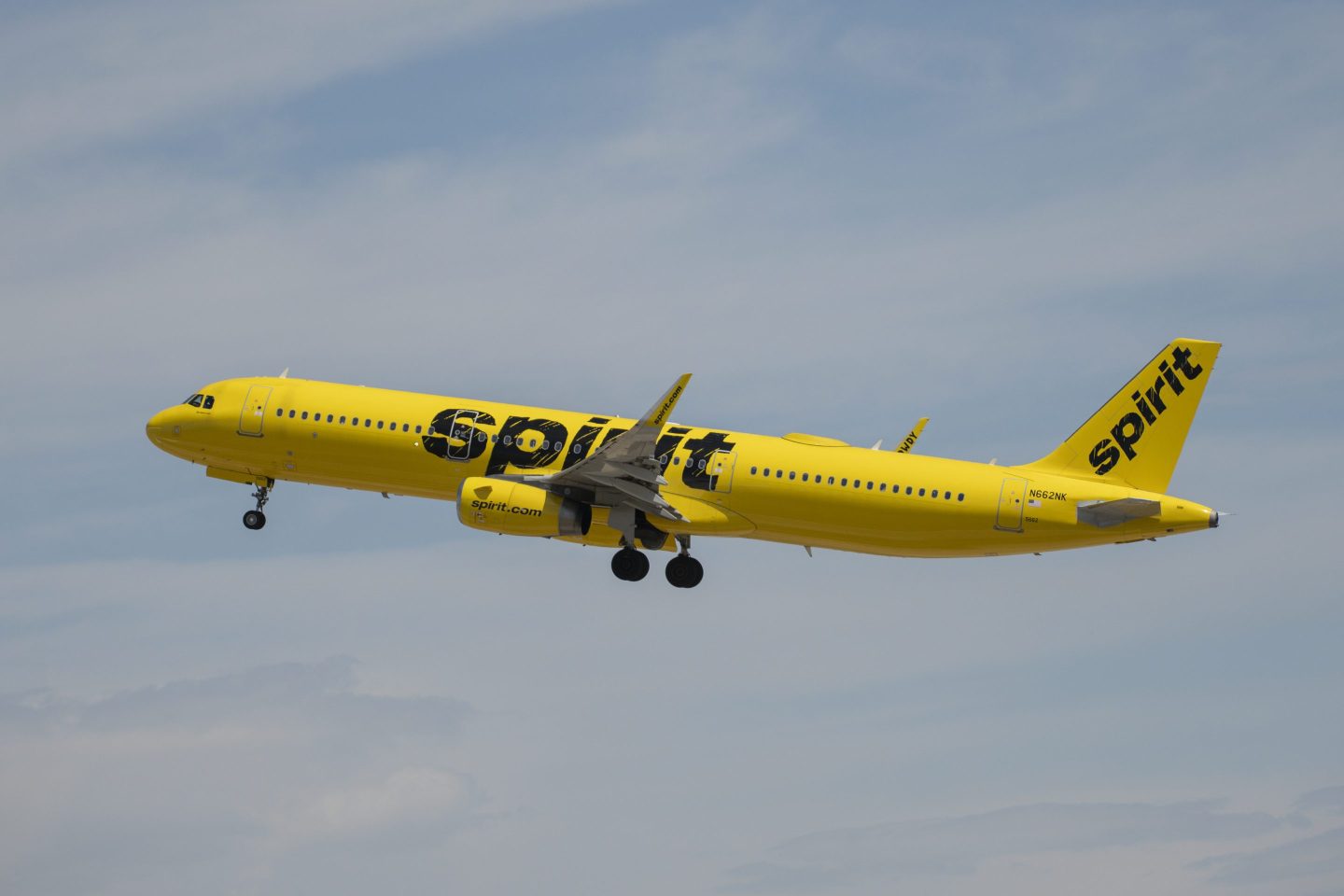 Either combination would become the fifth-largest U.S. airline based on domestic passenger traffic.
Daniel Brenner—Bloomberg/Getty Images

With a fateful vote a day away, Spirit Airlines Inc. is standing alone at the altar despite having two suitors that have spent months trying to acquire the low-cost carrier.

Spirit’s proposed merger with Frontier Group Holdings Inc. doesn’t have enough support from shareholders, and the acquirer has said it’s not sweetening the terms of the deal any further. Meanwhile, Spirit’s talks with would-be merger partner JetBlue Airways Corp. have yet to produce a breakthrough, people familiar with the discussions said.

Spirit shareholders are set to decide on Frontier’s $2.6 billion cash-and-stock proposal on Wednesday, a vote that has been delayed four times already but is likely to go forward as planned this time, said the people, who asked not to be identified discussing private information. The agreement, reached in February, was upended by an all-cash JetBlue bid that now exceeds $3.7 billion. Some investors prefer the higher offer, though Spirit and Frontier have argued JetBlue is more likely to be blocked by antitrust regulators.

Spirit is continuing talks with both Frontier and JetBlue, so a deal can’t be ruled out completely. But weeks of negotiations with both would-be partners have yet to produce a resolution. In a plea earlier this month for a further delay in the shareholder vote, Frontier said it was still “very far” from winning sufficient support. Two influential advisory firms, ISS and Glass Lewis, have recommended votes against the Frontier offer.

The lag in support for the Frontier deal continues to be the case, according to three people with knowledge of the effort to convince shareholders to back the agreement, though that assessment is based on preliminary figures and may still change ahead of the meeting. Frontier could ask for another delay in the vote, although it already has said it won’t increase the offer now on the table. Spirit’s board reiterated its support for the Frontier agreement as recently as July 13 and was still urging investors to vote for it.

Spirit shares were little changed at $24.02 at 11:35 a.m. in New York, while Frontier was down 2.6% to $10.78 and JetBlue declined 2% to $8.27. Spirit on Monday shifted its quarterly earnings report to Wednesday after the vote, a day earlier than originally planned.

Failure to acquire Spirit means Frontier misses a shot to remove its largest competitor among ultra discounters who offer rock-bottom fares and then charge for anything extra like an assigned seat or onboard snacks. While JetBlue operates a totally different business model, Spirit is its best option to achieve rapid growth that would enable it to compete better with larger rivals.

Either combination would become the fifth-largest U.S. airline based on domestic passenger traffic, behind the three major global carriers and Southwest Airlines Co.

Spirit and Frontier declined to comment. JetBlue referred to a July 13 statement in which it said the airline remained “encouraged by the significant progress” made in ongoing talks and ready to enter a binding merger agreement with Spirit.

Negotiations thus far haven’t produced such a deal, the people said, and Spirit’s board has yet to declare JetBlue’s offer a superior proposal. JetBlue has shrugged off repeated rejections from the board and repeatedly improved its offer since joining the fight in April. Spirit’s board has countered that shareholders eventually stand to earn more by holding stock in the combined carrier, and that a combination with JetBlue will never pass the scrutiny of U.S. antitrust enforcers.

JetBlue has said buying Spirit would give it fast access to a large fleet of Airbus SE aircraft and pending orders, and to a pool of qualified pilots at a time of an industrywide shortage that’s expected to persist for several more years.

Discovery Capital Management LLC and TIG Advisors LLC, both investors in Spirit, have urged the carrier to abandon the Frontier deal in favor of JetBlue’s offer.