Billionaire twin brothers brawled on a luxury yacht over the control of their U.K. business empire, a London court hears 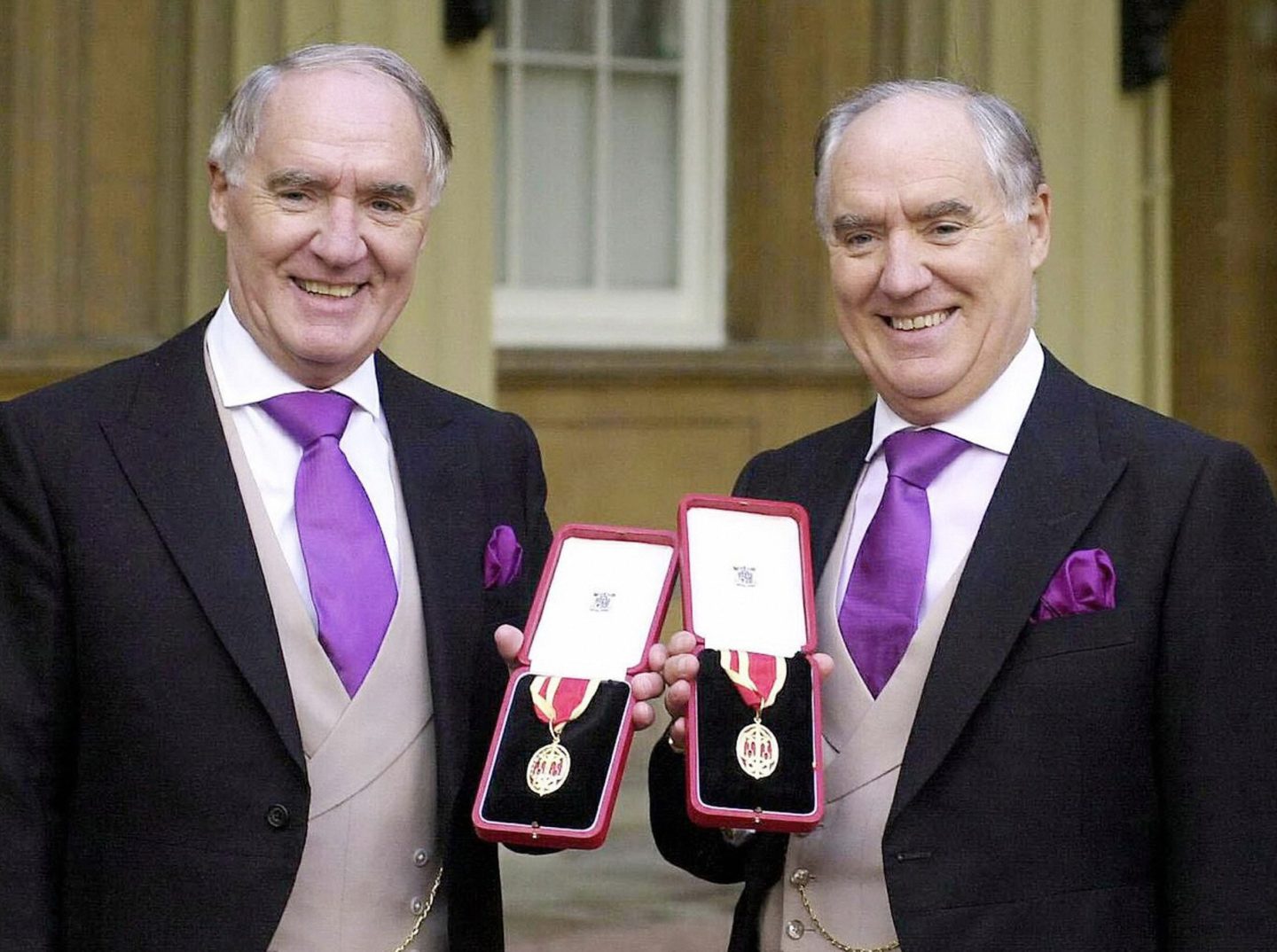 Sir Frederick Barclay and his twin brother, Sir David Barclay, outside Buckingham Palace after receiving their Knighthoods for their support of medical research in October 2000.
Michael Stephens—AFP/Getty Images

Highly secretive and extremely rich and powerful, the identical twins known as the Barclay brothers managed to keep a very tight lid over how they amassed and maintained their 7-billion-pound ($8.4 billion) fortune.

But as Frederick Barclay faces jail time for refusing to pay a dime to his ex-wife after their divorce, details of the fallout between the twins—which led to a handoff of the U.K. business from Frederick to his brother David—are emerging.

On the first day of the hearing, a London court was told that the two brothers had a fist fight on their co-owned luxury yacht over who got control of their U.K. business empire. “They were punching each other,” Hiroko Barclay, Frederick’s ex-wife, said in court.

Hiroko Barclay is attempting to send Frederick Barclay to prison over his nonpayment of the 100 million pounds ($120 million) she is due in their divorce settlement. “Frederick says he cannot pay. He says he has no money. I do not believe him. It is not that he cannot pay, but that he will not pay,” she said.

Frederick Barclay, who was knighted alongside his brother in 2000 for their philanthropic support of medical research, was also accused by Hiroko of transferring all his wealth to their daughter and to a complex series of trusts “in order to avoid paying any tax.”

The divorce offers a rare glimpse into the lives of the two brothers, who built up a vast business empire by buying and selling off breweries, hotels, shipping lines, and oil and gas fields. The two brothers at one point owned the Daily Telegraph and the London Ritz Hotel.

The twins once lived happily together in a castle in the Channel Islands, known for its tax-haven status—at least until 2014, when it was reported the two brothers fell out. At the time, Frederick agreed to hand control of the family business to David, a move he called “the greatest mistake I’ve ever made.”

While previously little was known about how much Frederick was raking in from legacy dividends from the business, lawyers of Hiroko Barclay claim he is the principal beneficiary of a trust, controlled by relatives, that receives funds from loan notes worth 545 million pounds ($653 million).

After their divorce last year in May 2021, Judge Jonathan Cohen ordered Frederick to pay 50 million pounds of the 100-million-pound settlement in 2021, and the remaining 50 million pounds in April 2022. The settlement was one of the biggest divorce awards in English legal history.

At the time, Cohen called Barclay’s behavior “reprehensible” after the tycoon “completely ignored” court orders and sold a luxury yacht.

After he failed to pay any of the settlement, Hiroko brought Frederick back to court, now seeking jail time. On Monday, Hiroko accused the tycoon of trying “to string things out” and hide “behind a web of complex structures,” to get out of paying the settlement until either she or Frederick dies.

Meanwhile, lawyers representing Frederick say that he cannot pay the 100 million pounds, or the half-million pounds of legal fees owed to his ex-wife’s lawyers, due to a lack of liquidity in his assets.

Barclay’s lawyers told the court that “he has struggled desperately to get hold of money to settle the divorce bill, but does not have control of the funds.”

Lawyers for Frederick say this time he “is highly motivated to comply with the orders because of his abject fear of prison.” Barclay himself was quoted as saying, “I’ve never had as much stress as this divorce since I was a young boy.”