Recession fears and rising rates are a buying opportunity for affluent Americans: ‘This is when the wealthy make their money’ 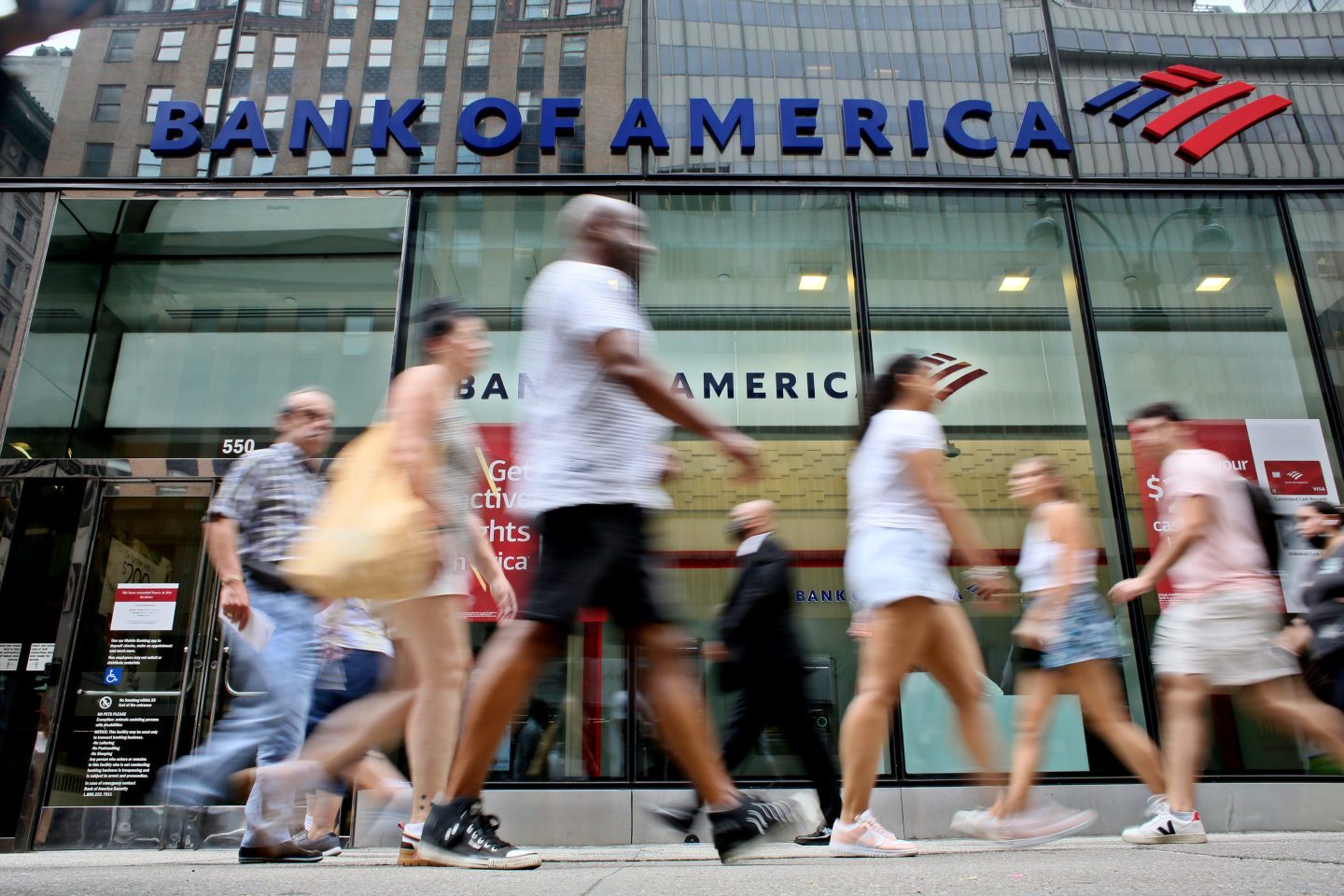 Soaring inflation and rising interest rates are sending shockwaves through the markets and stoking fears of a recession — but that hasn’t stopped America’s most wealthy from increasing their borrowing in the first half of the year.

The wealth management units of Morgan Stanley and Bank of America both posted double-digit loan growth in the second quarter, brought on by a rise in mortgages and loans backed by assets like stock-and-bond portfolios.

According to a new report by the Wall Street Journal, the wealthier subset of American society is tapping their securities-backed credit lines to buy up assets priced cheap in today’s markets.

Morgan Stanley noted that mortgages rose 30% in its wealth unit from a year earlier to $50 million, while their securities and other asset-backed loans rose 23% from the year earlier to $93 million.

Bank of America saw its management loans increase 12%, outpacing the 4% increase in the bank’s consumer division.

“Volatility and market decline are when the wealthy make their money,” Mike Kosnitzky, co-head of the private-wealth practice at law firm Pillsbury Winthrop Shaw Pittman LLP, told the Wall Street Journal. “This is a buy time.”

The rich spent their money differently from the poor

Wealthy Americans fared better in the pandemic than their poor counterparts.

A stock market and real estate boom, which drove up the value of assets owned by the rich, coupled with ultra-low interest rates which gave them cheap debt to play around with, helped the rich save at record rates.

Americans saved an extra $2.7 trillion from January 2020 to December 2021, according to Moody’s Analytics—half of which was held in the hands of the top 10%.

Despite, rising interest rates and a faltering stock market, the growth of asset-backed borrowing indicates a resilient economic sentiment from richer U.S. consumers who rallied against recession fears in the first half of 2022.

But while asset-backed loans rose among the rich, credit card debt also increased among all borrowers in the second half of 2022.

JPMorgan and Wells Fargo, who saw their loan books rise by 7% and 8.4% in the second quarter, both reported a 17% increase in credit card loans, according to Reuters.

Nela Richardson, chief economist at payroll processor ADP, called the situation a “double-whammy” noting poorer Americans are now spending down their savings and shifting to credit for their purchases, which is met with hiked prices.

“That means consumers are not only making purchases at today’s inflated prices, they’re paying even more on top of that to cover the rising cost of borrowing.”

Kenneth Leon, research director, industry and equities at CFRA Research told Reuters: “We really have not seen yet any major cracks as it relates to the health of the consumer. Credit quality is still very good but that will probably shakeout sometime next year.”