The labor shortage might be killing your Domino’s Pizza Order 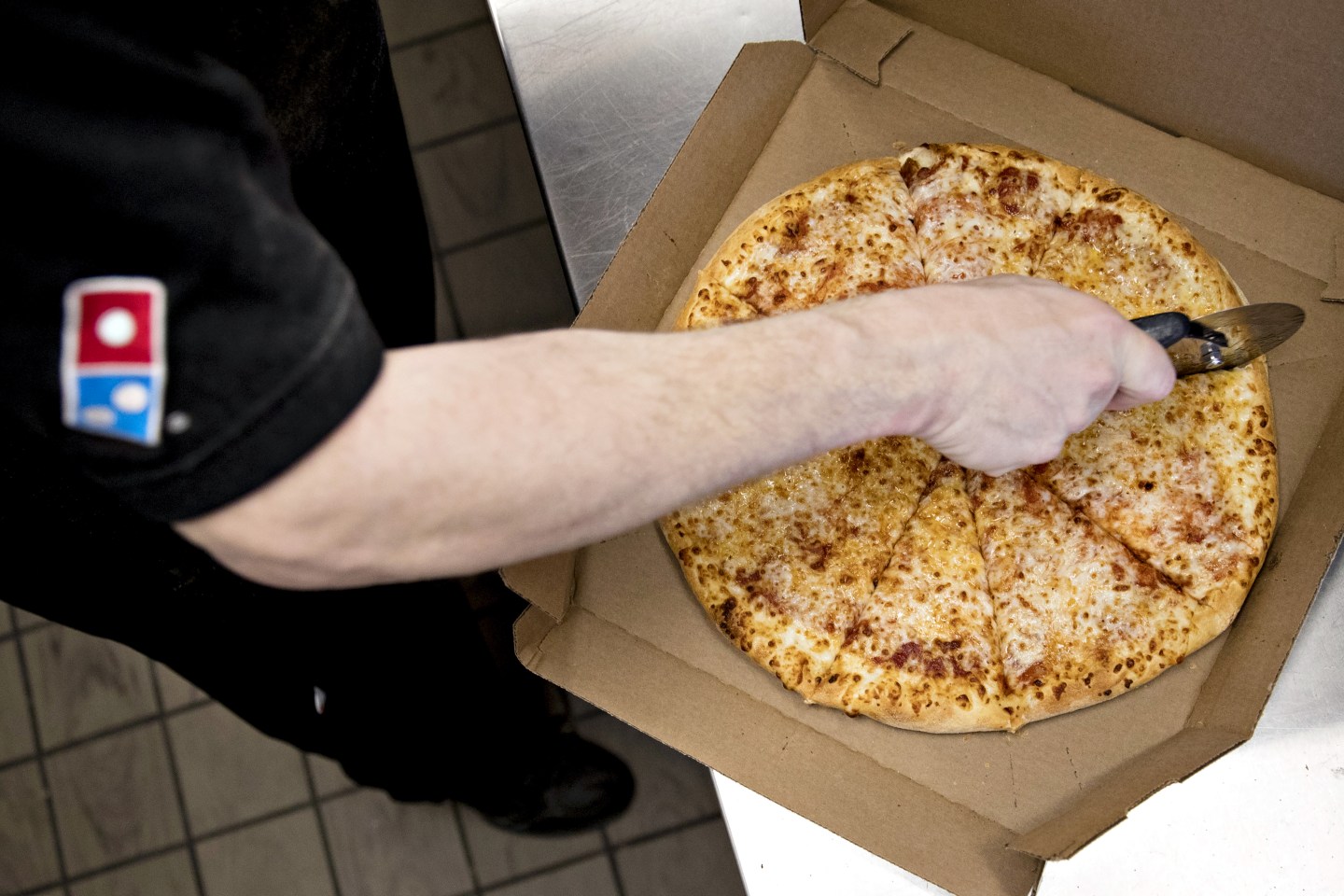 The labor shortage might be killing your Domino’s Pizza order.
Andrew Harrer—Bloomberg/Getty Images

Ever wonder why it’s getting harder and harder to place an order for a late-night pizza?

It’s not that people don’t want it, according to Domino’s Pizza. People keep putting in orders for cheesy bread, but there just isn’t enough staff to answer the phone, make the pizza, and deliver it, according to the company’s earnings call last week.

The company reported a 11.7% drop in delivery sales in Q2 compared to the previous year, with total global retail sales dropping 3% over that time period, mostly due to staffing problems.

And the tight U.S. labor market is just one of the company’s problems, according to CEO Russell Weiner. The rising cost of goods—and therefore the price of their pizza— has also led to a drop in sales.

“I can assure you that nobody at Domino’s is happy with our recent performance,” Weiner said. “However, I have tremendous confidence in the team that we have assembled to leverage some of our current successes, address our current pressures and proactively work to mitigate the negative impact of those external factors that we can’t control.”

The solution to Domino’s delivery problems? Using call centers to get all those late night pizza orders on the road. The company says it has contracted third party call centers to answer phone orders, in hopes of freeing up employees to complete other responsibilities.

“This allows team members to focus on making and delivering pizza without having to worry about answering phones, especially during the busiest times in the store,” Weiner said on the earnings call on July 21.

Domino’s has already implemented their call center strategy for restaurants across the country. At the end of the second quarter, “around 40% of our U.S. stores were utilizing call centers in some capacity,” Weiner said, leading to far fewer unanswered calls than in the first quarter.

But the CEO was upbeat, saying that Domino’s has turned a corner, and the answers to the company’s labor shortage are already in place. Domino’s top stores are meeting demand and outperforming the system, signaling it is possible to overcome the present challenges. He added the company was continuing to evaluate best practices to keep up with orders.

“The question remains, can we close the gap in performance and get back to fully meeting demand, utilizing our current delivery model as it has evolved over many decades?” Weiner said. “Until we’ve fully answered this question, all options will remain on the table.”

Domino’s Pizza did not respond to Fortune’s request for comment.