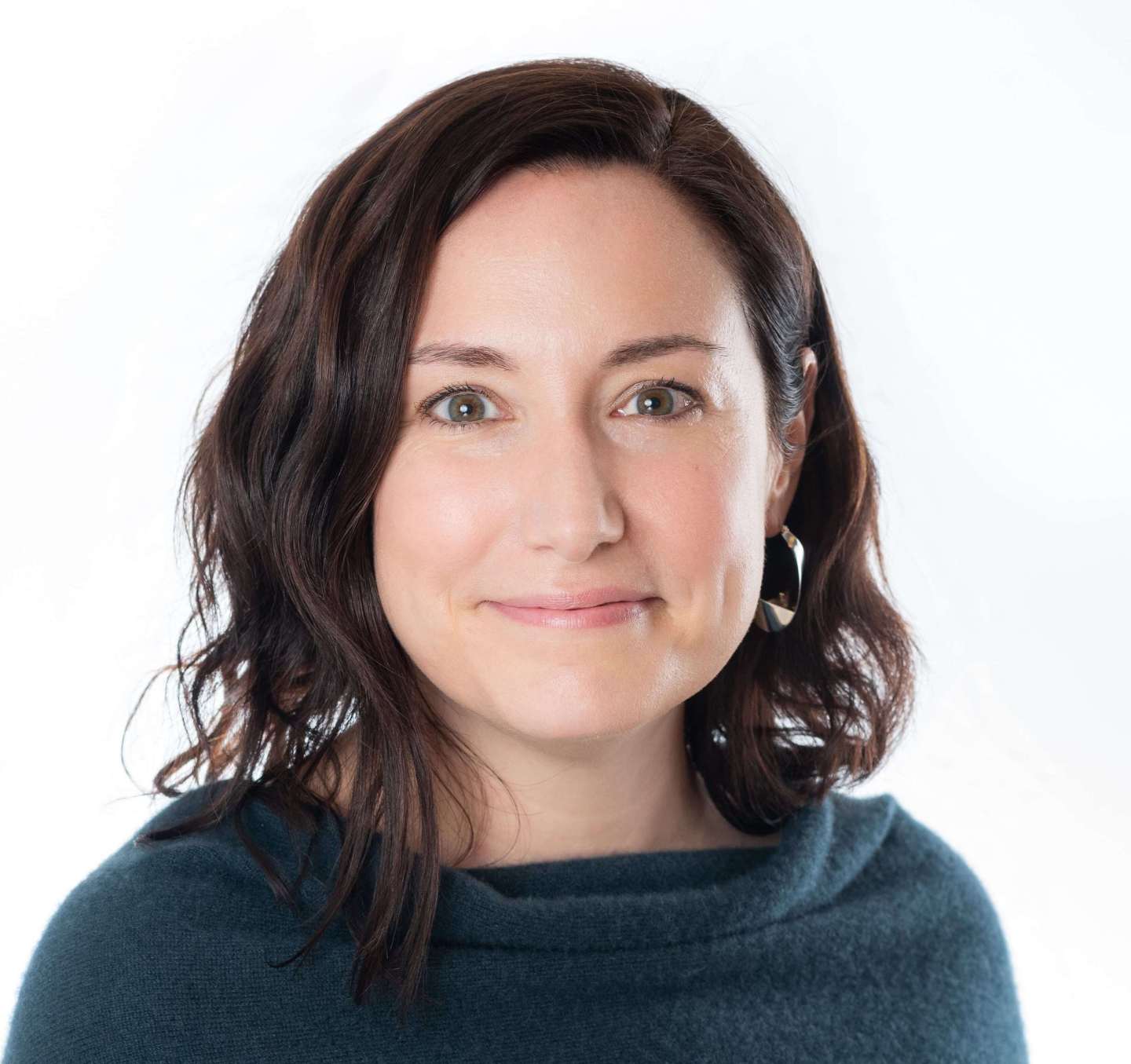 "Companies are going to try and keep as many employees as they can, so companies will try to cut unnecessary costs, which might include spending on individual vendors to offer perks to employees," says Amy Spurling, founder and CEO of Compt.
Courtesy of Amy Spurling

This is reporter Lucy Brewster, filling in for Jessica while she is away. Today, we’re diving into the world of employee benefits.

Are perks broken? That’s the argument Amy Spurling, founder and CEO of employee perk software firm Compt, has been making since starting her company in 2018. Think about your own company’s offerings, which may include things like a gym subsidy you’ve never touched, mental health apps that you thought about activating but haven’t gotten around to, or childcare benefits that are only relevant to a small swath of your workforce.

Worse, when the economic picture darkens perks can be among the first things to go. In 2008, many employees saw their benefits slashed when companies enacted their recession budgets. And as Spurling points out, during the pandemic, many hourly workers lost perks (while on the flip side, primarily white collar workers were enticed with new perks during the Great Resignation). If we do enter a recession, as many economists predict, benefit programs may again appear on the chopping block—especially those that go largely unused. That’s why instead of a grab bag of offerings, Compt offers workers an individualized stipend perk system that is tax compliant. “There isn’t really anything that has a higher activation rate than compensation,” Spurling explained when we spoke.

Spurling is also passionate about employee health care. She spoke to Fortune about whether employee perks will survive the economic downturn, what employees really want, and how firms are responding to the recent ruling overturning Roe v. Wade. Our conversation had been edited for length and clarity.

“Companies are going to try and keep as many employees as they can, so companies will try to cut unnecessary costs, which might include spending on individual vendors to offer perks to employees,” says Amy Spurling, founder and CEO of Compt.
Courtesy of Amy Spurling

How did you come up with the concept for Compt?

My background is that I’m a three-time former CFO. So I have experience managing finance and HR for about 20 years. I saw the need for every employee to have benefits that were different and personalized, which led me to realize that the solutions we had available were not cutting it. Many traditional benefits have low adoption rates. For example, when companies offer childcare or student loan forgiveness, usually around 5% of the team uses those perks because not everyone needs them. I wanted to create a platform that allowed firms to offer really inclusive benefits that would be individualized for every employee.

How are companies handling employee benefits during the current market downturn? How does this compare to how employers handled employee perks during the recession in 2008?

Our clients are not [rolling back employee benefits.] I was a CFO in 2008, so I fully understand the budget compression that companies have. The challenge back then was the same one we’re having now, which is that firms still have to attract and retain talent but they have a much smaller budget. So you need to figure out how to keep employees in the most economical way possible. Right now, we also have low unemployment, which means it’s really hard to get the talent that you need. Job candidates aren’t choosing where to work based on salary or health insurance because they all know what they should be making. Salary information is available on Google, and if companies don’t pay in that range, candidates will go somewhere else. So you have to differentiate—usually with employee perks. But if you’re putting benefits in place that have a 5% utilization, paying for them doesn’t work well for the employer. With the stipend concept, we typically see customers get over 90% utilization. It is a lot more economical from the company’s perspective compared to paying for a myriad of perks that aren’t fully used.

You mentioned your clients aren’t rolling back perks, yet do you see other companies already start to roll back some perks in response to recession fears?

We’ll definitely see. During the pandemic we saw a rollback of individual employee perks largely based in the hourly worker space. We didn’t see those individual rollbacks as much in the tech industry in the earlier pandemic days, but now we’re seeing layoffs in the tech space and seeing a similar consolidation happen. Companies are going to try and keep as many employees as they can, so companies will try to cut unnecessary costs, which might include spending on individual vendors to offer perks to employees. If the firms can’t afford all of those perks, how do you offer benefits in a much more economical way to give the same breadth of perks to the employees on a smaller budget?

How has remote work changed the employee perk industry?

Remote work has definitely been a tailwind for us. The employee perks industry was already shifting even before the move to fully remote, but fully remotely work laid bare the fact that the old system was completely shattered. When firms don’t even have an office where people are able to congregate and use something like an on-site massage perk, for example, it makes clear the benefits are outdated. Office perks are not a thing anymore for most people, because they’re not in an office. Allowing remote work isn’t even a differentiator anymore among different employers. So even remote work isn’t going to get you the right employees necessarily.

The Supreme Court recently overturned Roe v. Wade, which drastically changed access to abortion care across the United States. How are companies responding to this ruling?

Clients, benefit brokers, prospects, and so many others are talking about this ruling. A lot of people are living in or have employees in a state where the laws just got really strict. On my team, I have employees in Arkansas and Texas. Many employers are concerned about trying to navigate these new policies to make sure that people can get the care they need. It’s not just abortion rights that has been restricted. This ruling has had an impact on people’s access to fertility treatments, IVF, and women’s health in general. So a lot of companies are trying to figure out tough choices. Either you’re going to follow the law and do nothing for your team, or you think that you should be doing something because you believe that everyone should have access to this health care. If you’re deciding you want to help your employees receive health care, you might be going to break some laws. And so a lot of companies are in that position right now, which is tough for finance, HR and legal teams because we love our policies and documentation, but, if you’re choosing to break laws, it’s really hard to have a lot of documents.

Of those choices, what direction do you see companies going in? Do you think the legal liability will be too great to take on for some firms?

A lot of companies have already voiced support for policies like cross state travel funds that are allowing employees to cross state lines to receive care. When big brands are supporting their employees crossing state lines, that creates a space where other companies can follow suit. There will always be companies that say, ‘Hey, there’s just too much liability. We can’t do this.’ But I think a lot of companies are looking at it like ‘Alright, we certainly don’t want people on our team dying because they can’t get access to the health care that they need.’ And when it comes to very, very restrictive states with very restrictive laws, cross state travel stipends are being created to go towards travel expenses and childcare during travel, for example.

Yes. Employees should not be sharing their individual medical status with companies. There is a HIPPA violation if an employer knows about an employee’s specific abortion procedure, for instance. But there is also the concern that if an employer knowingly helps somebody cross state lines for a medical procedure that is illegal, both the employer and the employee have liability in some of these states. So the less you know as an employer, the better. I don’t want to know what specifics my team needs. If you need the stipend, use it to pay for your travel and your childcare. If you need extra for that medical procedure, and it doesn’t go through health insurance, you can have that. But I don’t want to know what it is. Do not tell me. And so with a lot of companies, that’s where you get into the situations saying ‘Hey, we love documentation. But, please don’t give me any documentation.’

What are you most excited for that you have coming up?

This is an exciting time for us right now. When companies are budgeting due to economic downturn, this is an opportunity for us to support these teams that want to build a more diverse, inclusive environment and attract and retain their key people. So we’re really excited about the tailwind for us. We’re also seeing a huge movement towards these out of state care stipends, and personally I’m very passionate about making sure people have access to health care as well. So there’s some really great things on the horizon for us.

- Fonoa, a remote-based tax automation company, raised $60 million in Series B funding. Coatue led the round and was joined by investors including Dawn Capital, Index Ventures, OMERS Ventures, FJ Labs, and Moving Capital.

- Charles, a Berlin-based conversational commerce system for WhatsApp, raised $20 million in Series A funding. Salesforce Ventures led the round and was joined by investors including Accel and HV Capital.

- CivicEye, a Charlotte-based cloud-based public safety software provider for law enforcement, prosecutors, and courts, raised $12.4 million in Series A funding. Cercano Management led the round and was joined by investors including Relevance Ventures and other angels.

- Amazon.com agreed to acquire One Medical, a New York and San Francisco-based primary care provider. A deal is valued at $3.49 billion.

- Contrary Capital, a San Francisco-based venture capital firm, hired Anthony Nardini as head of talent. Formerly, he was with On Deck.