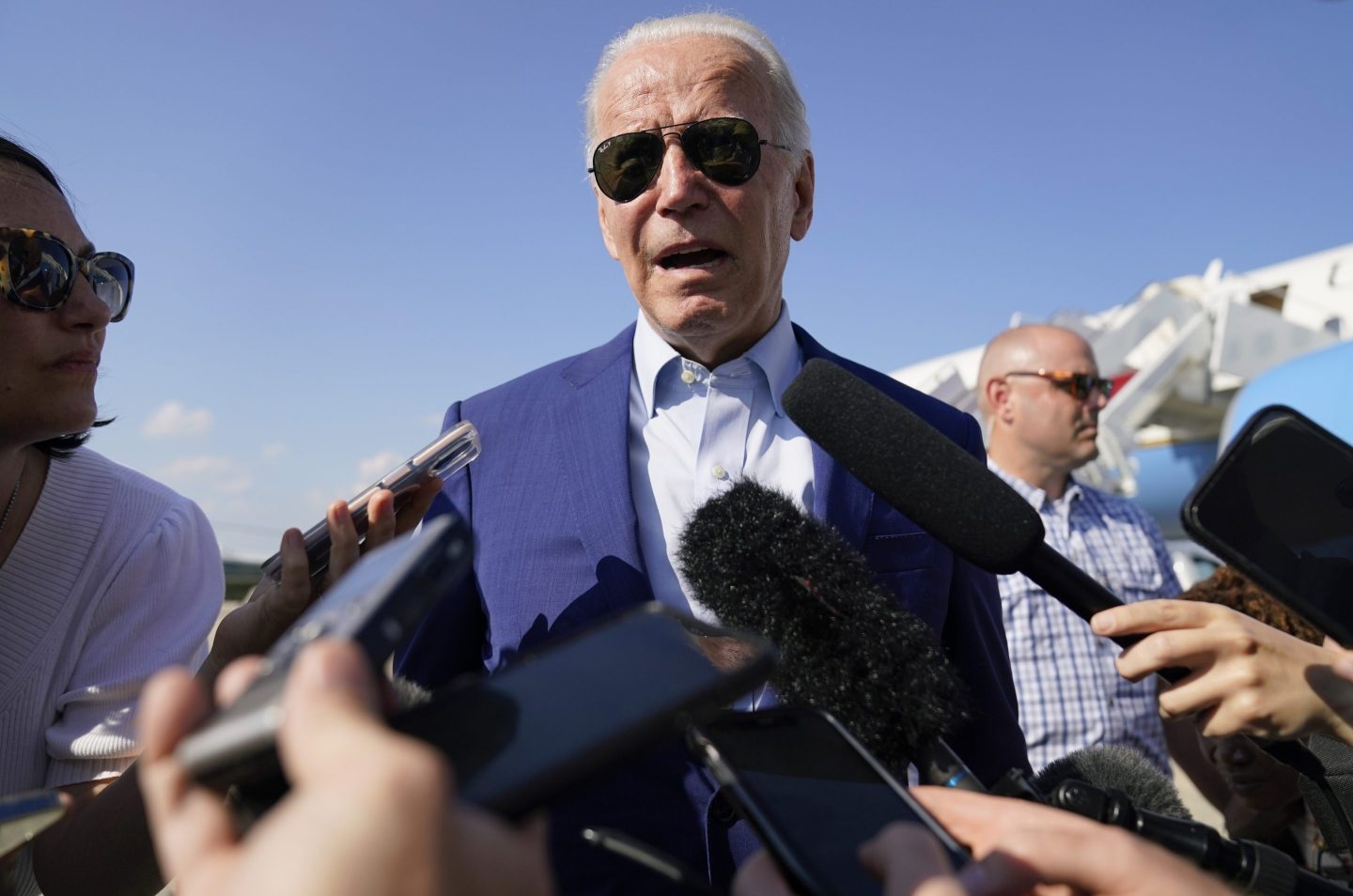 Biden has tested positive for COVID-19 on Thursday, July 21, making him the second U.S. president to get the virus.
Evan Vucci—AP Photo

President Joe Biden tested positive for COVID-19 on Thursday, underscoring the persistence of the highly contagious virus as new variants challenge the nation’s efforts to resume normalcy after two and a half years of pandemic disruptions.

White House Press Secretary Karine Jean-Pierre said that Biden was experiencing “mild symptoms” and has begun taking Paxlovid, an antiviral drug designed to reduce the severity of the disease.

Biden, 79, is fully vaccinated, after getting two doses of the Pfizer coronavirus vaccine shortly before taking office, a first booster shot in September and an additional dose March 30.

Up to this point, Biden’s ability to avoid the virus seemed to defy the odds, even with the testing procedures in place for those expected to be in close contact with him. Prior waves of the virus swept through Washington’s political class, infecting Vice President Kamala Harris, Cabinet members, White House staffers and lawmakers. Biden has increasingly stepped up his travel schedule and resumed holding large indoor events where not everyone is tested.

Top White House officials in recent months have been matter-of-fact about the likelihood of the president getting COVID, a measure of how engrained the virus has become in society—and of its diminished threat for those who are up to date on their vaccinations and with access to treatments.

When administered within five days of symptoms appearing, Paxlovid, produced by drugmaker Pfizer, has been proven to bring about a 90% reduction in hospitalizations and deaths among patients most likely to get severe disease.

In an April 30 speech to more than 2,600 attendees at the White House Correspondents’ Association dinner, Biden acknowledged the risks of attending large events, but said it was worthwhile to attend.

“I know there are questions about whether we should gather here tonight because of COVID,” he said. “Well, we’re here to show the country that we’re getting through this pandemic.”

Biden is far from the first world leader—and not the first U.S. president—to get the coronavirus, which has infected British Prime Minister Boris Johnson, French President Emmanuel Macron and more than a dozen other leaders and high-ranking officials globally.

When Biden’s predecessor, President Donald Trump, contracted the disease in October 2020, it was a far different time. Vaccines were not available and treatment options were limited and less advanced. After being diagnosed with COVID-19 at the White House, Trump was given an experimental antibody treatment and steroids after his blood oxygen levels fell dangerously low. He was hospitalized at Walter Reed National Military Medical Center for three days

While much of the world has resumed normal rhythms after the early lockdowns to control spikes in cases and deaths, the virus still serves as a disrupter in daily life as people are forced to change plans, isolate and calculate the risks of taking part in various activities.