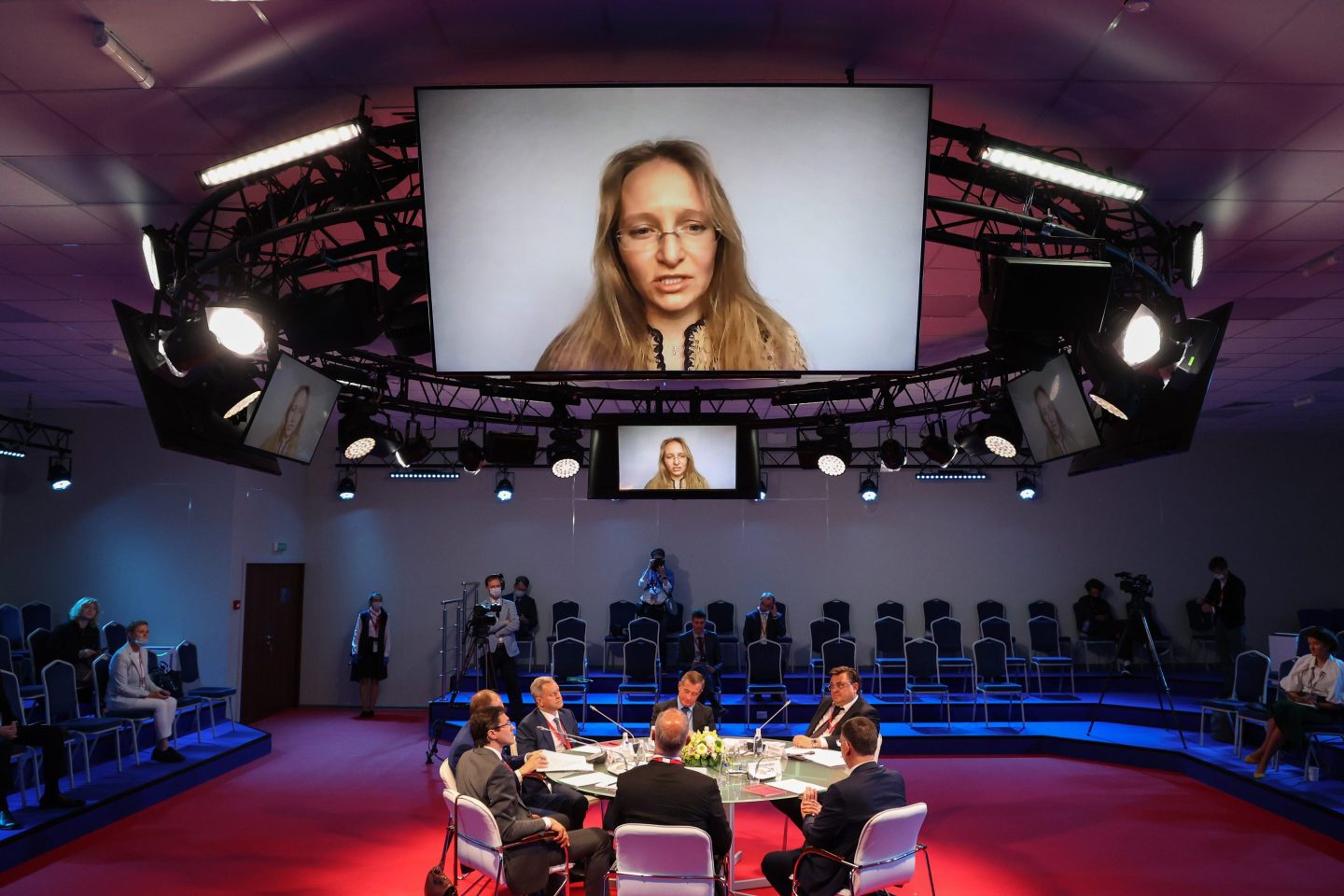 Putin's daughter Katerina Tikhonova, who is sanctioned by the U.S. and its allies, was named co-chairman of a committee to coordinate import-substitution efforts by the Russian Union of Industrialists and Entrepreneurs, known as RSPP.
Andrey Rudakov—Bloomberg/Getty Images

Russian President Vladimir Putin’s younger daughter has been handed a new role with the country’s most powerful business lobby to help beat the impact of international sanctions over his war in Ukraine, the RBC newspaper reported.

Katerina Tikhonova, who is sanctioned by the U.S. and its allies, was named co-chairman of a committee to coordinate import-substitution efforts by the Russian Union of Industrialists and Entrepreneurs, known as RSPP, the Moscow-based newspaper reported Wednesday. It cited a copy of the body’s document on the decision and said the RSPP’s press service confirmed the appointment.

The RSPP’s press service declined to comment when contacted by Bloomberg. RBC reported that a spokesperson for Innopraktika, which manages the National Intellectual Development Foundation where Tikhonova is a top executive, said Tuesday she hadn’t yet agreed to the appointment. The body didn’t immediately respond to a request to comment.

Putin has emphasized the importance of Russian businesses replacing foreign goods and services with domestic alternatives since the U.S. and Europe imposed sanctions after his 2014 annexation of Crimea. Russia’s invasion of Ukraine has prompted unprecedented levels of sanctions and a mass exodus of foreign investors, threatening a drastic slump in output in many sectors of the economy.

Despite repeated patriotic appeals to blunt the effect of sanctions with Russian-made substitutes, there’s been little real progress and the economy remains heavily reliant on imported products that are no longer freely available.

Tikhonova, 35, was linked to a $1.6 billion project to develop a science center and startup incubator next to Moscow State University. She also headed the elite school’s artificial-intelligence center and its sister fund, the development foundation. Both are managed by the Innopraktika, which counts Putin associates including Rosneft CEO Igor Sechin and Gazprombank CEO Andrei Akimov as board trustees.

The president’s elder daughter, Maria Vorontsova, was also sanctioned in April by the European Union, the U.K. and the U.S., which said she “leads state-funded programs that have received billions of dollars from the Kremlin toward genetics research and are personally overseen by Putin.”

Putin tightly guards his private life and has said very little publicly about his children with his former wife Lyudmila, refusing even to confirm their identities.