Putin’s daughters are so secretive that most Russians don’t know what they look like. Here’s everything we know about them. 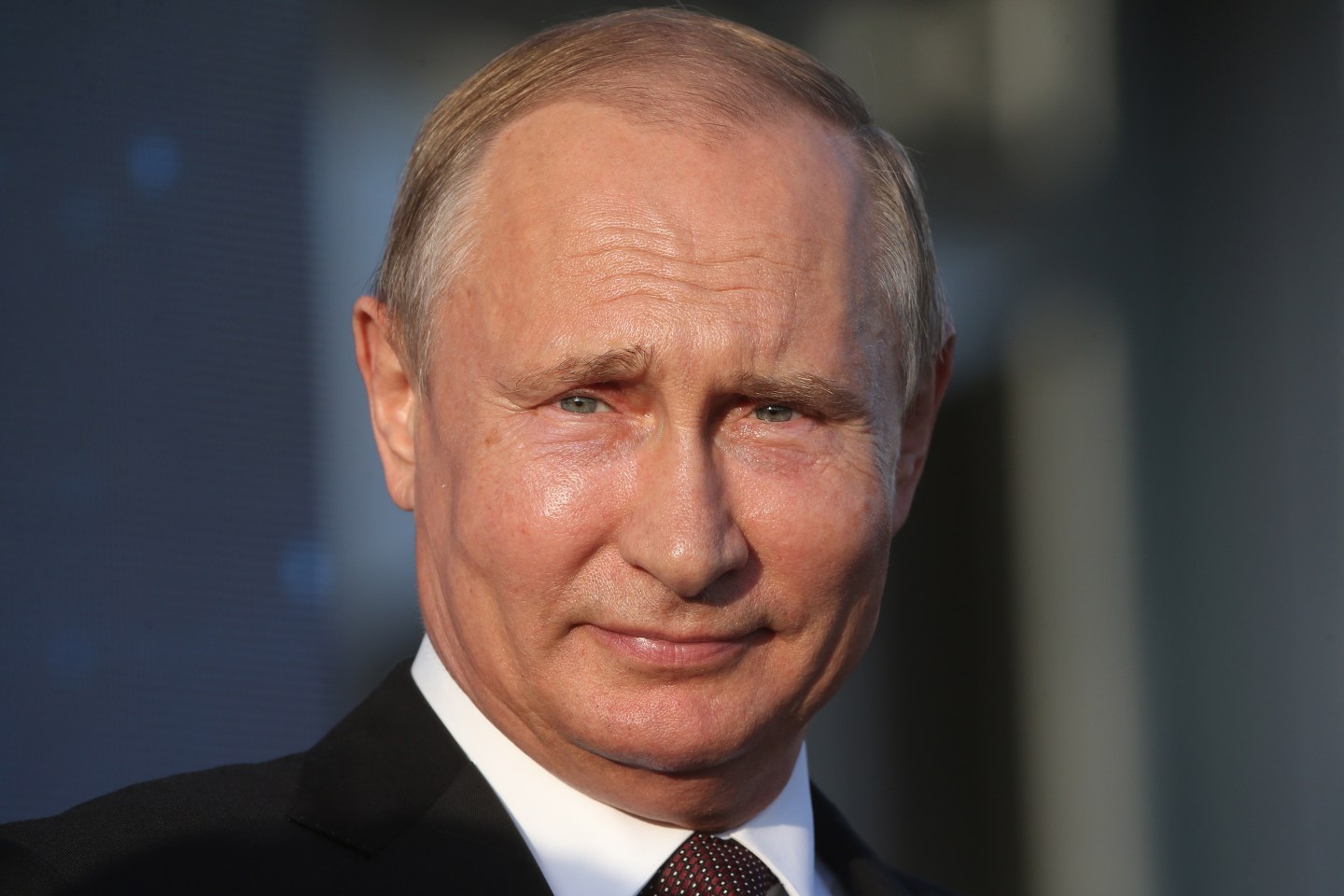 Russian President Vladimir Putin visits the Sirius Educational Center for Talented Children with Indian Prime Minister Narendra Modi (not pictured) on May 21, 2018 in Sochi, Russia. Modi is on a one-day visit to the Russian Black Sea coastal city Sochi for an informal summit with Putin.
Mikhail Svetlov—Getty Images

Russian President Vladimir Putin’s two adult daughters are the latest Russians to be hit with U.S. sanctions stemming from his invasion in Ukraine.

Putin’s daughters have historically been guarded from the public for security reasons but as the war rages on in Ukraine, Katerina Tikhonova, 37, and Maria Vorontsova, 36, have been catapulted into the media spotlight.

Due to personally gaining from the actions of the Russian government, Tikhonova and Vorontsova, 36, are set to be sanctioned, the U.S. Treasury reported on Wednesday. Additionally some U.S. officials believe that Putin’s daughters are hiding his wealth. These sanctions would affect Tikhonova and Vorontsova by seizing their assets and eliminating their ability to travel in Europe.

Here’s what we know about Putin’s daughters.

Putin has two daughters with his ex-wife

Lyudmila Shkrebneva was an air stewardess for Aeroflot—the largest Russian airline—when she began dating Putin in the late 1970s.

The couple initially met for a double date at a theater and Shkrebneva admitted that she “didn’t think much” of Putin and described him as poorly dressed. However after nearly four years, Putin proposed to Shkrebneva in 1983 and the couple married the same year.

Shkrebneva and Putin were married for 30 years and during the course of their union, Shkrebneva gave birth to two daughters: Katerina and Maria.

They likely have additional siblings

Shkrebneva and Putin divorced in 2014, allegedly because of Putin’s extramarital relationship with former Olympic gymnast Alina Kabaeva—whom he reportedly fathered four children with.

Additionally, the Russian investigative news outlet Proekt reported that Putin has a “secret” love child, a teenage daughter that is allegedly the product of an affair, according to The Washington Post. Putin’s alleged third daughter has been tentatively identified as Luiza Rozova—also known as Elizaveta Krivonogikh—by Forbes.

Katerina Vladimirovna Tikhonova—Tikhonova the surname of her maternal grandmother—was born in Dresden, Germany. She studied at both St Petersburg State University and Moscow State University and holds a graduate degree in physics and mathematics. Her nickname is Katya and she is a former competitive acrobatic dancer.

She is married to  Kirill Shamalov, son of Nikolai Shamalov, a longtime friend of President Putin. Tikhonova is a “tech executive whose work supports the GoR and defense industry,” according to the U.S. Treasury but she has also been identified as the deputy director for the Institute for Mathematical Research of Complex Systems at Moscow State University and a mathematician. Tikhonova and her husband had corporate holdings worth about $2 billion in 2015, according to Reuters. Tikhonova’s current net worth is unknown.

Maria Vorontsova is a doctor and medical researcher

Maria Vladimirovna Vorontsova—also known as Maria Putina—is reportedly Putin’s eldest daughter. She is a genetics researcher and pediatric endocrinologist who co-wrote a book on stunted growth in children and studied at both St Petersburg State University and Moscow State University. Vorontsova is a polyglot, speaking English, German, French and Dutch. She leads state-funded programs that are personally overseen by Putin and have received funding from the Kremlin for genetics research, according to The Wall Street Journal.

Vorontsova appeared in a Russian television interview on childhood obesity and diabetes in 2019. Her nickname is Masha and she was born in Leningrad and is married to her Dutch husband, Jorrit Faassen, who she is reportedly separated from. The two share a child that Putin rarely gets to see. Her net worth is unknown.