Pressure is mounting to strip Putin’s Eva Braun of her Olympic medals, but no one can find her 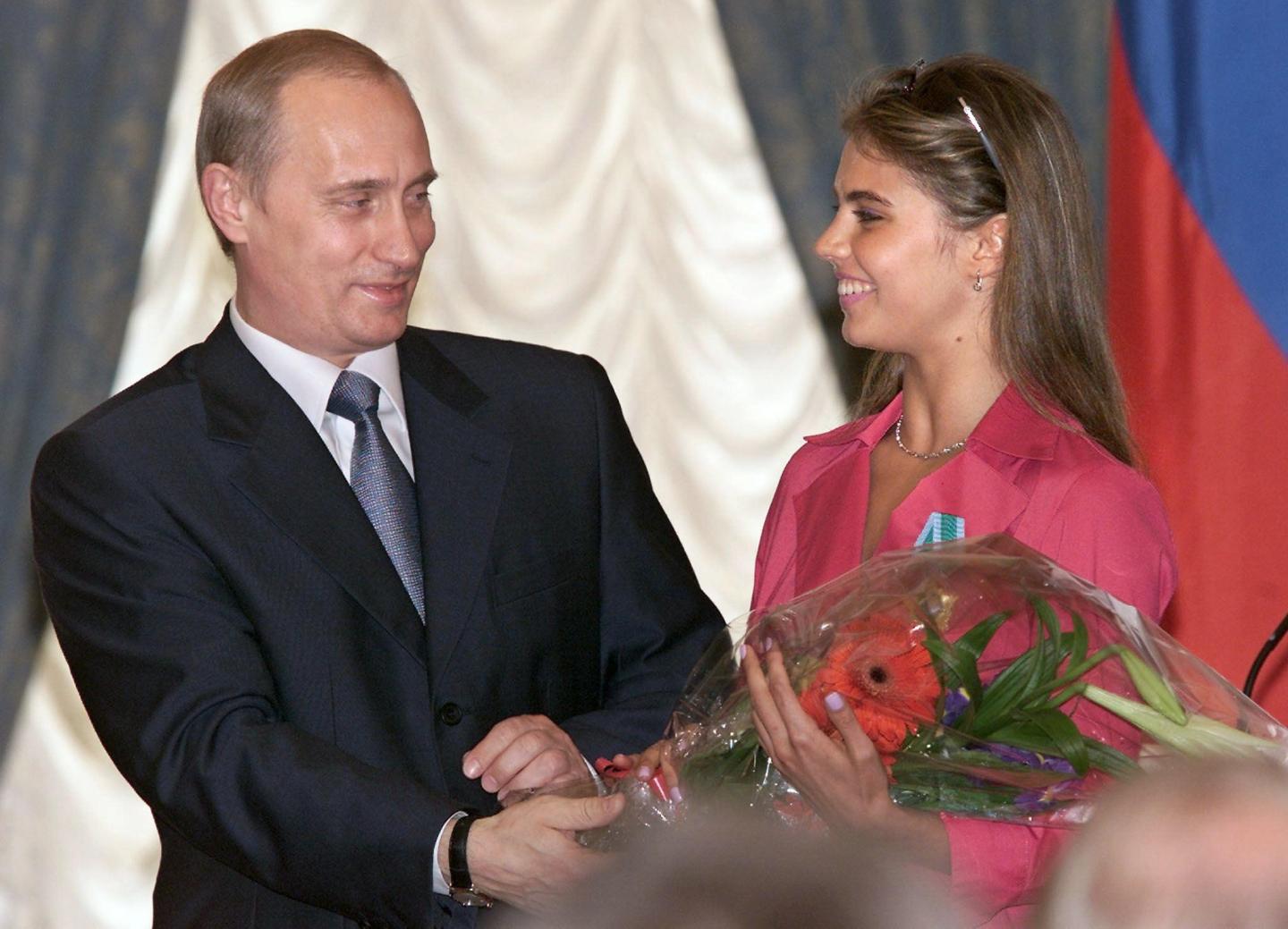 Russian President Vladimir Putin hands flowers to Alina Kabaeva in 2001. She is rumored to be his mistress and the mother of several of his children.
Sergei Chirikov—AFP Via Getty Images

Russian President Vladimir Putin’s alleged mistress and former gymnast Alina Kabaeva is in hiding, and many are calling for her to be stripped of her Olympic medals.

A former Olympic gymnast and gold medalist, Kabaeva, 38, was once named “Russia’s most flexible woman.” She holds 21 European Championship medals, 14 World Championship medals, and 2 Olympic medals. Now she is believed to be Putin’s lover and the mother of his children.

Kabaeva, once seen as one of Russia’s most eligible women, is thought to be hiding in a luxury villa in Switzerland. Across Ukraine, Belarus, and Russia, Putin’s opponents are demanding that she be expelled and asking Swiss authorities to investigate her possible presence in the country.

A petition posted on Change.org says, “It’s time you reunite Eva Braun with her Führer.” So far, the petition has 56,185 signatures, and questions why after so many sanctions have been placed in Russia, Swiss authorities continue to allegedly hold Kabaeva and her family.

Unlike other Russians in Putin’s inner circle, Kabaeva has not been sanctioned. As a member of the board of directors at National Media Group, a pro-Kremlin newspaper and TV giant, she earns around $10.5 million a year, according to leaked tax records.

The petition for her extradition also states that Alina Kabaeva is “a criminal against humanity” because not only is she associated with Putin, but back when she was a member of parliament, she drafted a law that deprived many Russian orphans of being adopted abroad. Furthermore, she “obediently approved any unconstitutional initiative of President Putin, which later became almost genocidal against the internal population of Russia.”

Another petition on Change.org is asking for the alleged mistress to be stripped of all Olympic medals, saying that “she and other supporters of Putin are no less culpable for terrorizing the innocent people of Ukraine.”

While it is widely believed that Kabaeva is in Switzerland, she could also be hiding in a high-tech bunker in Siberia. Earlier this month, a political scientist, Valery Solovey, said, “In fact, it is not a bunker, but a whole underground city, equipped with the latest science and technology.”

The luxury bunker designed for protection in the event of nuclear war is in the Altai Mountains. Observers have pointed out a high-voltage line linked to a 110-kilovolt substation, and ventilation points near the mountain hideout, enough to power and ventilate a small city.

What we know about the alleged relationship

Rumors of the affair started flying as early as 2008 when she was a pro-Kremlin MP.

In 2015, after she birthed twins in Lugano, Switzerland, she disappeared from the public limelight. She stopped attending social events, giving interviews, and participating in TV programs. Before her disappearance, she went on record to say she had met a man she loved very much.

Then, in 2013, Putin announced he was divorcing his wife, Lyudmila, with whom he had two daughters. According to The New Yorker, Putin said the divorce was mutual, but Russians see Kabaeva as the reason for the broken marriage. The pair have been pictured together multiple times, and according to investigations by the Anti-Corruption Foundation, Russian oligarchs have sent money, property, and assets to Kabaeva’s family.

Vladimir Putin and his then wife, Lyudmila, attend a service in Moscow in 2012. They divorced the following year.
Alexei Nikolsky/Ria-Novosti—AFP Via Getty Images

Kabaeva reportedly has four children with Putin, who is nearly three decades her senior. Two of them have never been officially confirmed. According to Page Six, it is believed the four children all hold Swiss passports.

While Switzerland has broken its neutrality and joined the U.K. and EU in freezing Russian assets, the children’s citizenship could complicate moves to take action for Switzerland.

Last year, Kabaeva came back to the limelight after a video of the former Olympic gymnast gleefully dancing at the Divine Grace gymnastics tournament was made public. According to the Daily Mail, the video was taken weeks before Putin invaded Ukraine.

Reportedly, Kabaeva has been seen surrounded by security guards with machine guns while visiting restaurants and cafés, and she has been seen traveling in Maybach limousines.