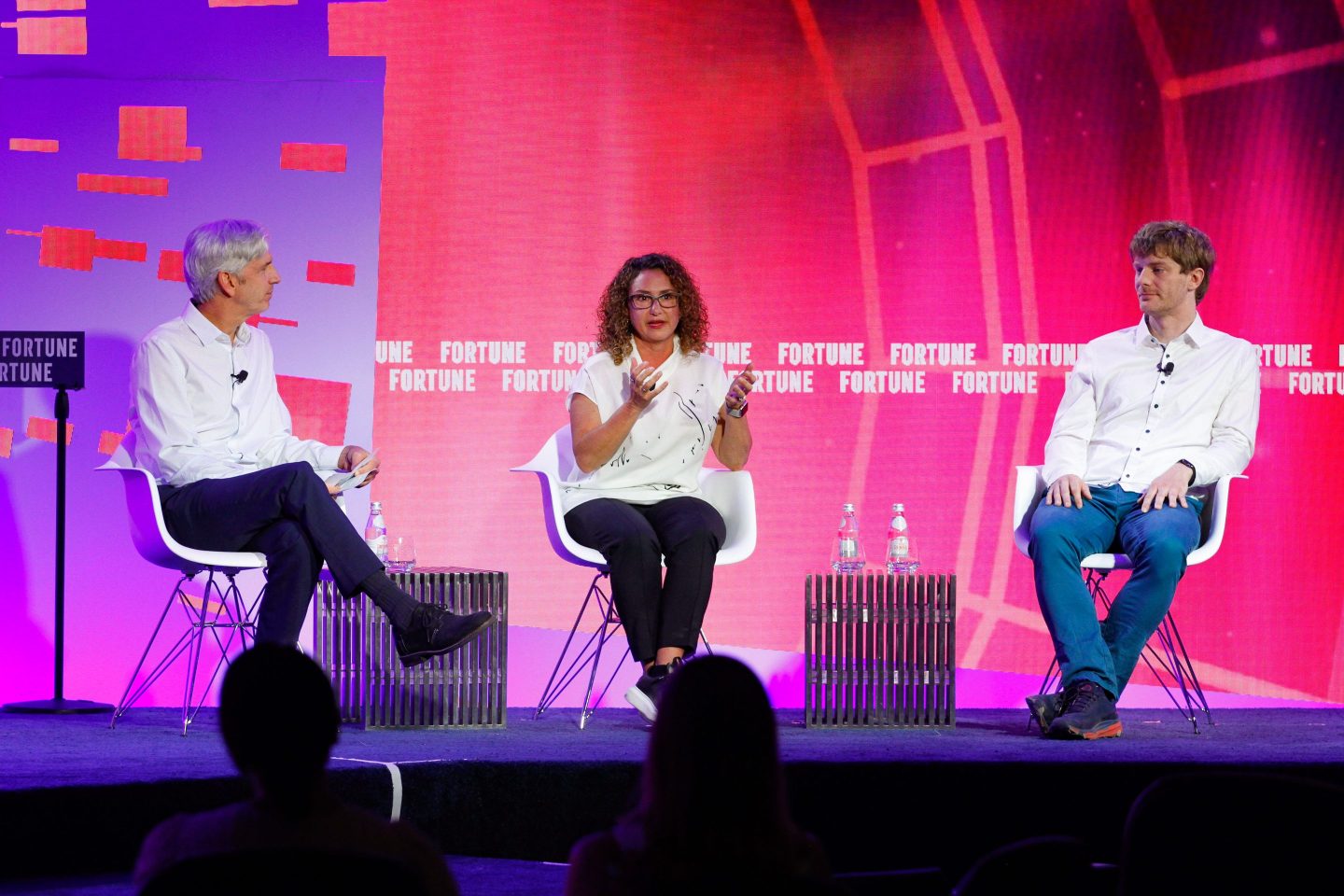 The definition of artificial intelligence is constantly changing, but as it evolves it’s becoming an ever more present part of our lives.

From helping Google improve its search feature to predicting 3D models of protein structures, A.I. is playing an increasing role in technological innovation. At Fortune’s Brainstorm Tech conference this week, experts developing this technology shed some light on just how A.I. is changing the world.

The developments researchers and companies are making in A.I. are something that couldn’t have been imagined just a few years ago, said Richard Socher, the CEO of the search engine You.com, and a developer who has worked extensively with creating A.I. software.

“You see A.I. right now already writing proteins, generating photorealistic images based on a simple description, and so many more things that would have been impossible five to 10 years ago. And I think as we keep doing that,  we will keep pushing that definition of what AGI, or artificial general intelligence might be,” Socher said, referring to the concept of developing an intelligent agent that can understand or learn any intellectual task a human could.

One of the companies working on these new possibilities in A.I. is London-based DeepMind, the artificial intelligence subsidiary of Alphabet, Google’s parent company.

The company, whose ambitious goal is “solving intelligence to advance science and benefit humanity,” according to its chief operating officer, Lila Ibrahim, is working on several boundary-breaking projects.

One of the ways DeepMind is trying to reach its goal of advancing artificial intelligence is with its AlphaFold technology, which can accurately predict and create 3D models of the shapes of proteins, the building blocks of life. In collaboration with researchers, AlphaFold has the potential to help develop new medicines and even unlock the secret of how life itself works, Ibrahim said.

On the consumer side, another company incorporating A.I. into the core of its business is Google.

In the past, whenever a Google user searched for something like “how to change a flat tire,” the search engine would have given you a list of web pages, explained Google senior vice president Prabhakar Raghavan on Tuesday. Later, Google started serving up videos on how to change a flat tire for such a query; and with A.I., Google is now analyzing videos to give even more specific search results.

If someone is given a video for the query of how to change a flat tire, Google’s AI can now tell the user that seven seconds into the video it addresses how to remove the lug nuts and 11 seconds in it talks about raising the jack, Raghavan said.

“Getting that level of deeper understanding is a journey that is still long,” he said.

But with the increasing involvement of A.I. in our lives come questions about ethics. Socher, of You.com, said on Tuesday that A.I. should not become just another way for companies to convince people to click on an advertisement or buy something online.

Ibrahim agreed. To make sure that the A.I. projects DeepMind works on are an overall benefit to society, acknowledging that goal has to be baked into a project from the beginning, said Ibrahim.

“When we start new areas of research, we really think through what are the potential impacts, and from the beginning design in a lot of the parameters around what might the risks be,” she said.