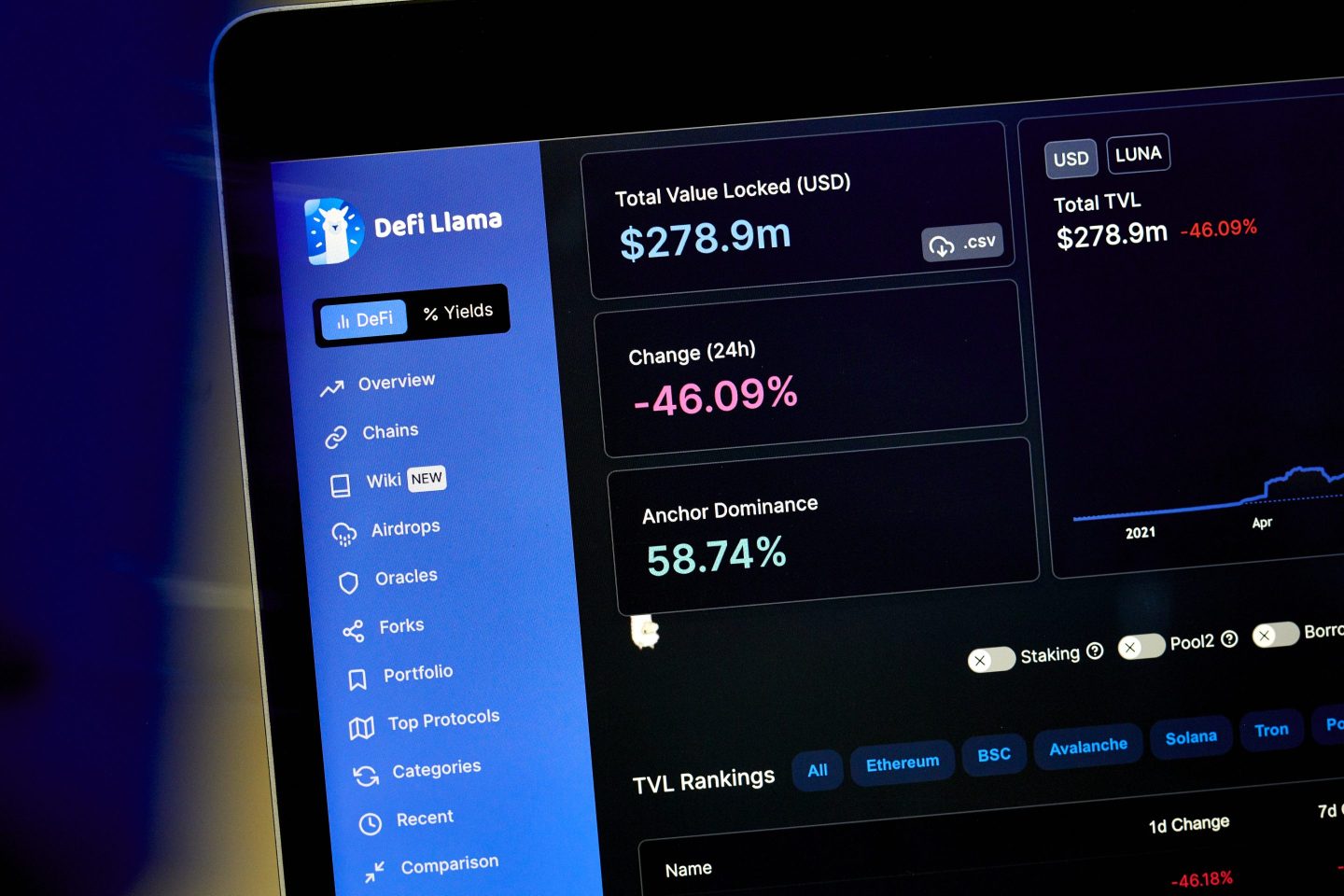 The collapse of the Terra ecosystem, and the tokens Luna and UST, will go down as one of the most painful and devastating chapters in crypto history.
Gabby Jones — Bloomberg via Getty Images

In the corporate whodunit over failed crypto hedge fund Three Arrows Capital, its cofounder came out of hiding briefly to accuse the firm’s bankruptcy administrator of breaching his duties and trying to legally entrap them.

In mid-June 3AC, as it’s known, fell victim to the death spiral of stablecoin TerraUSD and its sibling governance token Luna that obliterated the fund’s $200 million investment into Luna Foundation Guard made in February.

Su Zhu, whose whereabouts are currently unknown, broke his monthlong silence about the affair to post on social media two letters from his legal counsel at Advocatus Law LLP addressed to Russell Crumpler, a Teneo Ltd. accountant tasked with recovering an estimated $3 billion in assets under management—or whatever still remains.

In the letters, lawyer Christopher Anand Daniel wrote his clients were “extremely concerned” that Crumpler forfeited rights to acquire tokens issued by an Israeli blockchain technology firm that counted 3AC as a backer. Failing to exercise them cost the company substantial value, he argued.

“The Liquidators’ conduct on the StarkWare Exercise may constitute a breach of their duties, for which they are answerable to the creditors, investors, and shareholders of the Company,” Daniel wrote in a letter written after a call on July 8.

The lawyer furthermore accused Crumpler of trying to extract information from his clients for use against them in a court proceeding, citing how the administrator’s team inquired about so-called “without prejudice” discussions. This legal term used in settling disputes treats all information as inadmissible in court barring the agreement of all parties.

“It now appears clear why your Singapore solicitors were keen to ask if the discussions were on a ‘without prejudice’ basis. It was to use the discussions in Court filings without notice to our clients.”

Previously it emerged in a court filing from July 8 that Zhu and his cofounder Kyle Davies were nowhere to be found and Crumpler feared the two might attempt to flee without a trace, embezzling assets belonging to the company’s creditors.

When Teneo colleague Christopher Farmer traveled to Singapore to locate the duo and ascertain details about the fund, he found offices that “appeared vacant except for a number of inactive computer screens.”

Unopened mail addressed to 3AC had been pushed under the door or propped up against it, according to Teneo’s account.

A Zoom video conference call had also been arranged after July 6 and was purported to include the cofounders. Neither spoke a word, however; their camera had been switched off and their microphones muted, implying they may not have even attended. Only the Advocatus lawyers answered questions posed by the liquidators, even when the duo were directly addressed.

“Frustrated by this lack of cooperation to date,” Teneo’s lawyers warned a New York bankruptcy court of “an actual and imminent risk” that assets will be embezzled by parties “including, most notably, the Founders or individuals acting at their discretion.”

In the meantime, they attempted to serve a subpoena to Kyle Davies requiring him to appear virtually before the NY court on July 19.

In the letter Zhu posted, his legal counsel attempted to explain his client’s disappearance, citing his clients and their families had received threats of physical violence—plausible due to the harassment of the wife of TerraForm Labs CEO Do Kwon following the implosion of his TerraUSD stablecoin.

“We explained that our clients, and their families, have received threats of physical violence, and have had to field queries from the Monetary Authority of Singapore in the last week or so, which has meant that they have been working under a lot of time pressure,” Daniel wrote.

While the Singapore-based firm could withstand the loss in its Luna Foundation Guard investment, according to cofounder Davies, the unprecedented chain reaction that depressed crypto prices across the board sank the fund.

“The Terra-Luna situation caught us very much off guard,” 3AC’s Davies told the Wall Street Journal last month, when he still saw a path to salvaging the company through divestments and injections of fresh capital.

Toward the end of the month, the company—domiciled in popular tax haven British Virgin Islands (BVI)—was subsequently forced to request in local court its operations be wound up and its assets liquidated.

The BVI court-appointed administrator had sought a Provisional Relief Order in the U.S. to facilitate a cross-border insolvency proceeding that will provide a benefit to stakeholders of the collapsed firm. The first hearing was scheduled for Tuesday in New York with bankruptcy court judge Martin Glenn.