These are the 5 U.S. cities where car payments cost more than rent 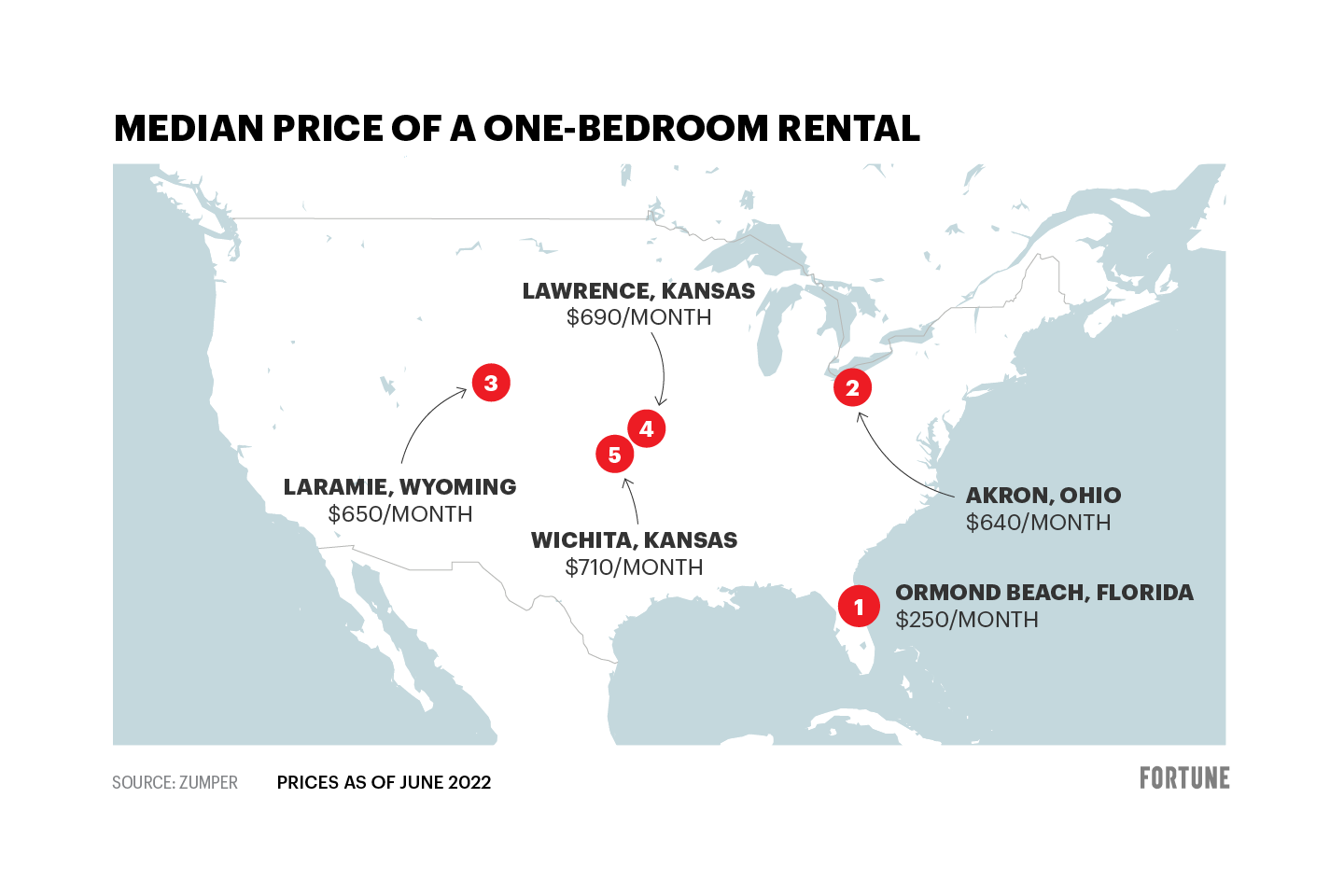 The price of new cars is so high right now that some buyers have seen their monthly car payments start to look more like rent payments, and even eclipse the price of a one-bedroom in some U.S. cities.

The typical monthly payment to finance a new car reached an all-time high of $712 in May, according to a joint estimate from Cox Automotive and Moody’s Analytics.

That record number is because of high vehicle prices and high interest rates, Jonathan Smoke, chief economist at Cox Automotive, told Fortune. Car prices have been impacted by supply chain issues over the past few years, and the chip shortage in particular has been a major headache, as they are used in most modern cars.

“The acute supply shortage that has existed for over a year has contributed to the surge in prices, but prices were trending higher prior to the pandemic as a result of a shift toward larger vehicles like trucks and SUVs and away from smaller sedans,” Smoke said. “Today’s vehicles have much more technology, which is adding to the cost of all vehicles.”

The average transaction price for a new vehicle topped out at more than $48,000 last month, according to Michelle Krebs, executive analyst for Cox Automotive.

“Luxury vehicles have been accounting for an increasingly larger share of all new vehicle sales. That share hit a new record in June, pulling the average transaction price up,” Krebs told Fortune.

But median income in the U.S. has not kept pace, and the typical household would need to spend more than 41 weeks’ pay to afford the average new car in May, up 19% from last year.

Because rent is also up in many cities, most people are still likely to shell out more for a roof over their heads than they are for a new car. But for residents of a few cities in the U.S., car payments could cost more than the monthly rent on a one-bedroom apartment.

After analyzing data for more than 300 cities from rental platform Zumper, and comparing it to the latest Cox Automotive and Moody’s Analytics Vehicle Affordability Index, Fortune found five cities where the typical monthly car payment of $712 exceeded the median rent for a one-bedroom apartment in each of those places in June.

Median price of a one-bedroom for the month of June, according to Zumper:

Residents of small cities and towns are more likely to have fewer public transportation options and rely on driving to get around. So how are renters in these places able to afford their car payments? According to Smoke, they’re not.

“Today’s new-car buyer is very likely to be of higher income,” he said. Households earning more than $90,000 a year purchase the majority of new vehicles, Smoke added, which means they have the financial cushion necessary to keep up with auto payments in today’s market.

“These households have substantial accrued pandemic savings, enjoy high average incomes, and tend to have excellent credit. Their credit profile means they enjoy rates that are lower than the average rate,” Smoke said.

Those high earners are also more likely to be homeowners with fixed mortgages, not renters.

Ordinary consumers might get priced out of the new-car market, but expensive car payments are unlikely to stop anytime soon.

Meanwhile, high gas prices have made more consumers interested in electric vehicles, a “small, yet growing part of the market,” according to Krebs. But most often come with the same price tag as luxury vehicles.

“The shift toward electrification will add to this pressure, as the average EV is priced almost 20% higher than the average price overall,” Smoke said.