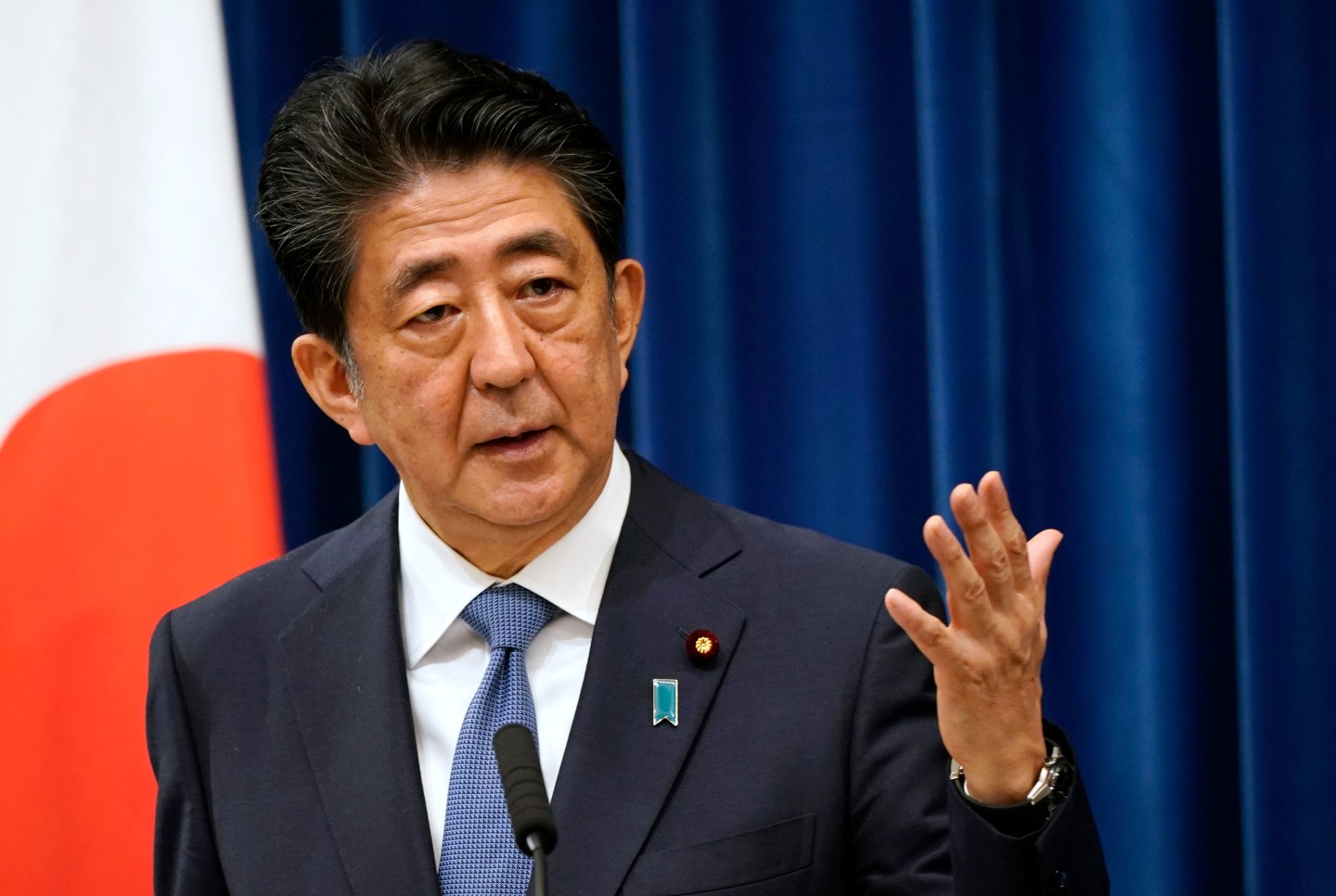 The president of the Japan branch of the Unification Church confirmed Monday that the mother of the man charged with gunning down former Japanese prime minister Shinzo Abe is a member of the religious group, raising new questions about a possible motive for the alleged assassin.

Videos of the murder appear to show Tetsuya Yamagami, an unemployed 41-year-old, push through the crowd at a political rally outside a Nara train station Friday and fire two shots at Abe using a home-made firearm. Abe collapsed after the second shot. Doctors later said Abe had been struck in the neck and the chest. The politician, Japan’s longest-serving prime minister, was rushed to a hospital by helicopter but pronounced dead after several hours of blood transfusions.

Yamagami was apprehended moments after Abe fell. Police said Yamagami, a Nara resident, admitted to killing the Japanese leader, and told authorities he had done so because he harbored a grudge against what police described as a “certain organization.” According to a report in the Mainichi Shimbun, a Japanese news outlet, Yamagami told police he blamed the group for bankrupting his mother, and “targeted Abe out of resentment” because he believed Abe had helped to promote the group.

In the three days since Abe’s murder, the police have declined to disclose the identity of that organization and, until Monday, Japan’s most respected news providers—including public broadcaster NHK, the Kyodo News Service, and the country’s four largest newspapers—had dutifully refrained from speculating beyond the official police line.

That restraint is in keeping with the insular traditions of Japan’s press club system in which reporters for the largest news companies regularly trade access to politicians, bureaucrats, and executives for editorial independence.

But Abe’s assassination has stunned residents of a country where gun violence is almost unheard of. The dearth of information in Japan’s mainstream press has fueled a frenzy of rumors and conspiracy theories on social media and in smaller news outlets.

On Monday, Tomohiro Tanaka, the president of the Japan branch of the Unification Church, formally known as the Family Federation for World Peace and Unification, acknowledged during a live-streamed briefing in Tokyo that the alleged shooter’s mother was a member of the church.

Tanaka said Yamagami’s mother joined the church in 1998, and went bankrupt around 2002. From 2009 to 2017, she had not been involved with the group, according to Tanaka. But she returned to the fold several years ago and, for the past six months, has been attending meetings of the organization at a frequency of once a month. Tanaka denied that the church had forced the woman to make donations and declined comment about the extent of her contributions, citing the ongoing investigation.

A press statement issued in New York Saturday by the Unification Church expressed “shock and grief over the assassination” of the former prime minister, adding: “Guns have no place in our religious belief or practices.”

Police say Yamagami denied having a political motive in killing the former prime minister. But Abe’s family and colleagues in the ruling Liberal Democratic Party he led have long cultivated connections with the group.

The Unification Church was founded in South Korea in 1954 by Sun Myung Moon, a disaffected Presbyterian who believed himself to be the second-coming of Jesus Chris and harbored a profound hatred of communism. Drawing on the hardships of his early life, including three years of imprisonment in a Communist labor camp in North Korea, Moon fashioned a unique theology combining elements of Christianity, Buddhism, Confucianism and shamanism that attracted tens of thousands of followers in Korea and beyond.

The Unification Church gained notoriety in the U.S. for staging mass weddings marrying thousands of couples at time and has been decried by former members as a cult. The group claims more than 10 million members worldwide, though scholars who have studied the group say that number is wildly inflated. The group has built a sprawling multi-billion dollar corporate empire that includes hundreds of ventures including the Washington Times, United Press International, the New Yorker Hotel in Manhattan, hospitals, a ballet troupe and, pending the result of a long-running legal battle, America’s largest sushi distributor.

Moon, who died in 2012, was a fluent Japanese speaker and had tremendous early success in recruiting followers in Japan. From the late 1960s, he cultivated close relations with Japan’s conservative political leaders. Church spokesperson Ahn Ho-yeul told the Associated Press the church has 300,00 members in Japan.

Abe’s maternal grandfather, Nobusuke Kishi, who served as prime minister from 1957 to 1960 and died in 1987, reportedly helped establish a political group linked to the Unification Church in Japan. In his book Machiavelli’s Children: Leaders and Their Legacies in Italy and Japan, Japan scholar Richard J. Samuels claims that the Unification Church’s Tokyo headquarters was built on land once owned by Kishi, and that Abe’s father, former Japanese foreign minister Shintaro Abe, depended on support from members of the Unification Church in his election campaigns.

The younger Abe delivered a congratulatory message via video link at an event hosted by an organization affiliated with the Unification Church last September. Donald Trump also addressed the group.

Tanaka said Abe had been involved with a “friendship group” affiliated with the church, but was never a member or adviser to the church itself. “This is my speculation but I think [Yamagami] didn’t distinguish between our group and the friendship group,” Tanaka said at the Tokyo press conference. Yamagami “thought that because the founders were the same, everything looked the same.”

Police in Nara said they found explosives and other homemade guns when they searched Yamagami’s home on Friday. On Monday, police said they found bullet holes at a facility run by the Unification Church, and that Yamagami told them he had fired practice rounds at the facility the day before he shot Abe.

Tanaka stressed that Yamagami was not a member of the Unification Church. On Saturday, the U.S.-based Sanctuary Church, a rival religious organization that broke away from the Unification Church in 2015 and is led by Moon’s oldest living son Hyung Jin “Sean” Moon, issued a statement on its Japanese website also disavowing ties to Yamagami. The Sanctuary Church, whose formal name is World Peace and Unification Sanctuary, professed shock and grief for Abe’s death and denied Japanese media reports that Yamagami was affiliated with Sanctuary.