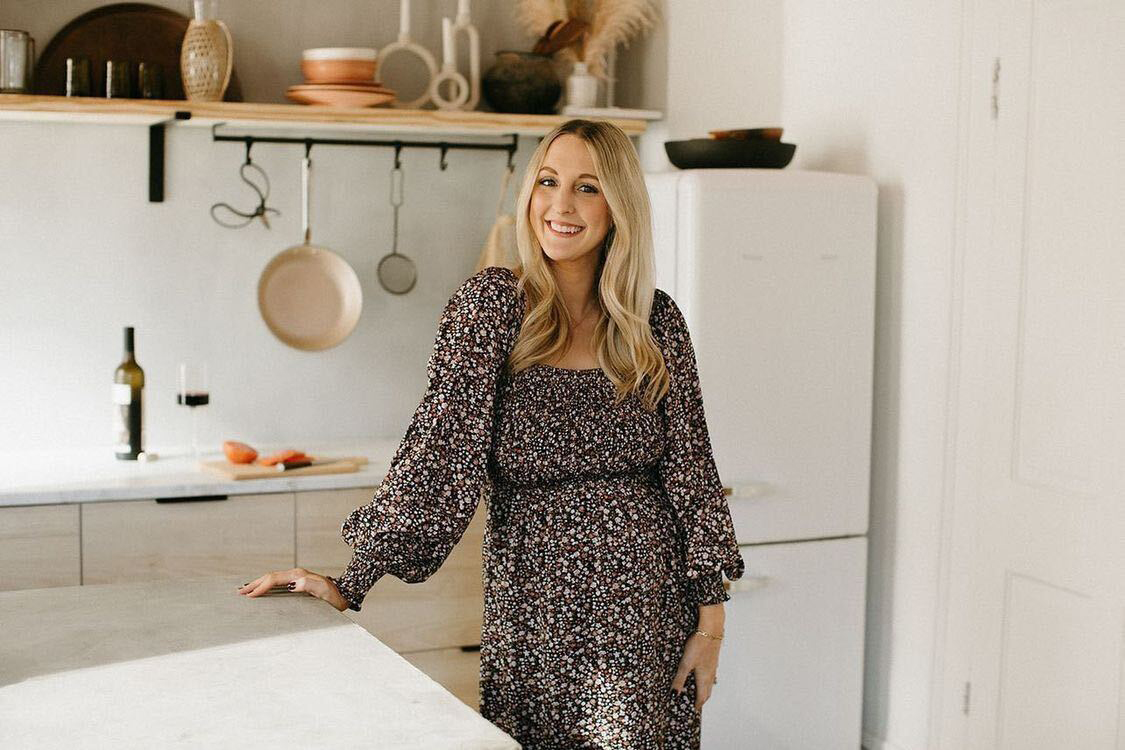 Olivia Ivey-Davis, a micro-influencer in Austin, Tex., says her Amazon partnership is responsible for three quarters of her income.
Courtesy of Brooke Taelor

Olivia Ivey-Davis has been burning the midnight oil this month, and not just because she has a newborn. The Austin-based wellness and lifestyle influencer has spent dozens of hours combing through merchandise listings and designing graphics for her Instagram, Skinny Hangover, in preparation for Amazon Prime Day on July 12th and 13th.

Tonight will mark her fourth consecutive year pulling a Prime Day all-nighter. “It helps me feel ahead of the game,” she says.

With a mug of coffee and the T.V. on in the background, she’ll settle into her home office around 11:50 p.m. and wait. At midnight, she’ll jolt into lightning mode, eyes darting from category to category—home goods, tech, fashion, beauty—through every page of listings. When she spots a great deal, she’ll copy the link and add it to her Amazon storefront. She will do this hundreds of times.

Around 3 a.m., she’ll pivot to preparing social media content, with affiliate links ready to go, for the 20 or 30 items she expects to be top sellers, so she can begin posting by 6 a.m. when her audience wakes up. As the sun rises, she’ll begin answering the avalanche of questions coming in via Instagram DM from her followers, whom she defines as the 20- or 30-something women who want to live healthily but rarely have the time, energy, or budget to do so.

“I’m trying to be a little more organized this year,” Ivey-Davis, 29, tells Fortune. “The past few years have been chaotic because I’ve had a corporate full-time job and that’s had to come first.”

It still seems like chaos, but Ivey-Davis, who’s finishing up maternity leave from her job at an advertising agency, has a sizable leg up: Her membership with Amazon’s lucrative and exclusive Influencer Program, the e-commerce giant’s crown jewel for affiliates. Commissions for Amazon Influencer program members range from 1% up to 10%, Insider reported in 2019.

Ivey-Davis says she was rejected several times before finally being accepted in 2019, when the then little-known program took off. While she declined to share specific figures, Ivey-Davis says Amazon commissions comprised about 75% of her total influencing business in 2021—even bigger than Cyber Monday. The remainder comes from one-off partnerships, in which companies pay for custom ad space on her Instagram feed. She’ll only post around one ad per week, she says, to maintain brand integrity. “But Amazon, I talk about every day.”

Ivey-Davis shared with Fortune how she prepares for her busiest season.

Since launching Skinny Hangover in 2018, Ivey-Davis has amassed over 43,000 followers, and is considered a micro-influencer—someone with a large but niche following. Micro-influencers have become more popular among brands in recent years, thanks to the authenticity and trust they hold with their target audience.

Around the time Amazon accepted Ivey-Davis into its influencer program in 2019, it was making a push to use micro-influencers to leverage traffic to Amazon storefronts, which are customized pages on Amazon’s site where influencers can log thousands of hand-picked products. At the time, Ivey-Davis says she only had 10,000 Instagram followers.

She opened a storefront, where she at first shared all the products she used day-to-day and earned around $100 a month. Since then, she’s taken to specifically curating Amazon clothes and home products, like handheld vacuums, off-white linens, and wine glasses, that her target audience doesn’t have the time to track down themselves—and her monthly profits have grown about sixty-fold.

“I’m all about finding the more affordable version of the high-end thing,” Ivey-Davis says. “My followers are just like me; they work, and they want to find something that looks nice for $30 instead of $400.”

She keeps a watchful eye on her audience’s likes and interests all year round to prepare her Prime Day strategy. For the past three weeks, she’s been consulting last year’s top performers to predict the best deals her followers will care about most.

She reviews the items she anticipates will be going on sale, copies the links to any and all items she thinks her audience would buy, and manually adds them to the categorized lists in her storefront. She makes new categories specifically for the occasion, such as “Prime Day Beauty Deals” and “Prime Day Fashion Deals.”

Next, she turns to Instagram, where she creates graphics for round-ups of some of her favorite sale items—and adds those to her storefront, too. She’ll also film, edit, and post videos of herself wearing or using any popular sale items to her Instagram, TikTok, and Amazon storefront.

“There’s so much on sale, and I pride myself on only sharing things I’d genuinely purchase—or have purchased and recommend,” she says. “They also have to be within my style and taste, which my audience seems to resonate with. It’s a lot of work, but it’s worth it.”

The most lucrative month of the year

The Influencer Program changed Ivey-Davis’ life, she says. “It’s how my husband and I were able to purchase our first home and how I’m able to go part-time at my corporate job after maternity leave.”

Amazon provides commissions not just for specific items a person sells, but also any other items in a purchaser’s cart.

“If I link a shirt, and you add it to your cart, but you already had five other things in your cart that I never talked about or shared, I still get commission on all six things, because you completed your purchase because of me,” Ivey-Davis explains.

The program also boasts several sub-communities, including fashion, beauty, and home programs, that each provide monthly gift cards after sellers hit a certain sales goal. “Essentially, I get a gift card to purchase things I can turn around and sell the next month,” Ivey-Davis says. “And then [Amazon] provides incentives to support things like Prime Day or Cyber Monday and dole out bonuses based on where you fall.”

Based on last year’s numbers, Ivey-Davis has a ballpark figure in mind for what she expects to earn during this year’s Prime Day. She declined to give numbers, but says she has no doubt Tuesday and Wednesday will be her two most lucrative days of the year. Prime Day month consistently means double the profits of any other month, she says.

Beyond her capacity as a seller, Ivey-Davis remains a loyal Amazon customer, and she’s not skipping any deals herself. She’s personally keeping her eyes peeled for a power washer for her new home, as well as a stroller for taking jogs with her four-month-old son. But if she can’t find any winning items on sale, she’ll wait for Cyber Monday. The thousands of hours she’s spent on Amazon means she no longer feels a sense of urgency; there will always be another good deal.