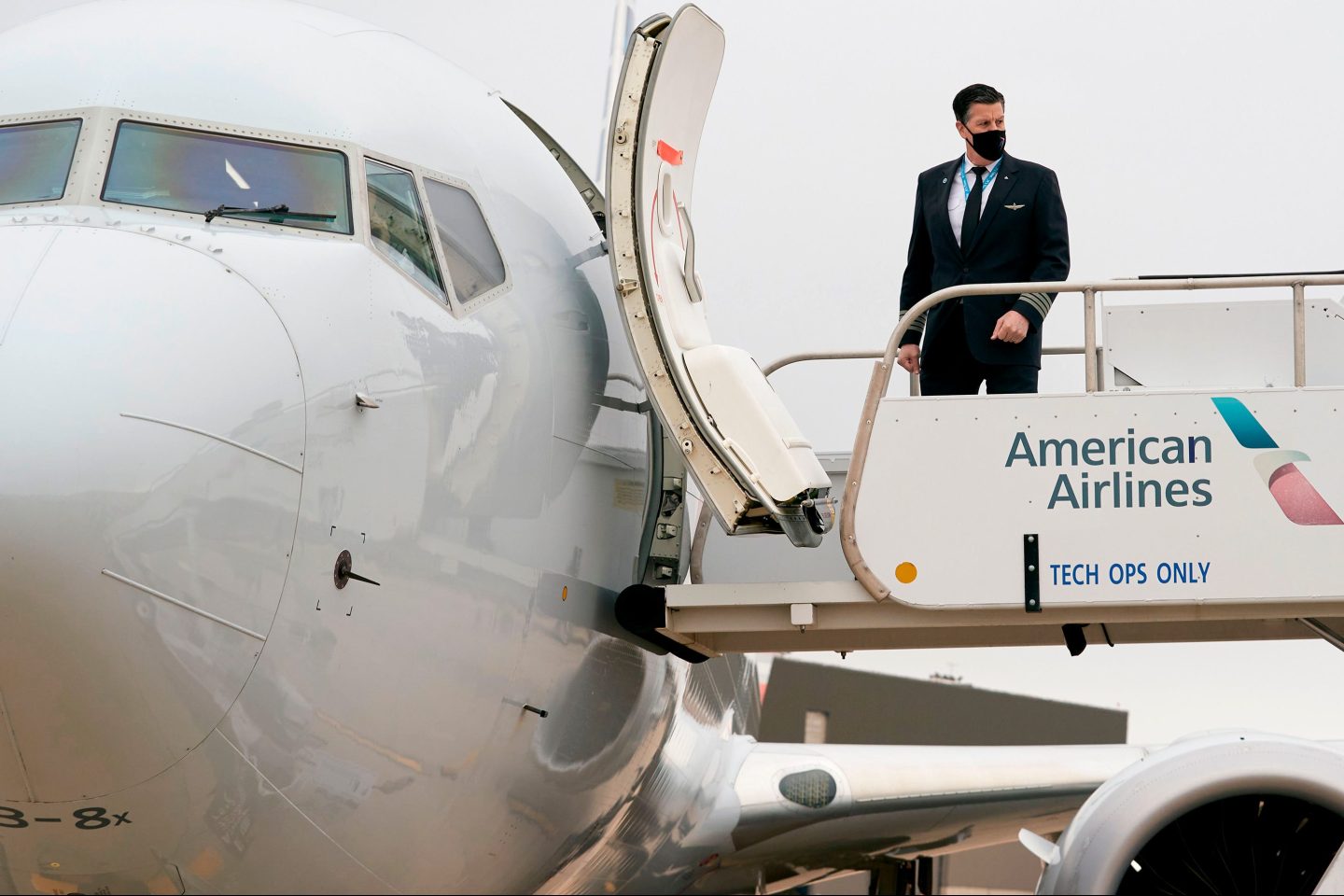 American Airlines will pay pilots triple their usual compensation to fly thousands of flights that were dropped from their schedules in a computer error.
Cooper Neill—AFP/Getty Images

American Airlines will pay pilots triple their usual wages to fly thousands of flights that got dropped from their schedules in a computer error.

The Allied Pilots Association union said this week that its board had reached an agreement with the airline, settling on the extra threefold compensation after a glitch mistakenly approved pilots’ requests to drop thousands of upcoming trips. The scheduling error took effect overnight on July 2 during the busy Independence Day travel weekend, but did not apply to flights before July 5, union spokesperson Capt. Dennis Tajer told Fortune.

Within hours, American Airlines added most of the flights back to the pilots’ schedules, which APA considered a violation of their contract. Still, the airline told the Wall Street Journal over the weekend that it didn’t expect the glitch to impact its operations or future flight plans.

If pilots had not accepted the assignments that were added back, more than 12,075 flights scheduled this month would have lacked a captain, first officer, or both, according to the union. Tajer called the possibility of unstaffed flights on top of existing cancellations a “nightmare within a nightmare.”

“We were already not running a very reliable operation because they sold more tickets than they can properly fulfill, even without weather,” he said. “This one would have just set off a flurry of fireworks that would have lit up the sky for all of July had they not been addressed.”

Initially, union president Capt. Ed Sicher left it up to the pilots to decide whether to take back the previously dropped flights, telling them “pilots are under no obligation to fly any sequence that was added to their schedules by management” on Tuesday.

The looming staffing crisis was enough of a threat that American Airlines CEO Robert Isom spent his holiday in negotiations over the phone with APA’s leadership, coming to a resolution that Tajer said “injected a good dose of cautious optimism” in the union.

American Airlines did not immediately respond to a request for comment from Fortune.

In 2017 around the Christmas holiday, a similar error in American Airlines’ scheduling system left ​​about 15,000 flights without a pilot until the airline offered pilots 150% their typical pay to take up assignments.

With the agreement for triple pay in place Wednesday, the union changed its tune and encouraged pilots to accept new flights added back to their schedules.

“At this juncture, we need to remain focused on doing our jobs. APA steadfastly maintains that management had no right to add trips to pilots’ schedules,” Sicher told pilots in a letter. “That noted, with a deal now in place, pilots who had trips placed on their schedules as a result of the snafu should fly those trips.”

Tajer told Fortune that as of Thursday, those trips are all back on pilots’ schedules. He feels “relief that we’re not going to have an epic meltdown” but said more changes are needed to address the ongoing flight disruptions.

“The exhale should only be halfway, because now we’re back to where we were before this happened,” he said. “We went from every room in the house blazing back to small fires in the kitchen, and the kitchen fires are not that small.”

Airlines are scrambling to meet demand for summer travel as the number of passengers looking to fly approaches near pre-pandemic levels. A severe nationwide pilot shortage from pandemic staff cuts has caused thousands of cancellations and delays, especially around holidays. During the four-day July Fourth weekend, airlines canceled 1,435 flights, according to FlightAware’s tracker, while roughly one in five flights faced disruptions.

Also included in the agreement was a provision that pilots now will get double their normal pay during peak holiday periods like Christmas, Thanksgiving, and New Year’s. Tajer expects future negotiations around other holidays, like the Fourth of July.