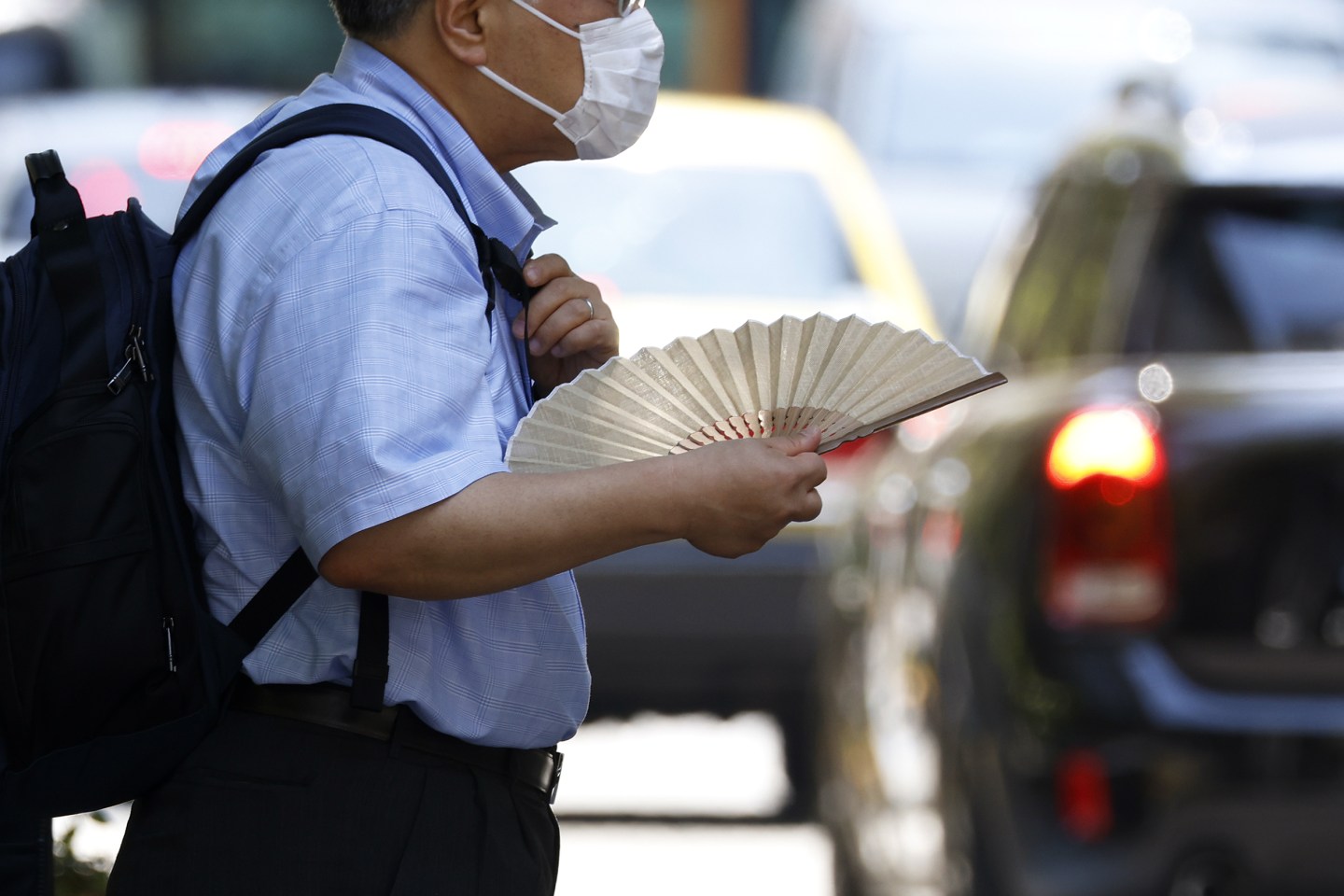 June is usually Japan’s rainy season, but instead of rain, the country has endured a scorching heat wave, with Tokyo last week recording its longest June streak of 95-degree Fahrenheit days since 1875.

The blistering heat has caused a spike in energy demand, as people crank up their air conditioners to stay cool and avoid heatstroke. But national energy supplies are already hazardously low, drained by the rising cost of fuel imports and Japan’s weakening currency, the yen.

To avoid blackouts, Japan’s government last week declared a three-month energy saving period for the first time in seven years and asked citizens to conserve energy by switching off unnecessary lights and setting AC units to a balmy 82 degrees Fahrenheit.

“Most of the lights in my office are off,” Yuriko Koike, the governor of Tokyo, told a news conference on Friday. “It’s dark.”

The government has also advised citizens to switch off their heated toilet seats—a staple in Japanese homes—until winter and to save household electricity by watching TV together rather than on separate devices.

Swaths of the country are teetering on the edge of more substantial blackouts. To avoid the risk of uncontrolled power cuts, utility operators need to maintain an electricity reserve rate—the amount of excess supply capacity that can be used to meet demand spikes—of 3%. The Ministry of Economy, Trade, and Industry projects that reserve rate will dwindle to 3.1% for three major metropolitan areas in July.

Japan’s economy is still heavily dependent on fossil fuels. Renewable energy contributes 18% of Japan’s electricity supply, while nuclear energy provides just 4%, having dropped steeply after the Fukushima tsunami in 2011. Faced with the risk of rolling blackouts this summer, Japan is reopening mothballed gas power plants to pump up electricity capacity, although sourcing the gas to fuel those plants will remain a struggle.

Japan imports 90% of its energy needs. The war in Ukraine, coupled with a weakening yen, has sent energy costs surging for the island nation. The cost of Brent crude has risen roughly 40% in U.S. dollar terms since Russia invaded Ukraine in February, but the Japanese yen has slid to a 24-year low against the dollar, meaning the real cost of oil has increased 70% for Japan.

The government has asked businesses and property managers to ration energy, too, advising companies to curtail elevator usage, reduce unnecessary printing, and huddle staff together to minimize energy costs across space.

Mori Building, one of Japan’s premier real estate firms, told the Straits Times it will cut interior lighting by 70% to reduce energy consumption and will shave 30% off energy usage for exterior lighting on flagship projects. Beverage maker Suntory Holdings likewise said it would switch off office lights during lunch hours and set corporate air conditioning to 82 degrees. Seven & i Holdings has instructed 7-Eleven stores around Tokyo to dim signboards and turn off ventilation fans in the kitchen when not in use (a good policy anytime of year).

Meanwhile, auto parts manufacturer Yorozu Corp. said last week it will shut manufacturing plants for at least two days per month from July to September to save on energy.