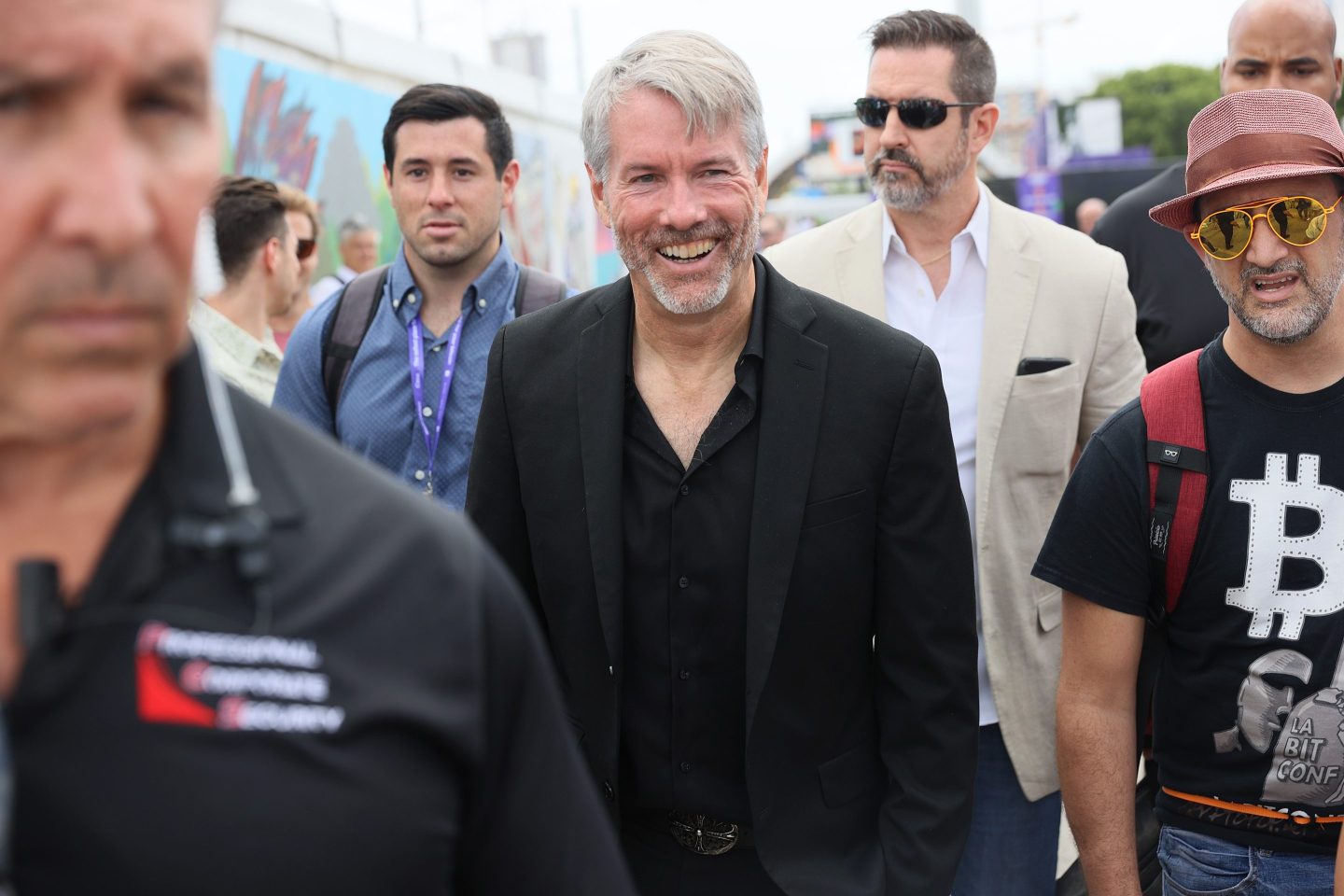 When MicroStrategy Inc. began buying Bitcoin in bulk in the summer of 2020, CEO Michael Saylor said it was because inflation would make cash worthless. The crypto pile he has since accumulated was worth $3.4 billion less at the end of the second quarter than the previous one.

Technically, the decline is yet another paper loss for the enterprise software maker under U.S. accounting rules until any of the Bitcoin is sold, but there are consequences. MicroStrategy will likely need to take a substantial impairment charge when it reports second-quarter results. And for shareholders, the stock tumbled 66% in the quarter ended Thursday, outpacing Bitcoin’s 59% decline.

Saylor has downplayed any concerns, sticking to the strategy and adding to his stockpile last quarter as Bitcoin experienced its biggest price drop in more than a decade. MicroStrategy noted at the end of June that it would report results as normal later in the coming quarter even though Wall Street regulators typically require companies to flag big losses much earlier.

MicroStrategy’s Bitcoin stash was worth about $5.9 billion at the end of the first quarter, which means that with Bitcoin finishing around $18,900 on June 30, that same pile—including some small purchases announced at the end of June—was worth about $2.45 billion, or 58% less than just three months ago.

“To reiterate our strategy, we seek to acquire and hold Bitcoin and long-term,” said Phong Le, MicroStrategy’s president and CFO, on a May 3 conference call. “We view our Bitcoin holdings as long-term holdings and we do not currently plan to engage in sales of Bitcoin.”

Shirish Jajodia, senior director of treasury and investor relations at MicroStrategy, responded to a request for comment by saying that the company has no plans to sell its Bitcoin, and that shareholders support its strategy. MicroStrategy is insulated from near-term swings because of its “robust capital structure,” Jajodia added.

At the height of the crypto market collapse, MicroStrategy bought another 480 Bitcoin worth about $10 million between May 3 and June 28, for about $20,817 each, according to a filing with the US Securities and Exchange Commission Wednesday.

The Tysons Corner, Virginia-based business holds approximately 129,699 Bitcoin bought at an average price of about $30,665 each, making the aggregate purchase price about $3.98 billion, according to a Form 8-K filed Wednesday.

While a few crypto-centric companies have also added Bitcoin to their balance sheets, the beating that the digital asset and other coins are taking in the current bear market is likely to make any potential entrants think twice before diving in.

Still, some advocates of digital assets appear to remain unconcerned about the recent price plunge over the long term as well as Saylor’s strategy.

“If you look at our price target on MicroStrategy, it’s based on the price of Bitcoin reaching $95,000 by the end of 2024,” said Mark Palmer, head of digital assets research at BTIG, who has a buy rating on MicroStrategy, with a target price of $950. “Quite frankly, an awful lot can happen between now and 2024.”

“There will only be 21 million Bitcoins that are ever mined, because there is a deterministic supply of Bitcoins,” Palmer said. “What that means is the price of Bitcoin is going to be driven by demand as opposed to supply-demand balance.”