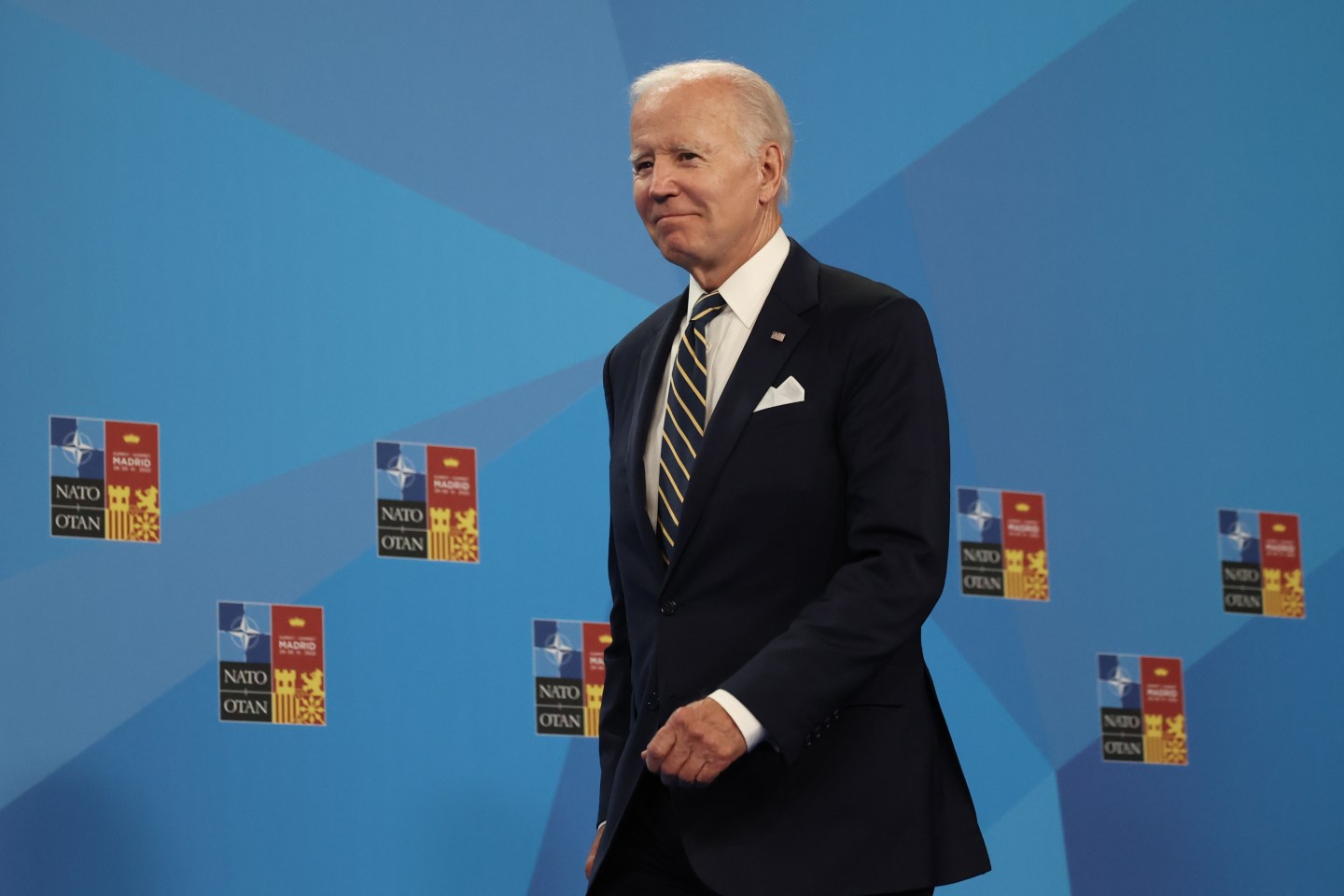 President Joe Biden arrives for the press conference on the final day of the NATO Summit in Madrid on June 30.
Jakub Porzycki—NurPhoto via Getty Images

Did he check with Americans before saying that?

A reporter at a NATO summit press conference in Madrid asked Biden how long it’s fair “to expect American drivers and drivers around the world to pay that premium for this war,” referencing Ukraine.

“As long as it takes, so Russia cannot, in fact, defeat Ukraine and move beyond Ukraine,” Biden said.

National average gas prices have topped $5 a gallon this month—a new record, despite Biden’s historically large release of national reserves earlier this year. Biden has called on Congress to suspend the federal gas tax for three months to help alleviate the economic burden to consumers, but has encountered resistance from his own party.

When you check in with them, Americans don’t seem to be on board.

The majority of the country—60% of Americans—disapprove of Biden’s leadership, according to a new Associated Press-NORC Center for Public Affairs Research poll, the results of which were released Wednesday.

When it comes to his handling of the economy, the results are worse, with nearly 70% disapproving, including 43% of Democrats.

Nearly 80% of Americans call the country’s economic conditions poor, including 67% of Democrats, according to the poll. Biden recently told the Associated Press he realizes he’s getting blamed, with an increase in gas prices correlating with his decline in popularity.

The AP asked Biden who is really responsible.

“If it’s my fault, why is it the case in every other major industrial country in the world that inflation is higher? You ask yourself that?” he said. “I’m not being a wise guy.”

The sanctions Biden ordered against Russia have disrupted food and energy markets around the world. Such decisions were necessary and made as the commander-in-chief, not a political candidate, he told the AP.

“I’m the president of the United States,” he said. “It’s not about my political survival. It’s about what’s best for the country… What happens if the strongest power, NATO, the organizational structure we put together, walk[s] away from Russian aggression?”