Taco Bell embraces mash-up weirdness once again, rolling out a tostada on a giant Cheez-It 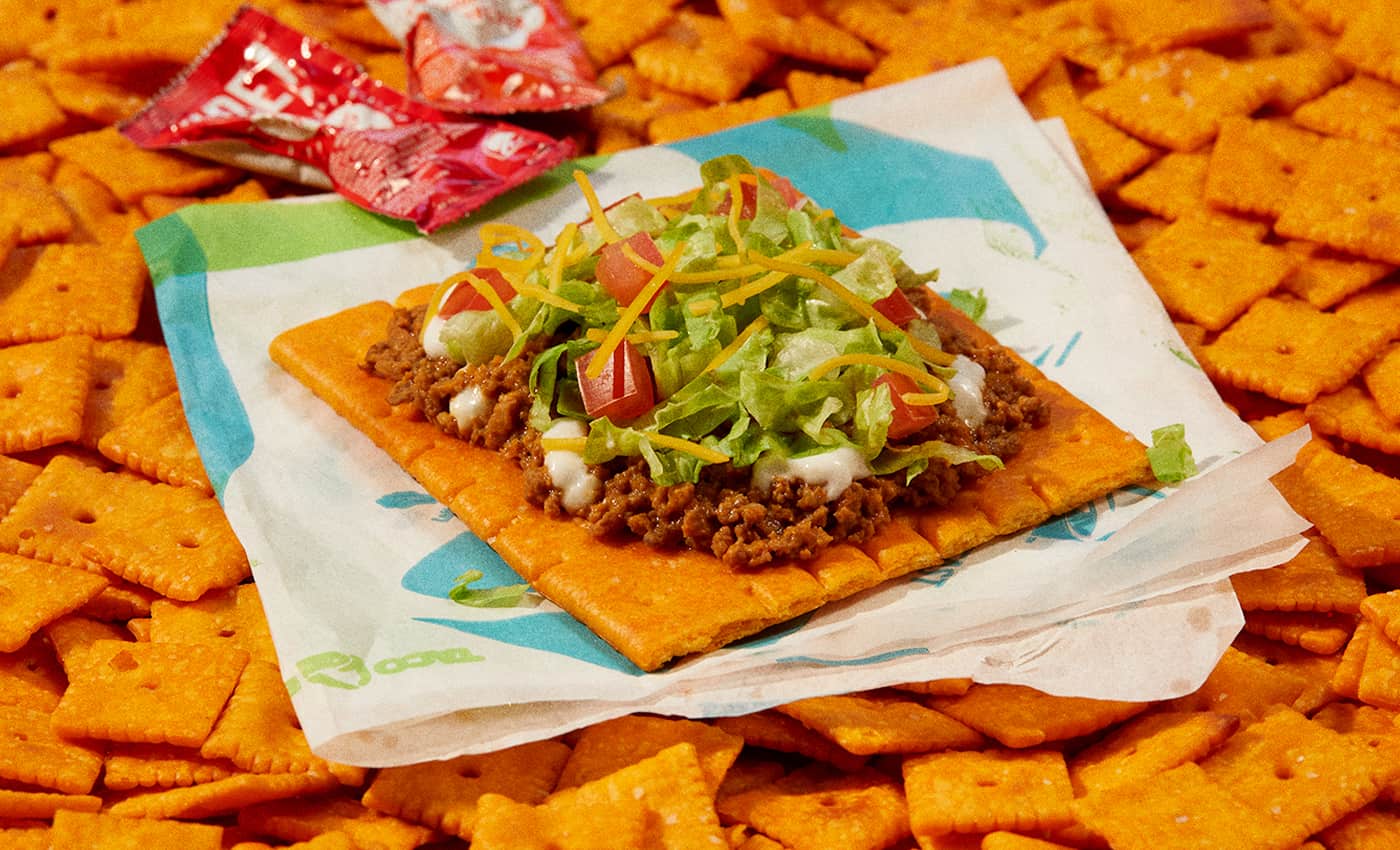 Taco Bell, which has never hesitated to zig when other fast food companies are zagging, is at it again.

The Mexican fast-food chain has teamed up with Cheez-It crackers to test the Big Cheez-It Tostada, an oversized Cheez-It cracker (16 times as large as the ones you get in the box) covered with seasoned beef, cheese, diced tomatoes, lettuce and reduced-fat sour cream. So, you know, it’s almost a diet food.

Customers who order from the digital menu will also have the option of ordering a Big Cheez-It Crunchwrap Supreme, which is the same combo of a gigantic Cheez-It, with beef, tomatoes, lettuce, reduced-fat sour cream and nacho cheese sauce, but also wrapped inside a tortilla and grilled.

As some of its other culinary experiments have been, the Cheez-It partnership has all the hallmarks of a social media hit. And people along the West Coast are already planning road trips to the one store that’s selling it: A Taco Bell in Irvine, Calif.

Will it become as successful as the company’s Dorito’s taco shell? Only time will tell.

What is certain, though, is that Taco Bell knows how to turn heads. The company has a long history of unusual promotions and partnerships that have captured people’s imagination, some of which are recurring, like the Nacho Fries, which have found a particularly loyal cult audience.

Many Taco Bell experiments are one-offs. In 2016, it convinced customers to pre-order a mystery menu item without announcing what it was (it turned out to be the Quesalupa, a chalupa that had the shell stuffed with melted pepper jack cheese). The next year, it teamed with Kit Kat to put the candy bar in a quesadilla, and in 2018, seemingly bored with regular tortilla chips, it rolled out a line of chips infused with the flavor of its hot sauces to grocery stores.

Right before the pandemic, the company launched The Bell, a pop-up hotel and resort which included branded bathrobes, toiletries, blankets, notepads, pillows, and a no-charge minibar stocked with Mountain Dew and and tortilla chips. Then last year, it entered the chicken sandwich wars.