Powell’s path to 2% inflation needs luck or, failing that, pain: ‘We can’t afford to be fooled again on this, or else it’s going to get beyond us’ 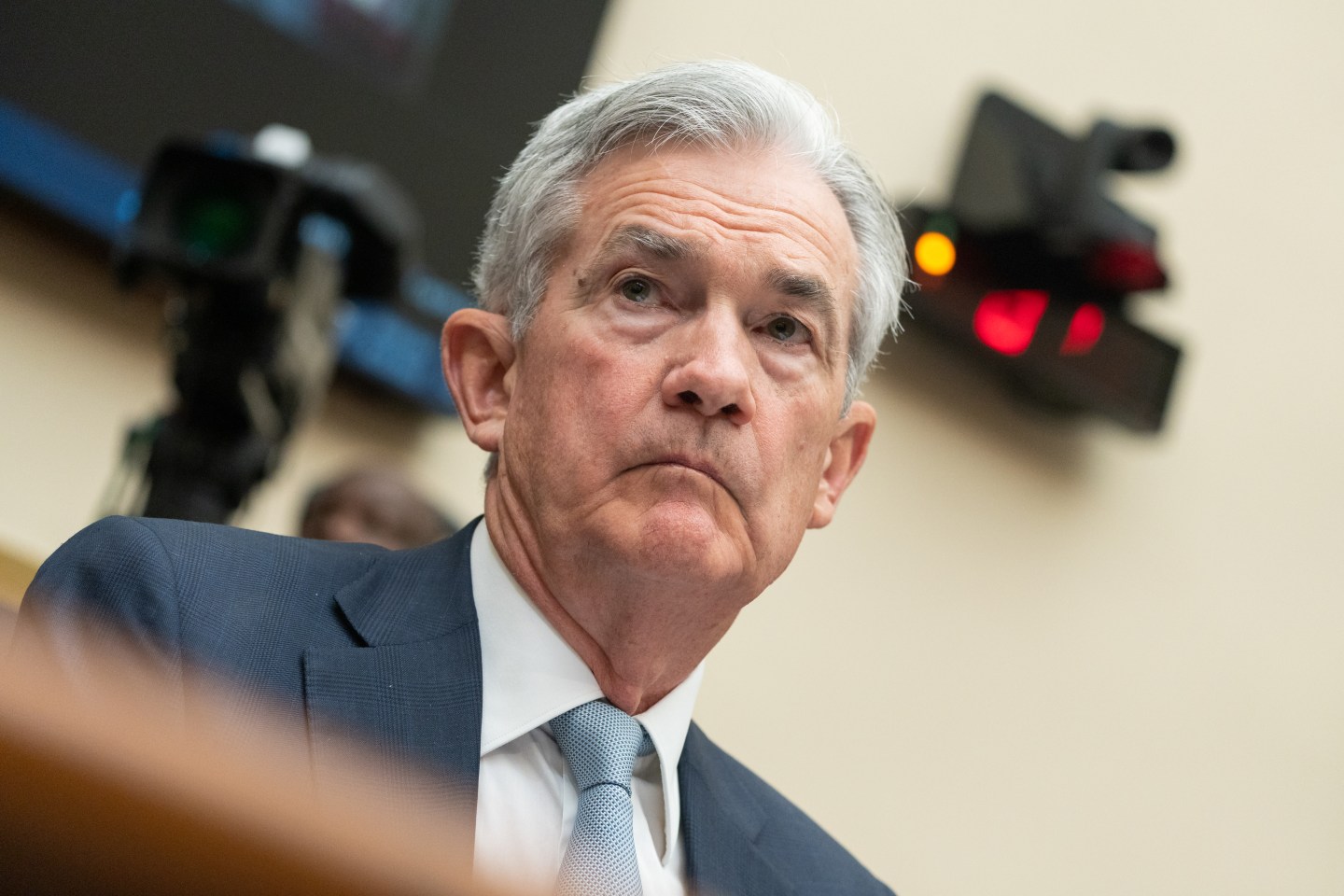 Jerome Powell, chairman of the US Federal Reserve, listens during a House Financial Services Committee hearing in Washington, D.C., U.S., on Thursday, June 23. Powell gave his most explicit acknowledgment to date that steep rate hikes could tip the US economy into recession, saying one is possible and calling a soft landing "very challenging."
Eric Lee/Bloomberg via Getty Images

Federal Reserve Chair Jerome Powell sees two possible paths for the economy and monetary policy over the next year: With some luck, inflation will cool with the help of more supply. And if that fails, the Fed won’t hesitate to impose a more painful solution.

In the best-case scenario, the Fed’s front-loaded interest-rate hikes slow demand for rate-sensitive sectors like housing, cars and other durable goods bought on credit. Plus — over time — supply disruptions ease and come back into better balance with demand. In Powell’s view, there is a chance that price growth can slow quite quickly, helping the Fed reduce inflation toward its 2% target.

“If demand can move back down, then inflation could move to back along that path just as quickly as it went up,” Powell told the Senate Banking Committee Wednesday during his semi-annual testimony before Congress.

Powell said the Fed had misjudged inflation’s momentum in late 2021. Inflation, according to the central bank’s preferred measure, is running at 6.3%. The central bank is now trying to front-load policy restraint.

Officials raised interest rates by 75 basis points earlier this month — lifting the target range for their main benchmark to 1.5% to 1.75%. Powell said that a similar move, or one of 50 basis points, was on the table when they meet late next month. Investors have almost fully priced another 75 basis-point move in July.

Collectively, Fed officials in their June projections saw inflation gliding back down to near 2% by 2024 with growth hardly dipping much below 2%, while unemployment rises modestly.

Michael Pond, the top inflation strategist at Barclays Plc in New York, says the Fed’s outlook could work out.

He points to falling freight rates and well-stocked retail inventories as signs that “supply-chain constraints are starting to ease up.”

“In our base-case forecast, we do have quite a bit of disinflation as we get into next year,” Pond says. “But there is still significant uncertainty.”

Add something else to that list: Fed officials worry rolling price shocks — most recently to food and energy after Russia’s invasion of Ukraine — could dislodge public expectations about trend prices going forward.

Survey measures of such expectations for future inflation, for example, are notoriously correlated to the level of gas prices today.

Fed officials are concerned that rising expectations now could harden into a reset of the way the public considers the average rate of inflation going forward, though they got some good news on that front on Friday.

A preliminary reading of the University of Michigan’s June measure of expected inflation 5 to 10 years ahead jumped to 3.3% — the highest reading since 2008 — and Powell and other Fed officials have pointed to that June 10 data release as one of the factors in their last-minute decision to raise by 75 basis points five days later. Final results from the Michigan survey, published Friday, showed a smaller increase, however, to 3.1%.

Chicago Fed President Charles Evans told reporters Thursday that “we can’t afford to be fooled again on this, or else it’s going to get beyond us.”

“We’re all kind of counting on these real factors improving to bring down inflation,” he said. “If we’re counting on monetary policy restraint only, then a Phillips curve which is pretty flat, and inflation expectations — I mean, you would need a much higher increase in the unemployment rate to provide inflation restraint.”

And that’s the painful scenario.

Powell told the Senate that a recession is not the Fed’s intended outcome but is “certainly a possibility.”

“Frankly, the events of the last few months around the world have made it more difficult for us to achieve what we want, which is 2% inflation and still a strong labor market,” he added.

“This is a fascinating and terrifying situation,” said Diane Swonk, chief economist at Grant Thornton LLP. “You are getting a supply shock that can feed into expectations that can make it really hard to eradicate inflation without doing something more dramatic.”

If they don’t get near-term relief with some disinflation coming from more supply, then Fed officials have made it clear that they are willing to suppress demand until prices break. Nobody knows where the tipping point into recession is in that process.

“To think that we can fine-tune something like this with tremendous precision, I mean, we just don’t have that ability,” said Evans. “The first thing that we’re looking at is to make sure we take the steam out of the inflation pressures that we’re seeing, that we bring it down to something much more in line with below 3%.”