Planned Parenthood Utah files lawsuit over state’s trigger ban. Doctors who violate it now face up to 15 years in prison 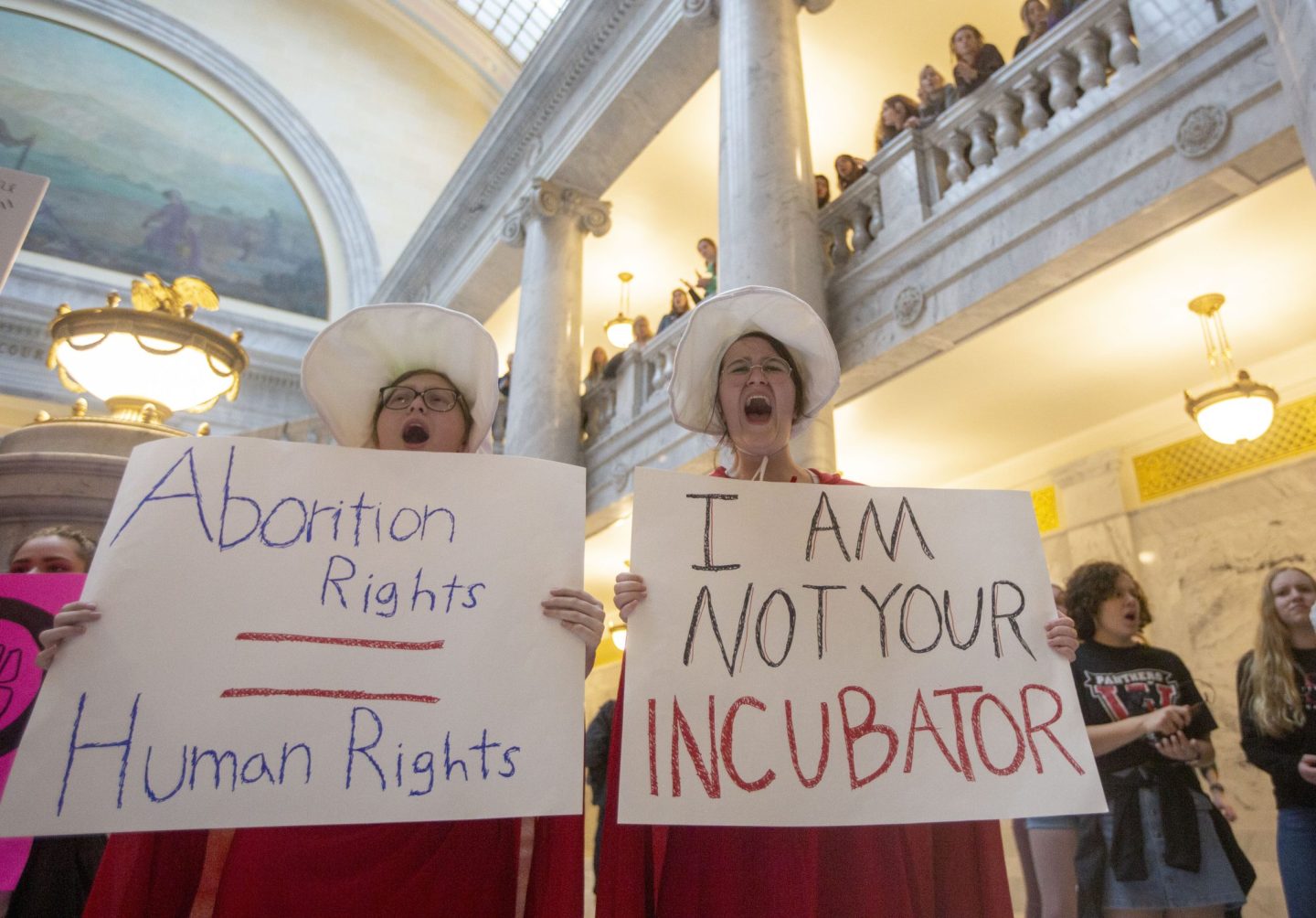 Bliss Vandeventer (R) and Vivian Malan (L) dressed as "hand maidens," hold signs at a rally to oppose abortion bans happening throughout the United States, at the State Capitol Building in Salt Lake City, Utah on May 21, 2019.
NATALIE BEHRING/AFP via Getty Images

The group said it also plans to ask the court for a preliminary as well as permanent court order against the state’s new law banning abortion at any point in pregnancy, according to the suit filed Saturday in Salt Lake City County’s Third Judicial District.

Doctors in Utah who violate the state’s trigger ban now face a second-degree felony charge and prison terms of between one-to-15 years, as well as criminal fines and loss of their professional license, the group says.

The plaintiffs allege that the abortion ban violates the Utah constitution, and if emergency relief isn’t granted, at least 55 Utahans won’t be able to get the abortion care they need in the state this week.

About 2,800 Utahans each year will face carrying a pregnancy to term against their will, remain pregnant until they can afford to travel out of state to get an abortion, or attempt to self-manage their abortions out of the medical system, according to Planned Parenthood.

The plaintiffs argue the state’s constitution protects pregnant Utahns’ rights to determine when and whether to have a family and determine what happens with their own bodies and lives.