A top antitrust lawyer lays out how golf’s fierce battle pitting PGA vs. LIV is likely to play out in court 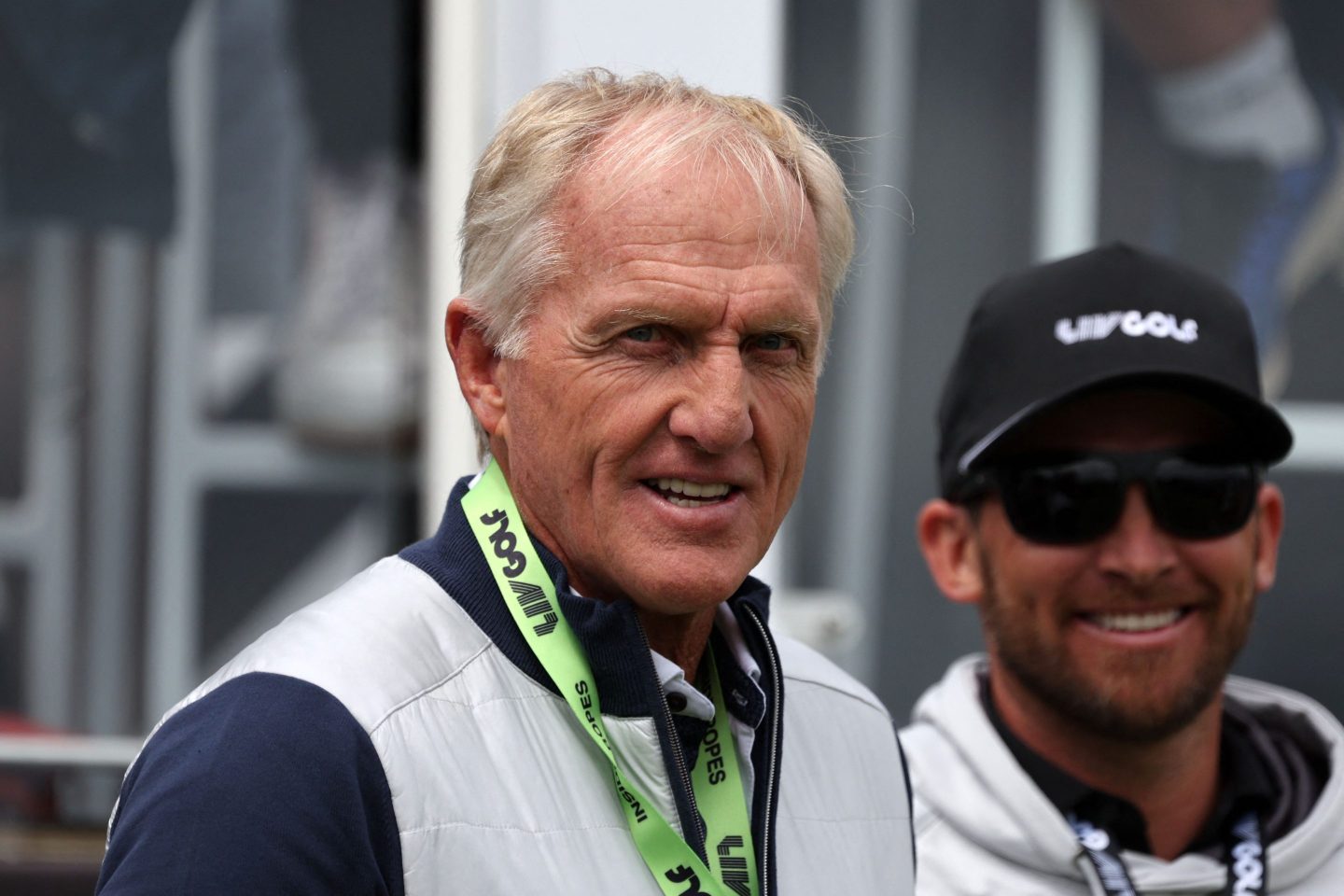 Right now the PGA and the controversial new Saudi-backed LIV tour (helmed by CEO Greg Norman) are battling it out on the course, competing for players with the new upstart offering previously unheard of purses. But ultimately, the question of whether the PGA is in violation of antitrust laws is something that will be decided in court, predicts Gerald Maatman, one of the nation’s leading antitrust lawyers at Seyfarth Shaw LLP in Chicago.

For Fortune, Maatman summarized how a suit is likely to proceed, and the issues LIV should emphasize. Maatman’s specialty is defending corporations in antitrust actions. He represented Papa John’s in a just-settled suit brought by employees contesting its policy of preventing its franchisees from poaching workers from other franchisees. Maatman is a former college all-American golfer who spoke to Fortune from Dornoch, Scotland, where he’s competing in the Scottish Senior Amateur.

Maatman believes that both a group of LIV players and the tour itself will file separate suits in federal court, and might pursue actions at the state level as well. “They could also file in New York, California, or other states if they believe they suffered economic injury from being barred from tournaments or deprived of income in those states,” he says. He expects LIV to seek immense damages. “Antitrust cases are feared because the winner receives treble damages,” he notes. “I expect that the treble damages sought in a LIV case versus the PGA could be $1 billion or more.” By the way, the entire net worth of the PGA tour as reported on a tax return in 2019 was around $1.2 billion.

Maatman predicts that LIV and the players will each bring two courses of action. First, the LIV groups will allege that the PGA denied its players income by banning them from its tournaments, and by doing so, or exerting pressure, killed lucrative endorsements for the star golfers. Sponsors of PGA tour events are nixing deals with LIV golfers; Royal Bank of Canada dumped Dustin Johnson and Rocket Mortgage axed Bryson DeChambeau. Maatman says that the majors’ role could prove a central issue in the case. Now, it’s uncertain whether any, all, or which of the PGA, U.S. Open, Open, and Masters will bar LIV players. The PGA is clearly encouraging the majors to impose bans. The Professional Golfers’ Association has strongly hinted that LIV participants won’t be welcome in the future. The U.S. Open is accepting all golfers who qualified prior to the PGA’s suspensions. “It may be concerned about the antitrust implications of banning them,” says Maatman. However, the Open authorities aren’t saying what stance they’ll take for next year’s event. Evidence that the PGA colluded with a major to block a LIV player from that major could strengthen the plaintiffs’ cases.

Second, the players and LIV, he predicts, will also launch a broad action charging the PGA under the Sherman Act with striving to quash competition and suppressing compensation. “The LIV will develop an expert damages model and present expert testimony from economists to support their theory of antitrust impact and damages,” he says. “The PGA will bring a motion for summary judgment saying that the LIV failed to prove violations of the competition laws. If the motion is unsuccessful, the lawsuit will be set for trial.”

For Maatman, the “income suppression” case won’t be a gimme putt. The PGA will summon the strong argument that its members contractually agreed to its handbook’s terms, in exchange for the benefits of playing on the tour. So the PGA had every right to discipline them. In addition, the players are getting such big payments from LIV that it will be hard for them to argue that the PGA inhibits bidding for their services. The PGA will argue that the players are getting never-before-seen windfalls despite being banned from its tournaments.

The players and LIV may also have sound grounds. “As the months go on, more and more LIV players would lose eligibility for the majors because the OWGR [Official World Golf Ranking], which is closely allied with the PGA, doesn’t count results from the LIV, and the PGA no longer allows them to get new points by participating in its events,” says Maatman. The plaintiffs could argue that the loss of prestige and endorsements for an exile from the majors is costing LIV players a king’s ransom.

Will the PGA settle?

Maatman believes that two factors could push the PGA to settle. First, though it could well win the income suppression case, the cost of losing would be ruinous. Second, the PGA is on much weaker ground in the antitrust action. “The PGA’s so intertwined with other organizations—that, in concert, can inhibit competition,” says Maatman, noting, for example, the DP European tour, the Professional Golfers’ Association, all the majors, and the OWGR. Anything the PGA does to flex its muscles to hurt LIV will weaken its antitrust case, he adds. Maatman also points out that 99% of all antitrust cases are either dismissed or settled before going to trial because the stakes are so dramatically high before a jury. “In the LIV versus PGA cases, there will be hydraulic pressure to settle, because it’s probable that the Saudis under these circumstances promised the golfers they’d pursue the case to the end, and have plenty of money to do so, and the potential damages to the PGA are potentially so significant,” he says.

In a settlement, LIV and players could notch a huge victory, even if they collect little in damages. The PGA could settle by allowing competing tours to operate freely, says Maatman. “That would be a huge victory for LIV and players. It would change the face of the game by making it impossible to block new entrants. It would unleash market forces creating a system whereby the players maximize their earnings. They could potentially play in any league or multiple leagues they want, and get the appearance fees they merit.”

The PGA Tour declined to make officials available for comment on the legal issues. A spokesperson for the tour did provide Fortune with the following statement: “We have been working with outside antitrust experts and are confident in our position.”

A year ago the PGA’s dominant position looked unassailable. Now, it’s anything but.