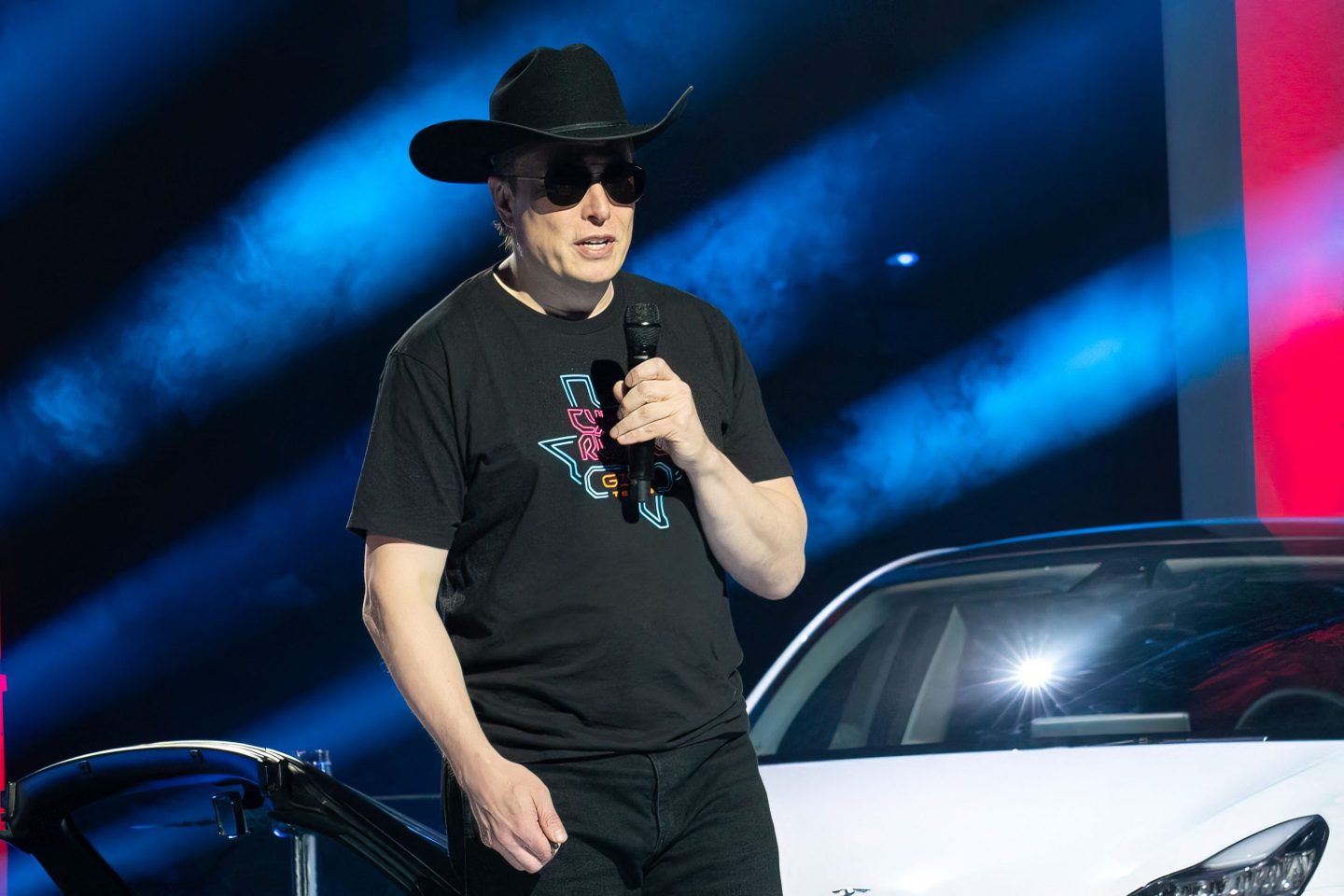 Elon Musk's squabble over Tesla's access to Indian markets "may be a major gift to India," writes Vivek Wadhwa. "It will provide the Indian automotive industry the space necessary to build vehicles that will take the global industry by storm."
Suzanne Cordeiro—AFP/Getty Images

“Tesla will not put a manufacturing plant in any location where we are not allowed first to sell & service cars,” Elon Musk recently tweeted, in response to a question about its plans for India. Like some other things Musk has been saying of late, this did not reflect reality.

Many Indian states, and the central government, have been bending over backward to get Tesla to establish a manufacturing plant in India and take advantage of the country’s massive market. What Musk wanted, and India was not prepared to offer, was a license to import its Chinese-made vehicles without any duties, providing it with an advantage over every other automaker.

India’s government made absolutely the right decision in locking out the Chinese-made Teslas, because India is developing a new generation of electric vehicles, built for the masses, which could dominate global markets. These incorporate the latest technology breakthroughs—unlike the Teslas, whose underlying tech is now more than a decade old, with nothing more than some software upgrades and a dangerous autonomous-driving technology.

For India, in this age of exponentially advancing technologies, the Teslas are as out of date as were the 1950s vintage Hindustan Ambassador cars that dominated its roads until the mid-‘80s. The concept car that Tata Motors has developed, the Avinya, is what Tesla should have evolved into six years ago. The “Born Again” electric cars that Mahindra is unveiling this July are likely to be as functional as Tesla’s models, while costing less than half as much. Given the global reach these companies already have—Tata owns Jaguar, and Mahindra is among the largest supplier of tractors and pickup trucks—I’ll eagerly wait for these to be available in the U.S.

Before you write me off as another Tesla short-seller or someone with an axe to grind, let me tell you about my background with Musk and Tesla.

I became one of the first purchasers of the Model S after Musk had me bumped to the front of the waiting list in 2012. Musk had endorsed my first book, Immigrant Exodus, and disclosed for perhaps the first time his plans to retire on Mars, at a discussion we held at an event at Fox Studios in Los Angeles. In those days, Tesla was on the verge of bankruptcy, and Musk was taking incessant fire from skeptical journalists, particularly one from The New York Times. In an article in The Washington Post, I proclaimed myself a “Tesla fanboy” and raved about the Model S, calling it a “spaceship on wheels.” Subsequently, I wrote many articles defending and praising Musk.

I also sold my original Tesla and bought a new one in 2016, to be ready for the software upgrades that Musk said would add autonomous-driving capabilities within two years. E-mails from his sales executives confirmed that the car I was purchasing had all the hardware necessary for what Tesla calls Full Self-Driving (FSD).

The upgrades never arrived. Tesla’s technology is essentially the same as it was six years ago. Now I am told that if I want FSD, I will need to buy another new car. And to add insult to injury, Tesla wants $12,000 on top of an inflated car price for this feature. Frankly, given the many reports about Tesla collisions and the negative experiences I have had, I no longer trust anything that the company says. The car’s autopilot once drove the car into my garage door, and I’ve had many close calls on the road, including while being filmed by PBS NewsHour’s Paul Solman for a segment in which I was raving about my Tesla.

I don’t believe that Tesla’s technology will ever drive itself safely because it lacks the proper sensors, relying mainly on older-generation cameras. But companies such as Waymo and Cruise, which are using more advanced lidar sensors and treading more carefully, likely will. I had even purchased a Model X because I wanted a more modern look and feel – but I returned it because the interior seemed to be constructed of cheap plastic and the car had design defects.

Therefore, a decade after falling in love with Tesla, I am ready to break up.

India, which lacks the gigafactories that Tesla has built in the U.S. and China, could be left behind in battery production. But, here too, time and technology may be on India’s side. The dark horse in this race is Reliance’s Mukesh Ambani, who recently purchased a British company, Faradion, for 100 million pounds. In e-mail exchanges, I surmised that he had global ambition concerning sodium-ion batteries.

Faradion’s sodium-ion batteries have almost the same energy density and power as the lithium cells that Tesla uses—but can be produced for a fraction of the price, without the environmental destruction, because sodium is abundant and easy to capture. The slight tradeoff in extra mass may be worth it to EV manufacturers, because most people around the world don’t need the 300-mile range that consumers in the U.S. seem to desire. The sodium-ion batteries also perform better in the cold and aren’t subject to the thermal runaway that has led lithium-ion batteries to burst into flames.

A version of this essay previously appeared in the Hindustan Times.

Vivek Wadhwa is an academic, entrepreneur, and author. His latest book, From Incremental to Exponential, explains how large companies can see the future and rethink innovation.