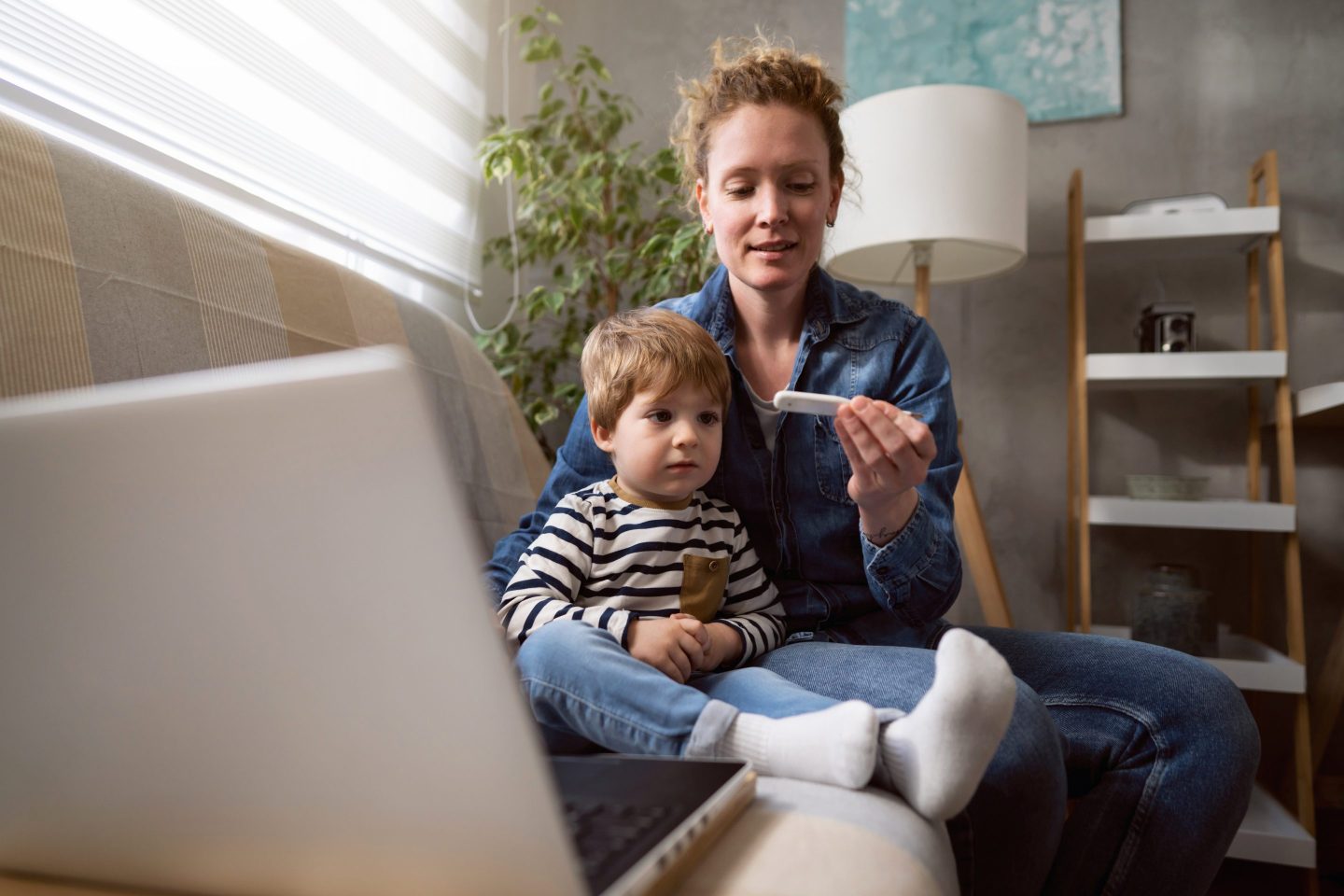 Parents are struggling with emergency school and childcare closures—draining their time off balances in the process.
SrdjanPav—Getty Images

At the beginning of May, Vanessa Clay McEntire got a call one morning from her youngest son’s preschool with bad news.

A child in the class had tested positive for COVID-19, so she needed to come pick up her son. And the class would be closed for five days. The next week, when the Virginia-based working mother of three went to drop off her son, the teacher asked an odd question: Had they attended a birthday party over the weekend?

They had not. But apparently not everyone was following quarantine protocols: The school ended up closing for another 10 days because six teachers and 14 kids came down with COVID.

“Thankfully, I have a flexible and understanding boss. But if I had a job where I hadn’t been there for 15 years, and they didn’t know that I had all these issues with my kids? They would be like, See ya,” Clay McEntire tells Fortune.

Still, every time Clay McEntire has to send her manager an email about needing to stay home because of school closures due to COVID, it’s fraught. “It’s really, really, exhausting. It’s frustrating,” she says. “It’s a constantly moving target.”

Many parents feel this frustration as the world moves into the third year of the pandemic. About 72% of U.S. parents say the recent disruptions to their children’s schedules due to the COVID-19 pandemic are stressful for them, according to a recent Harris Poll survey with the American Psychological Association.

“It’s sort of this perfect storm of obstacles, just making things even harder for folks—even this far into the pandemic,” says Allison Johnson, campaigns director of the nonprofit ParentsTogether. “Families are still experiencing a lot of disruption or difficulty. Choices are a little bit easier now than maybe they were at the beginning. Which is certainly a bit of a relief, but it’s definitely still not easy.”

Johnson, a mother herself, is right in the midst of it all. Her first-grader was recently out of school for a week when he came down with COVID. And then her three-year-old daughter was out three full weeks because she came down with a more severe case. Fortunately, Johnson and her husband were able to work from home to care for their kids. “We just sort of made do, kind of tag-teamed—and [the kids watched] a fair bit of TV,” she says.

But even with all this newfound work-from-home flexibility, it’s not easy. While the White House recently said vaccinations for children under 5 should be available in a few weeks, parents of this age group have struggled mightily this past winter and spring, facing a lot of uncertainty as COVID numbers rose with one wave after another. “It’s just falling so much harder on the folks with younger kids, who were having challenges finding childcare even before the pandemic,” Johnson says.

More than a third of parents (36%) say the uncertainty around school and childcare COVID closures are complicating their ability to confidently navigate parenting right now, according to the 2022 KinderCare Parent Confidence Report, which recently surveyed 2,000 U.S. parents with children age 12 and younger.

More than half of parents (53%) surveyed by ParentsTogether in February reported they had experienced childcare closures. Of those parents, about 45% reported that they lost work because of the disruptions. And Johnson says those numbers are likely even higher now due to the latest COVID surge.

Some families are going much longer than just a week or two without childcare. Leah, a Washington-based working mother of two kids, says COVID kept her family sidelined for most of May. (Leah asked to be identified by her first name only to protect her privacy.)

It started when their nanny tested positive early in the month. Just as she was getting better, Leah’s 6-year-old tested positive, and then her unvaccinated 3-year-old came down with the virus as well. Leah kept her children—who she says were both pretty asymptomatic—home from school for about a week, but at the end of the quarantine, she tested positive herself and wound up sick for a week.

“My husband and I are both working professionals, and we’re older parents, so we’re a little more established in our careers, which is a blessing and a curse. We have some of the things that make it easier, like good benefits,” Leah says. But her husband is a manager who typically can’t afford to take much time off from work. So when everyone got sick, she shouldered most of the care burden, taking a total of nearly two weeks off from work.

“We’re more fortunate than most, but [it’s still] two weeks off work,” Leah says. “It’s also really challenging as a mom because I want to take time off to be with my kid who is sick, but then what do I do when the second one is sick?”

And what happens if another surge hits this year? And another? The U.S. workers lucky enough to have paid time off typically get only about eight sick days and 10 vacation days (not including holidays) a year, according to the Bureau of Labor Statistics. And while some states or individual employers are still providing additional COVID sick leave, the federal program mandating time off has expired.

“It’s obviously a whole lot harder when you’re an hourly worker,” Johnson says, adding that there are still a lot of parents out of the workforce because of the pandemic.

In many cases, parents are looking for both employers and the federal government to step up. About 65% of parents surveyed by KinderCare say there’s a disconnect between employers and childcare support. And 73% say it’s “rare” to find an employer that offers childcare benefits and supports beyond the basics.

“We need to have a reckoning of our leave time in our workplaces,” Leah says.

The summer months are unlikely to provide much relief. With many childcare providers short-staffed and COVID cases still running rampant, it’s likely parents will continue to have emergency closures to contend with. “It just points to the real need for this kind of childcare rescue package that Congress has been talking about for so long,” Johnson says.

While President Joe Biden’s Build Back Better legislative package remains stalled in Congress, Senators Patty Murray (D-Wash.) and Tim Kaine (D-Va.) are spearheading a bid to include a streamlined childcare and early learning proposal in the ongoing budget reconciliation process.

“The pandemic has made it even clearer that not to do something at this point, after millions of families have literally spent two years barely hanging on, just feels inexcusable,” Johnson says.