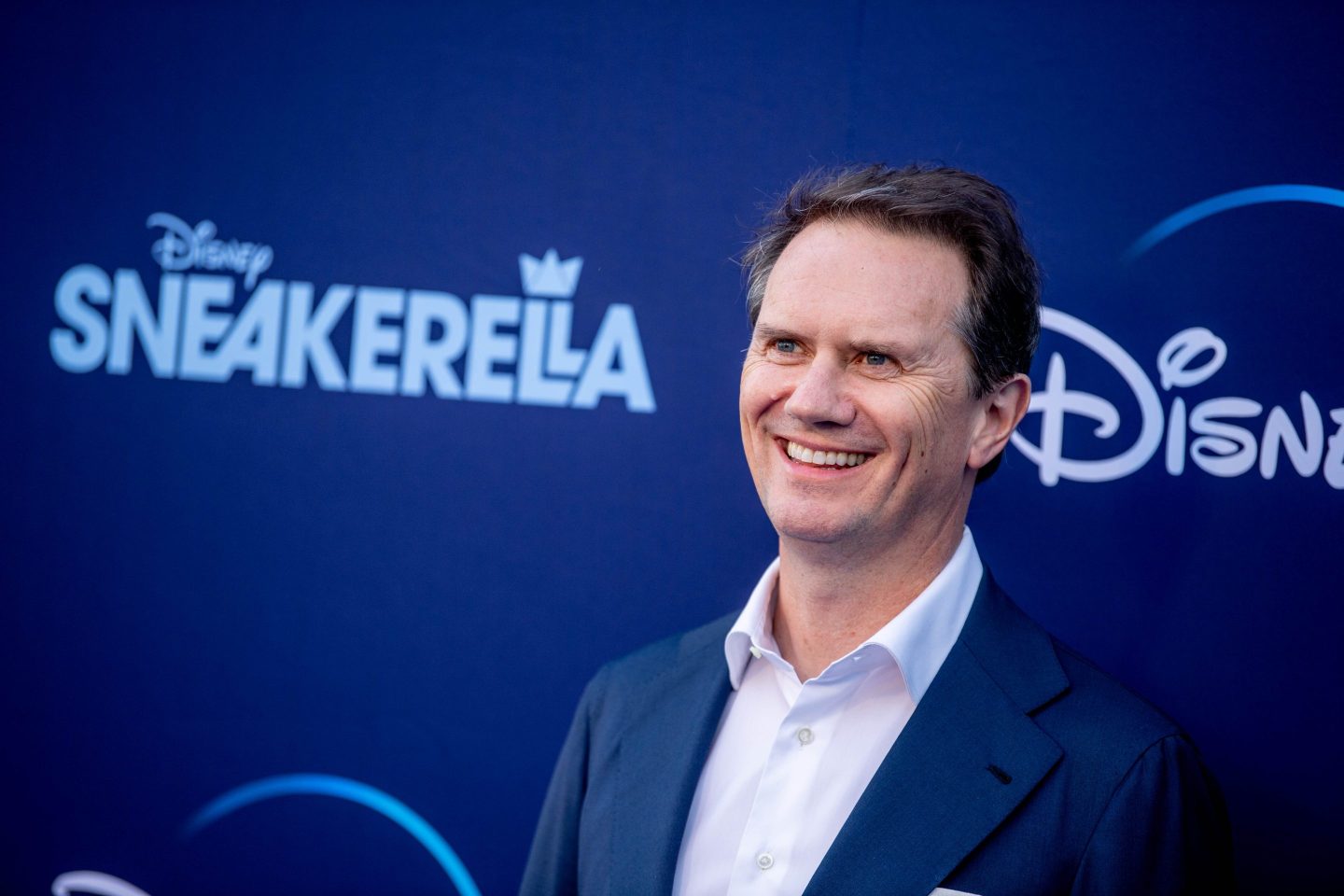 “The strength of the Walt Disney Company’s businesses coming out of the pandemic is a testament to Bob’s leadership and vision for the company’s future,” Arnold said Thursday in an emailed statement. “In this important time of business growth and transformation, we are committed to keeping Disney on the successful path it is on today, and Bob and his leadership team have the support and confidence of the board.”

Chapek’s leadership has come under scrutiny over the past year as he wrestled with challenges that included a high-profile dust-up with Florida Governor Ron DeSantis over a new law limiting discussion of sexual identity in classrooms. Disney shares are down 32% this year, more than double the decline of the S&P 500, as Wall Street grows disillusioned with ongoing losses from streaming at Disney and the industry as a whole.

“Dana is a dynamic, collaborative leader and cultural force who in just three years has transformed our television business into a content powerhouse that consistently delivers the entertainment audiences crave,” Chapek said.

Rice was fired from his role as head of TV content, one of the top positions at the entertainment giant. The 55-year-old was chairman of general entertainment content and oversaw a vast swath of shows carried across Disney’s various networks, including ABC and the Disney Channel. He came to Disney with the acquisition of 21st Century Fox entertainment assets in 2019, and was once considered a possible CEO for the company.

Chapek took over in February 2020 right before the pandemic began its march across the U.S. He’s made some decisions that are unpopular internally, such as taking the authority for approving new TV shows and movies away from creative executives like Rice and putting them in the hands of new group of distribution-focused managers.

Rice was ousted by Chapek in a meeting Wednesday, the New York Times reported, citing people briefed on the matter who said he didn’t fit in with Disney’s culture.