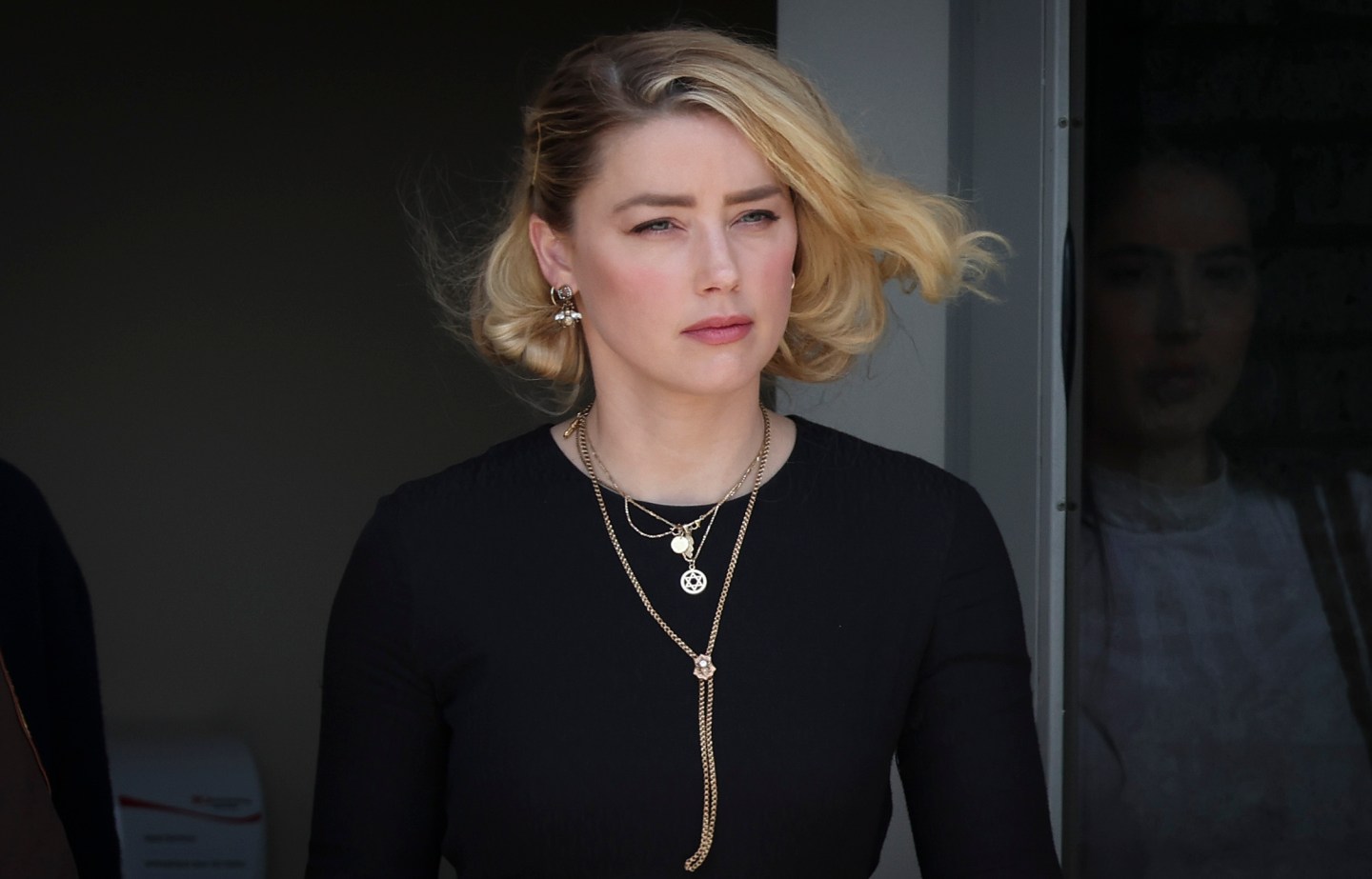 – Real consequences. On Wednesday, a jury delivered a shocking verdict: with her 2018 op-ed “I spoke up against sexual violence—and faced our culture’s wrath. That has to change,” Amber Heard defamed her former husband Johnny Depp.

Depp sued Heard for defamation in 2019, alleging that his reputation and earnings suffered after she described herself in the op-ed as a “public figure representing domestic abuse” without naming him. The pair, with a 22-year age gap between them, married in 2015 and ended their relationship in 2016. Evidence of alleged abuse throughout the course of their marriage presented during the trial included photos of bruises and text messages in which Depp fantasized about murdering Heard and wrote he would “f*** her burnt corpse afterwards to make sure she’s dead.” In a statement following the verdict, Depp called the allegations “false, very serious, and criminal.”

Over the course of the trial, a partially right wing-funded media machine on TikTok, YouTube, and Facebook attempted to paint Heard as a liar and unreliable. The jury—which was not sequestered and was therefore potentially exposed to that media influence either directly or through friends and family—delivered a judgment against Heard this week, while also deciding that Depp, through his lawyers, had defamed Heard in return. Heard owed Depp $15 million in damages, while Depp owed her $2 million. (The judge cut down Heard’s owed sum to $10.35 million to comply with the law in Virginia, where the case was tried.) A court in the U.K. came to an opposite conclusion in 2020 when Depp sued a tabloid for calling him a “wife beater;” that case was decided against Depp by a judge rather than a jury. Depp’s attorney called that decision “perverse” at the time.

While the most recent trial was supposed to focus on the narrower question of defamation, it ended up re-litigating their relationship in the court of public opinion. Followers of the trial and, it seems, jurors, doubted Heard as a victim, although the jury didn’t directly deliver a verdict on whether the allegations of abuse were true. Opponents of Heard emphasized flaws in her character and alleged violent behavior of her own. To the meme-makers and Depp’s legion of fans, Heard wasn’t a believable survivor— but that’s because a “perfect victim” doesn’t exist. (Nor does the concept of “mutual abuse;” ultimately, one partner has more power, experts say.) “There was a bias against her because in our nation, we believe that victims are docile, we believe that victims don’t have a choice,” Ruth Glenn, president of the National Coalition Against Domestic Violence, said in an interview. “It’s far more complicated. And … she didn’t fit the narrative and the stereotype that we have in our minds.”

The most important questions at the center of this case shouldn’t be how much you like Johnny Depp or even whether you believe Amber Heard. The real consequences reach far beyond either celebrity. Depp’s victory has set the precedent that if a survivor of abuse comes forward with their experience without even naming their alleged abuser, their more powerful alleged abuser can wield their influence, money, and resources to punish the accuser. “It furthers the notion that victims are not to be believed,” says Glenn of the verdict. “It furthers the notion that you have to be careful coming forward, whether it’s in written word or not. And it further says there’s a possibility you will endure society’s wrath, whatever that might look like. For coming forward, you may endure mockery, you may endure a malicious response. There’s still a possibility in 2022 that you will not be believed.”

This fall will mark the fifth anniversary of #MeToo. Some of #MeToo’s achievements are holding up; a court, for example, upheld Harvey Weinstein’s rape and sexual assault conviction yesterday. But when the situation gets murkier, is our commitment to believe women wavering? Is a backlash brewing?

After the verdict came in, Heard said as much. The verdict is “a setback” “for other women,” Heard wrote in a statement. More than a setback, it’s a form of silencing. Not just for Heard, but for all survivors.

- Wedding bell blues. Meta employees describe "confusion, disarray and declining confidence" inside the company formerly known as Facebook as Sheryl Sandberg announces her impending departure as COO, Fortune's Jeremy Kahn and Jonathan Vanian report. Meanwhile, the Wall Street Journal reports that Sandberg was facing an investigation at Meta into her practices at the company when she quit, including previously unreported alleged use of company resources to plan her upcoming wedding.

- Long-awaited approval. Vaccinations against COVID for children under 5 could begin as soon as June 21, the White House said yesterday. COVID-19 response coordinator Ashish Jha told reporters that if the Food and Drug Administration authorizes the vaccines at a June 15 meeting, shipments of the vaccines would arrive to immunizers the following weekend. NPR

- Jubilant holiday. The first day of Platinum Jubilee celebrations for Queen Elizabeth II ended with "some discomfort" for the 96-year-old monarch, who dropped out of a planned service of thanksgiving as a result. Prince Harry and Meghan, the Duke and Duchess of Sussex, joined the British royals publicly for the first time since they stepped down from their roles in 2020. The celebrations of the Queen's 70-year reign continue today. CNN

- It's electric. General Motors, Ford, and Chrysler, the big three Detroit-based automakers, are revamping their businesses to compete in an electric future. Part of that includes a talent transition for the nearly 300,000 Michigan workers at their plants. GM CEO Mary Barra is bullish on the shift, telling Fortune’s Jaclyn Trop that the company has seen an influx of applications following its push to EVs. Fortune

- Big relief. The Biden administration announced plans to forgive the student loan debt of 560,000 former students of the now-defunct for-profit Corinthian Colleges, amounting to $5.8 billion in outstanding federal loans. Vice President Kamala Harris won a judgment against the institution in 2016 when she was attorney general of California. The decision indicates movement toward debt forgiveness from the Biden administration. Los Angeles Times

- Opening up. Golfer Michelle Wie West, who began her professional career at age 10, reflected ahead of the U.S. Women's Open and her expected retirement. When asked how women’s golfing has changed since she started, Wie West said “when doors get closed on us, we just keep pushing." The U.S.G.A. recently increased the prize money for the women's tournament to a closer-to-gender-parity $10 million, with the winner earning $1.8 million. New York Times

- Solemn recognition. Amerie Jo Garza, one of the 19 elementary school students killed in a mass shooting in Uvalde, Texas last week, was posthumously awarded the Bronze Cross from the Girl Scouts of Southwest Texas last Friday. Garza had just joined her local troop in December but was already known for helping others, including defending classmates from bullies and earning her school’s "Heart of Gold" award the year prior. The Bronze Award is given to scouts who risk their lives trying to help others; it is believed Garza was one of two students who called 911 for help when the 18-year-old gunman shot her. Washington Post

- Crypto rewards. Outdoor Voices founder Ty Haney has raised $9.8 million for Try Your Best (TYB), her blockchain rewards startup. Brands can use the startup to reward their customers with virtual coins that can be exchanged for physical products. Haney left Outdoor Voices in 2020 and launched TYB this spring, debuting with an NFT drop for CBD company Joggy. TechCrunch

Yep, I’m Che: Sara Ramírez reveals all about And Just Like That, romancing Miranda and TV’s buzziest queer character Variety

"I wasn’t saying ‘no’ necessarily for me or because I was angry. I was saying ‘no’ because I hope that there will be more equality in the future."

-Actress Arden Cho on her decision to leave Teen Wolf and turn down the opportunity to star in its sequel because she was offered lower pay than her white and/or male co-stars.