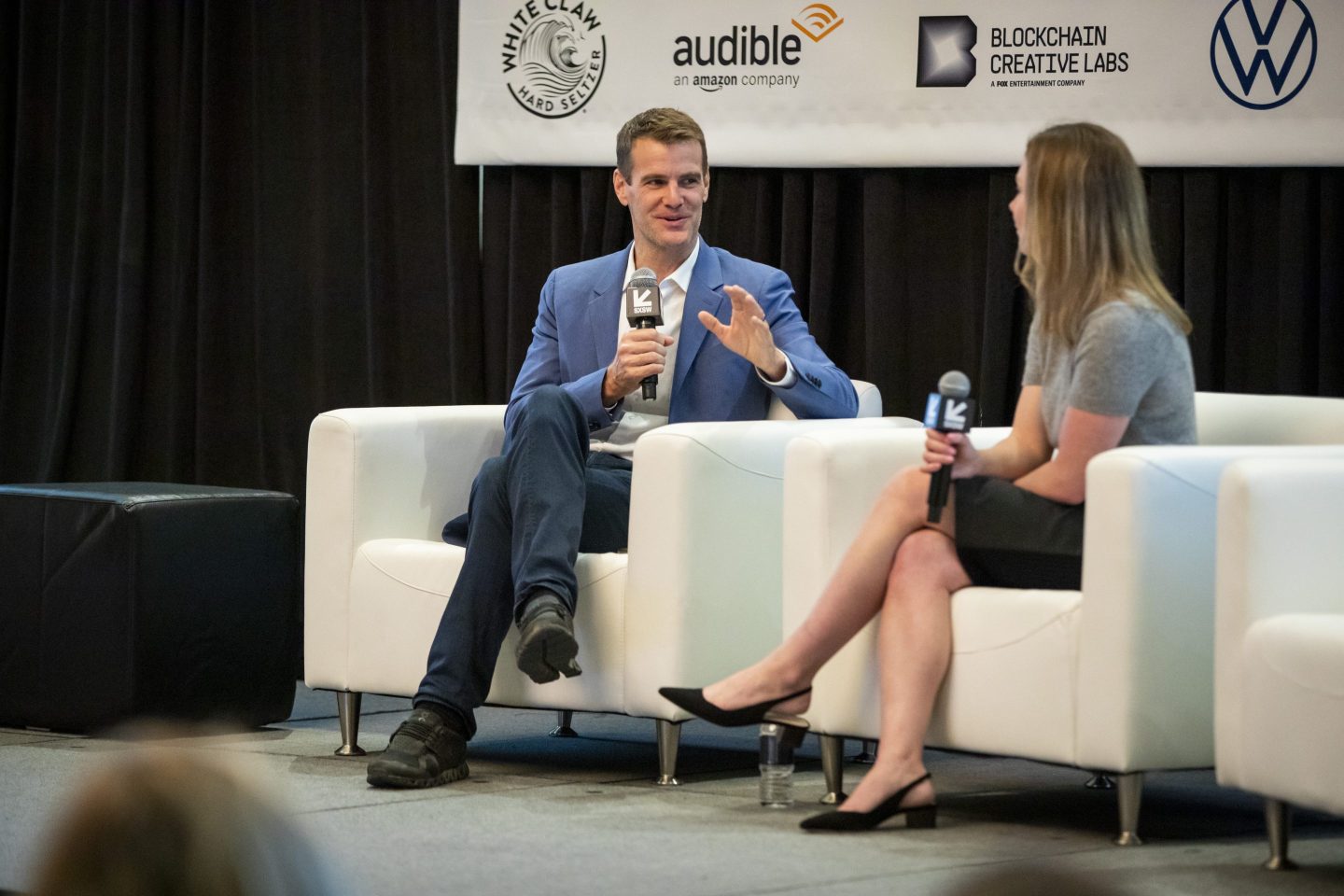 Over the course of one very worrisome week in February 2020, it became clear to Moderna’s president, Dr. Stephen Hoge, that the novel coronavirus was going to be a very, very big deal.

At that point, “it felt very far away,” he told Fortune editor-in-chief Alyson Shontell during a panel at South by Southwest in Austin this past March. “There was still this sense that you could keep it at bay. But it [quickly] became clear that this thing was going to spread like wildfire. It was not going to be stoppable.”

At the end of February, Hoge and his team gathered in a conference room and began formulating an action plan, debating if they should go all in.

“We knew it would shut down global economies. Millions of people were going to die,” he said. “It started getting really dark. And then we thought, well, can we solve it?”

The solution: manufacturing a billion doses of an mRNA vaccine—and very fast. But to pull it off, Hoge and his team knew that they would have to essentially bet the entire future of the company on one vaccine.

It paid off. “We never once looked back,” he said. “It was an all-or-nothing moment for us.”

Hoge, who started his career as a medical doctor before joining McKinsey as a consultant, took a role at Moderna in 2012 as senior vice president of corporate development in the new oncology drugs concepts segment. The biotech company was just two years old, but growing fast. In the early years, Hoge said, “we felt like we had to grow—and expand complexity—10-fold every year. Then, during the pandemic, it felt like it was every month, another 10-fold.”

He was promoted to president in 2015, and Moderna’s hyper-growth forced him to quickly come to terms with what it means to be a good leader.

“Leadership is about surrounding yourself with really great people and putting them in places to succeed,” he said. “If you can do that, usually you end up looking good.”

Hoge says his core responsibility as a leader is to put people in positions where they can succeed as opposed to leaving them in roles that might have changed as the company grew. He saw the importance of bringing in additional support so workloads were more manageable in an effort to rebalance and continue innovating during the height of Moderna’s pandemic growth.

“Growth is really hard, but we were trying to save the world—it turns out that’s a good recruitment tool. People get fired up about that,” he said. “But it was still a tight labor market.”

Despite all the crazy hiring, Hoge says they’ve remained 10% to 15% below their recruitment targets. To alleviate the issue, he says his team has “thrown a tremendous amount of resources” into hiring, training, and retention, including building a training site, “Moderna University,” for new-hire onboarding and a pharmaceutical industry crash course for newcomers.

The key to thoughtful efficiency, Hoge says, is empowering your workforce to go out and achieve the company’s goals. There was no time to micromanage the huge problems Moderna was trying to solve. Hoge didn’t care if it took a sledgehammer—he wanted to provide his team with the tools they needed.

“The key is communication,” he said. “People need to understand the risks you’re taking, why you’re taking them, how you’re going to recover if something goes wrong. Lots of things did, but we kept moving forward.”