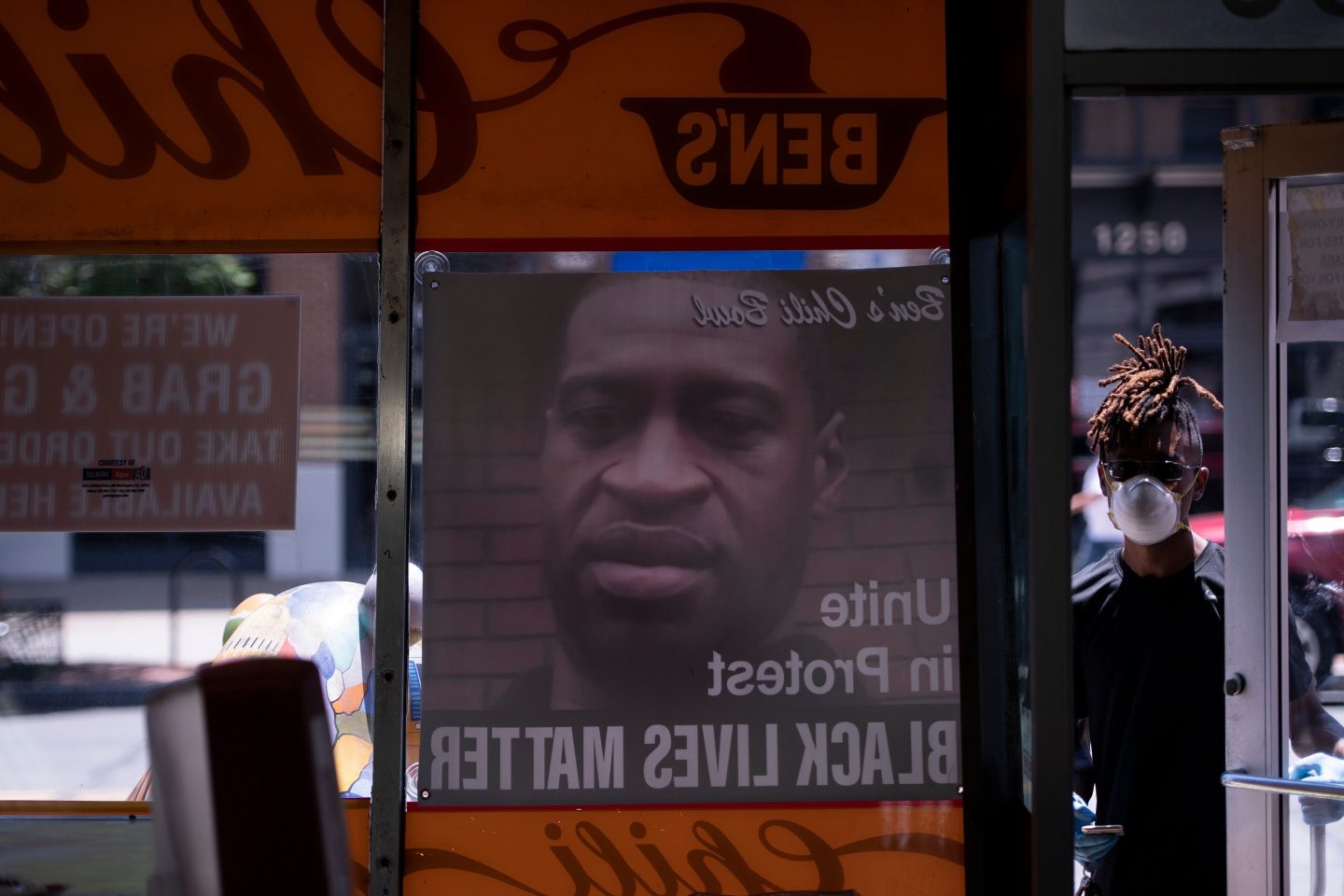 Black entrepreneurs face barriers at every stage of getting a business off the ground. Only four percent of Black-owned businesses survive the startup stage, even though 20% of Black Americans start businesses.
BRENDAN SMIALOWSKI - AFP - Getty Images

In the two years since George Floyd was murdered, America’s biggest companies have committed $50 billion in support of racial equity and adopted new anti-discrimination policies and pay equity initiatives. Then-candidate Joe Biden made racial equity a pillar of his campaign. Streets were painted; marches were organized.

That is all well and good–but it’s not nearly enough. Without equal access to economic opportunity, people of color face a massive wealth gap. The net worth of a typical white family is eight times that of a Black family and five times that of a Hispanic family. That wealth gap is the result of decades of systemic bias and racism, redlining, lending discrimination, inequity in wages, and inadequate access to education to name just a few.

However, there is another pervasive reason for the wealth gap that often gets left out of conversations in Washington: There is no way to close the racial wealth gap without tackling structural inequities that hold people of color back from starting, owning, and scaling businesses. This isn’t just about capital, although capital is a key piece of the issue. More broadly, there is inequity throughout the entire entrepreneurial ecosystem which holds back women and people of color from succeeding as business owners.

The costs of getting off the ground are far steeper for people of color, with one venture capitalist estimating it costs a quarter of a million dollars more for an entrepreneur of color to start the same business as someone who is white. People of color have less access to financial literacy, less representation in MBA programs, and less opportunity to find a mentor that looks like them in those programs. That’s not enough.

Once they are open for business, minority-owned businesses face more barriers to getting financing and are far more likely to get shut out of financing completely. Black and Hispanic female founders get less than half a percent of total venture capital investment. Only 9.4% of federal contracts go to minority-owned small businesses. That’s not nearly enough.

Barriers to entrepreneurship aren’t just an equity issue, they’re an economic one. That’s because entrepreneurship leads to higher incomes and more wealth. Black entrepreneurs have 12 times more net worth than their peers who work for an employer. Entrepreneurship also provides opportunities for individuals to earn in economic downturns as we just saw during the pandemic. In 2021, a record-breaking 5.4 million new business applications were filed, a 53% increase from 2019.

Achieving equity in entrepreneurship has the potential to unleash a new era of businesses, hiring, and generational wealth. That’s why the National Urban League, a historic civil rights organization dedicated to economic empowerment, and Third Way, a leading center-left think tank, are launching the Alliance for Entrepreneurial Equity.

Entrepreneurial success is one of the greatest drivers of wealth creation and must be at the center of any national effort to create racial equity and expand economic opportunity.

Policymakers have an opportunity to create a post-pandemic economy that is stronger and more equitable than any U.S. economy in the past. We must ensure that happens.